As battle between motherboard manufacturer gets heated up with them coming out with various innovative features for the different target audience and market group, we have reached a point where performance of motherboard is almost negligible. All manufacturers make decent consumer motherboard as long as they follow the respective Intel guidelines. Today, we can only compare motherboard innovation in terms of aesthetic design, power design and probably… how it is marketed. This motherboard that we are working on today excels in all these categories. With extraordinary aesthetic design and unique in house created chips to ensure the utmost reliability of this motherboard, the ASUS Sabertooth Z97 Mark S is one motherboard not to be missed today.

ASUS Sabertooth Z97 Mark S is a limited edition motherboard. I.E. to say, only a limited number of such units will be produced and each unit will be individually tagged. We’ve got our hands on lucky number 1718 from ASUS SG to put this wild beast to test. 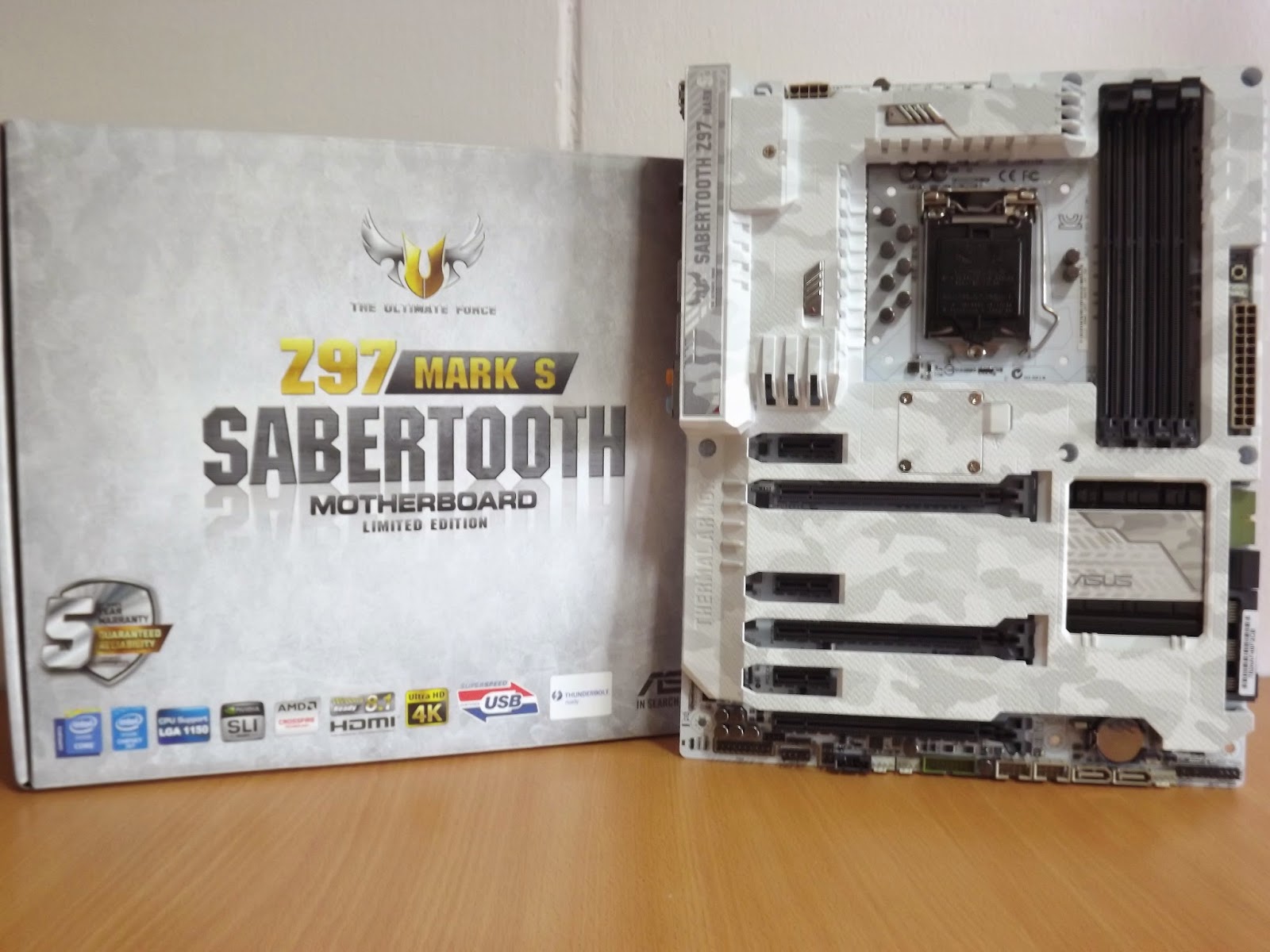 Upon first look at the ASUS Sabertooth Z97 Mark S, you’ll know that it is not the usual Z97 motherboard. In fact, it is the only motherboard with a white PCB in the market right now, making it extremely rare. Many could find pure white quite plain. That is why ASUS also decided to add on a special Artic Camo design throughout the front thermal armor. 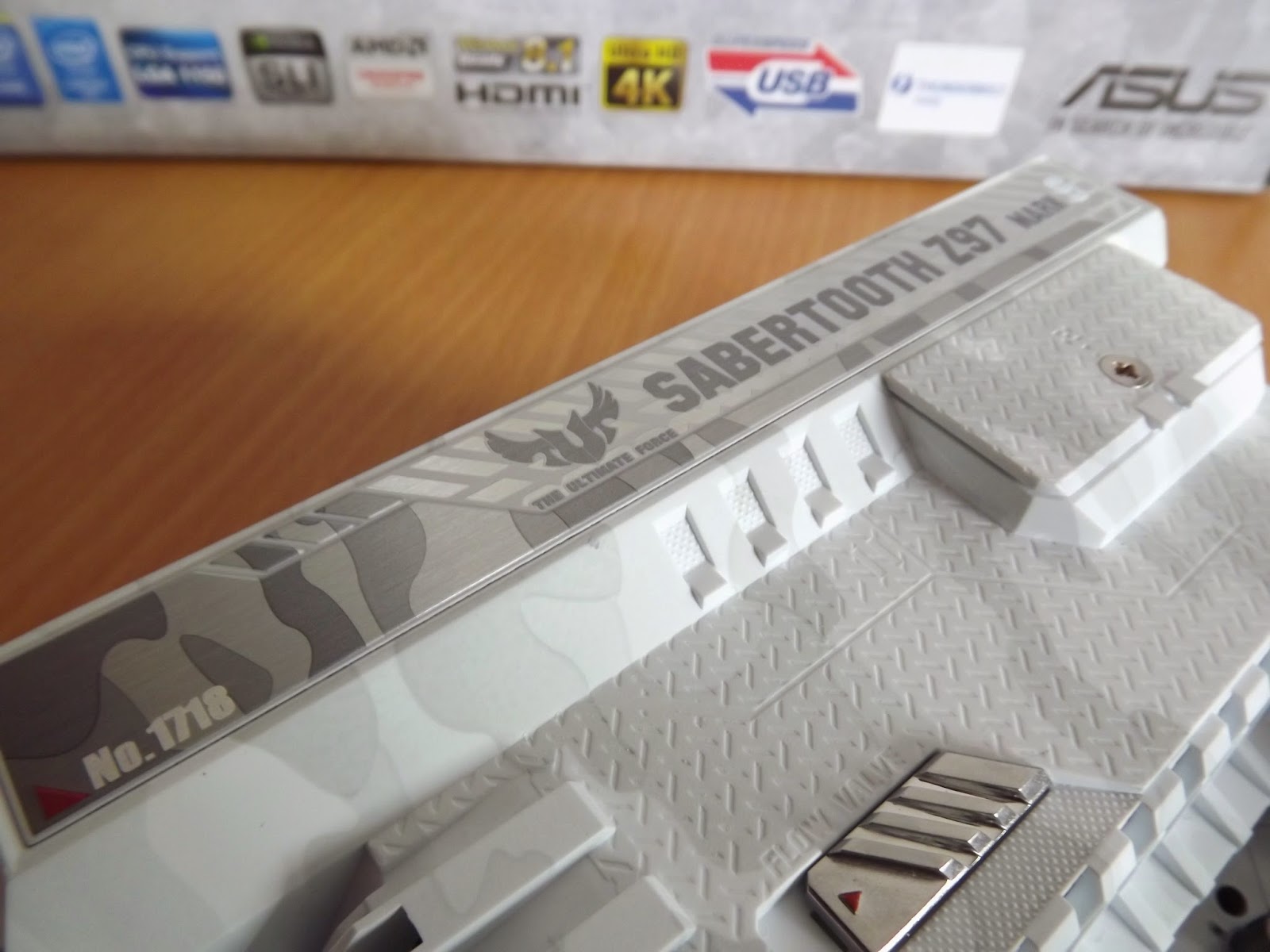 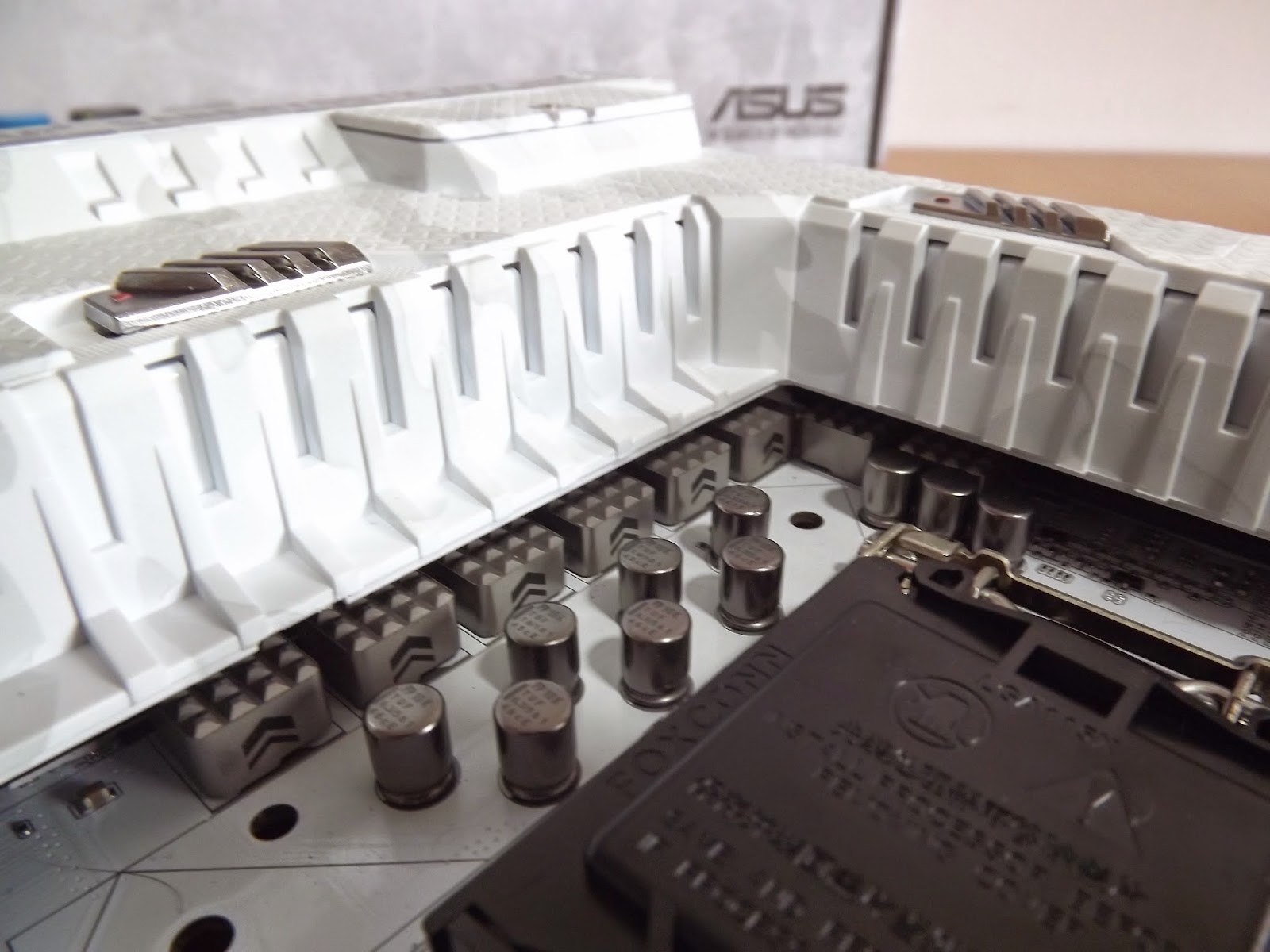 Thermal vents can also be manually opened or closed. Unique grooves also brings texture design to the thermal armor, resulting in an overall ruggedness feel to the motherboard. 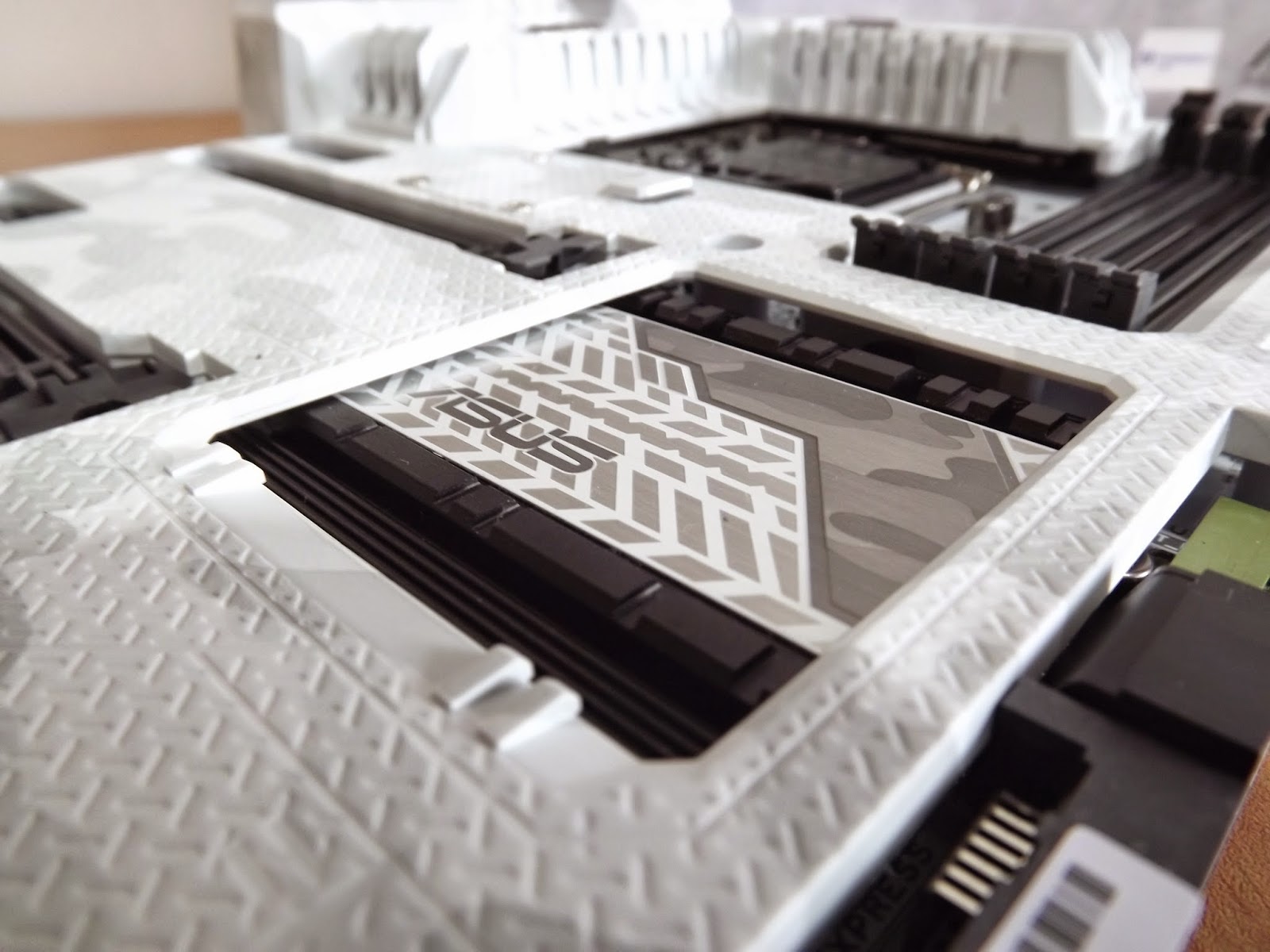 A reflective metallic southbridge heatsink adds as a perfect addition to the overall design of the motherboard together with the thermal armor. 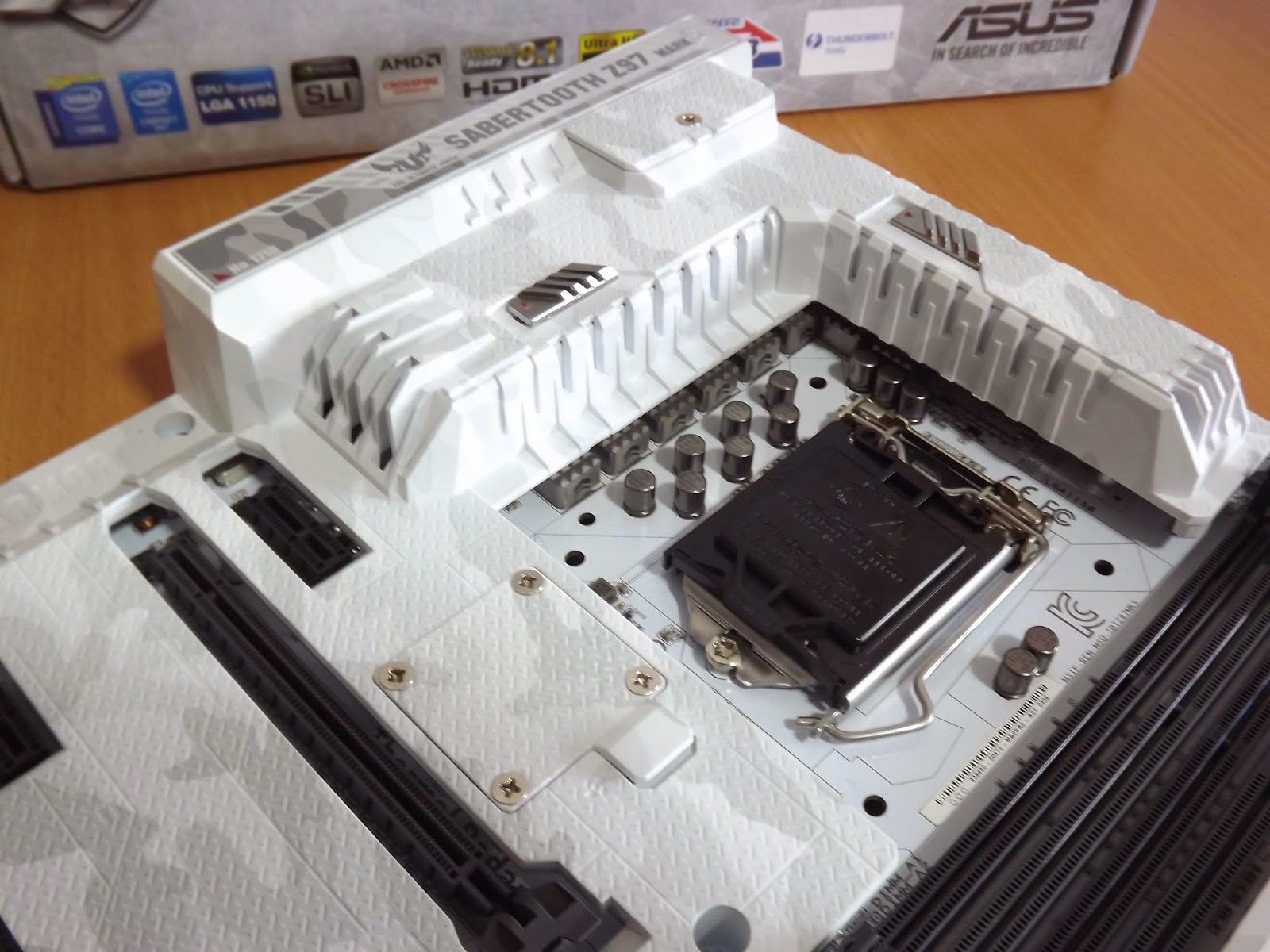 ASUS calls the whole thermal armour a tactical vest for the motherboard. Tactical in cooling the various components of the PC. We will take a deeper look of the vest later in the article, but the beefed up motherboard is certainly an eye candy for many. 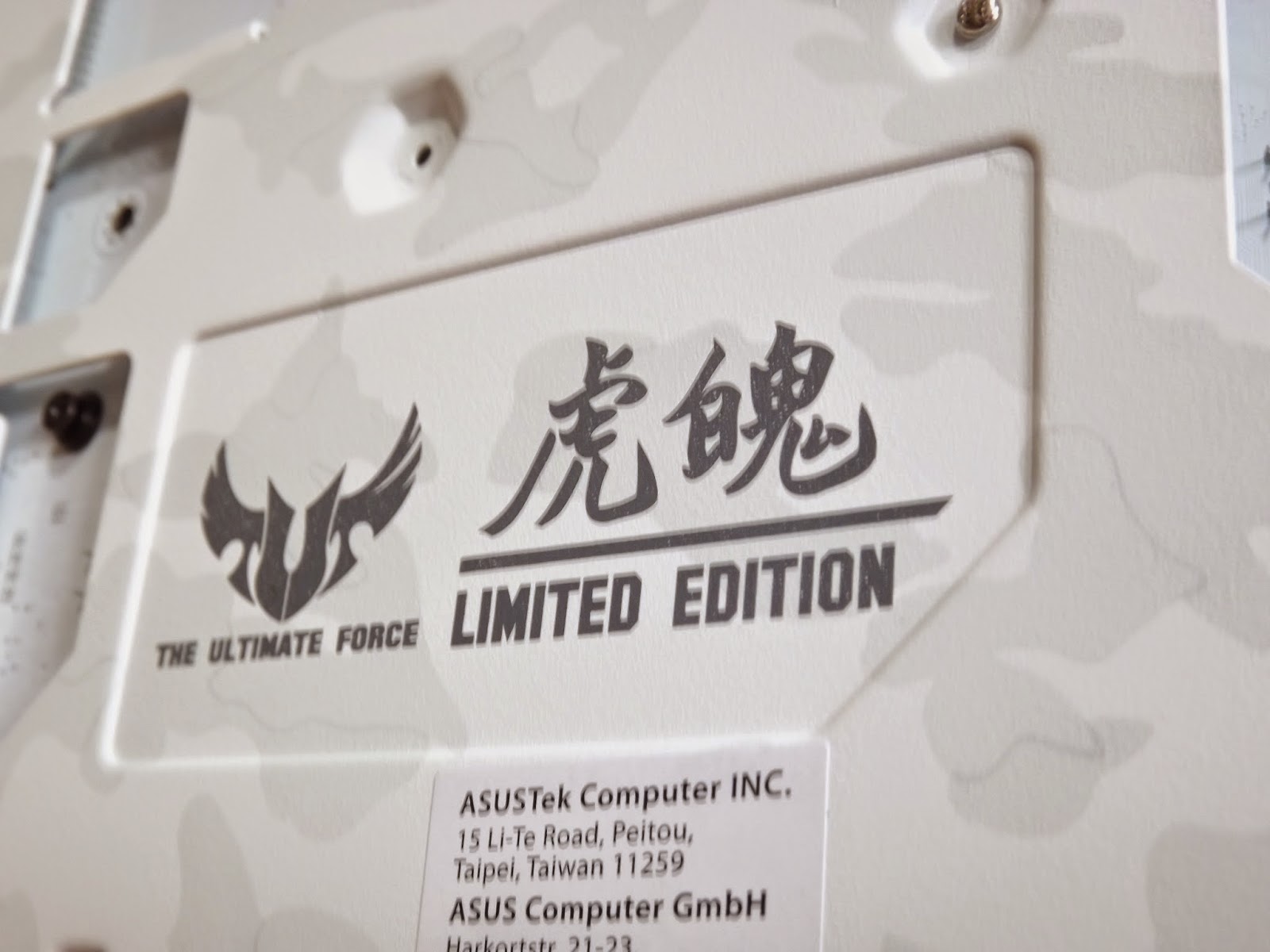 The TUF Fortifier which is placed at the back of the motherboard has two special chinese characters. 虎魄 stands for “The spirit of the tiger”. — The legendary Sabertooth Tiger. 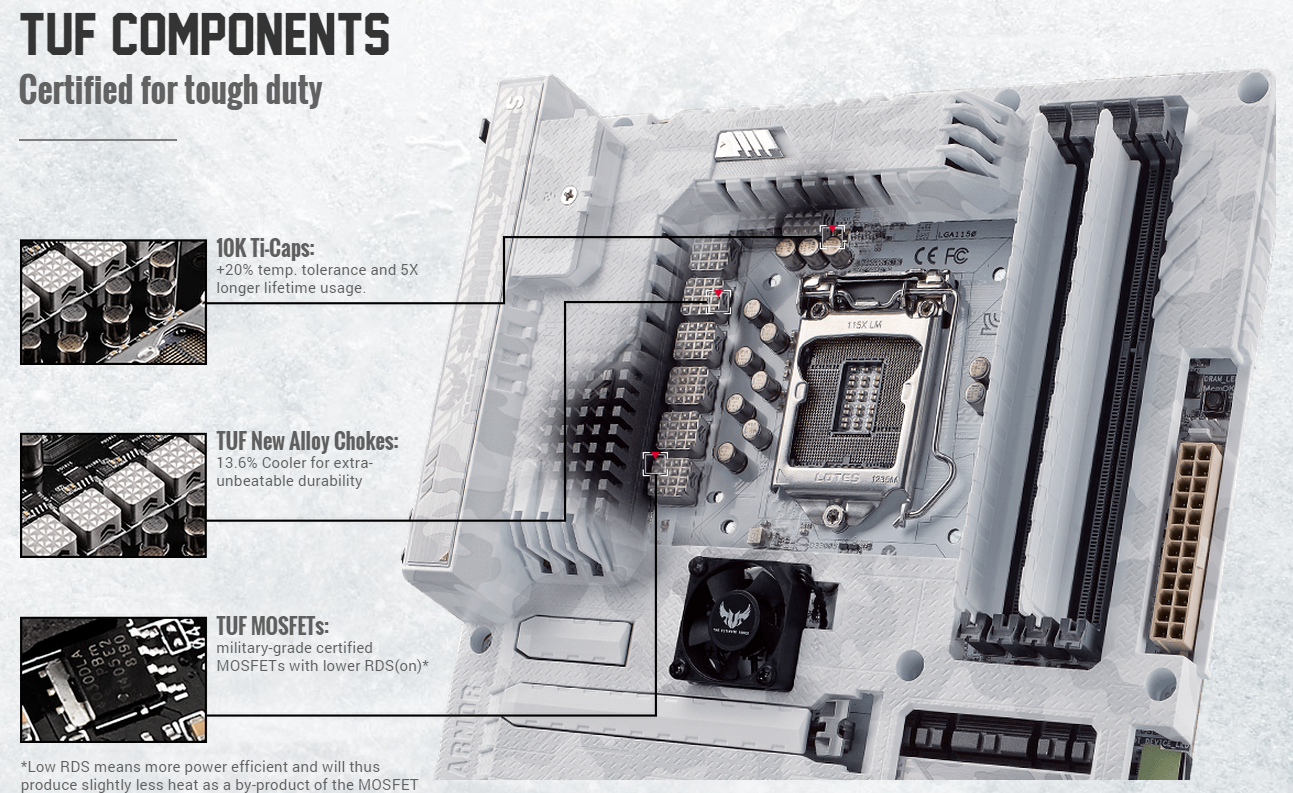 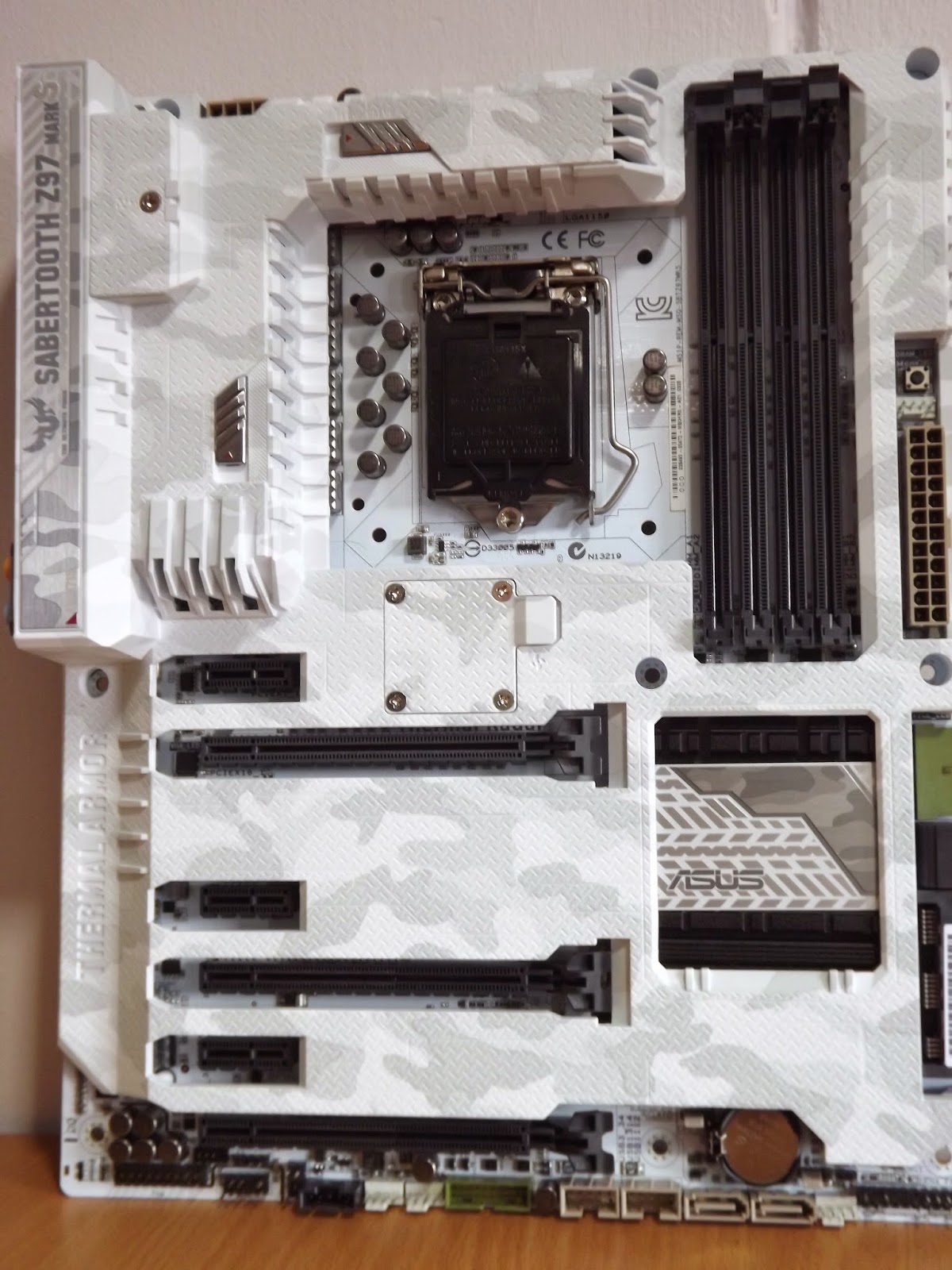 The Sabertooth motherboard is unique because of its Thermal Armor. Like the other Sabertooth Z97 variants, Sabertooth Z97 Mark S comes with the Thermal Armor. Thermal Armour essentially aims to separate the different components of the PC and cool each component individually out of the PC. As shown, the VRM area is cooled by the fans from the IO area, while the graphics expansion area is covered to prevent heat from the graphics card to the motherboard. The final results? An ultimate cooling solution to the motherboard that has an highly extended lifespan. 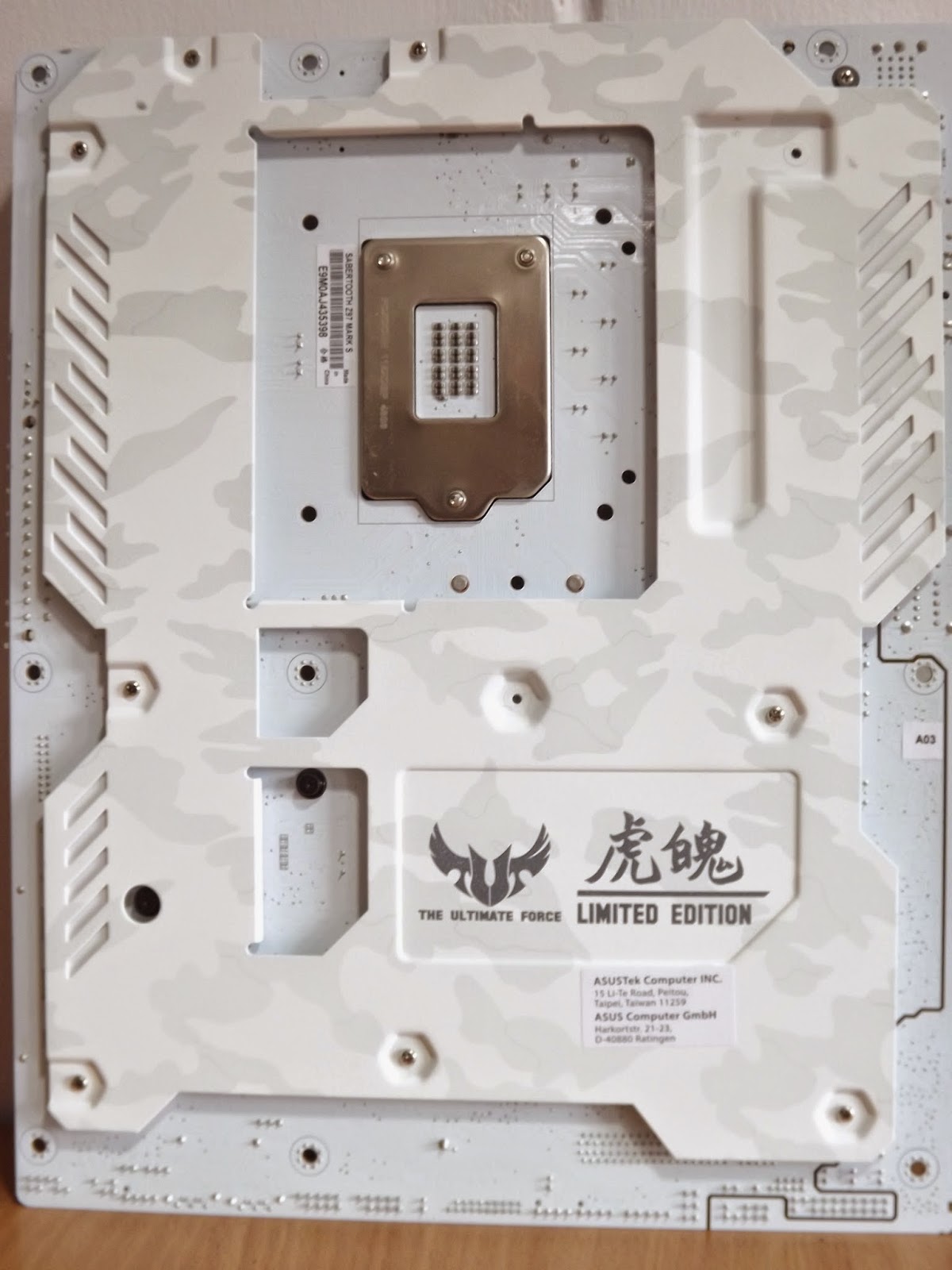 Two fans (included) can be installed on the motherboard for better cooling of the VRM. This will results in even higher overclocks when squeezing the extra megahertz out of your PC. 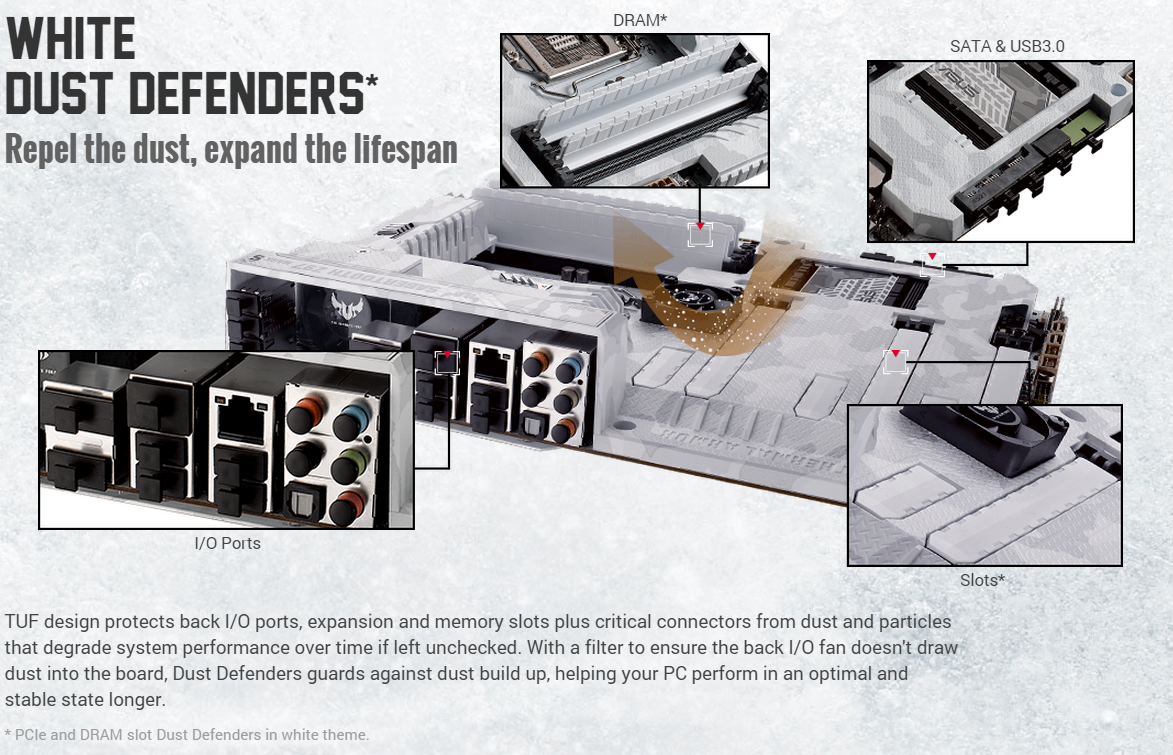 To prevent dust and corrosion to the Sabertooth Z97 Mark S motherboard, ASUS also included dust caps with the motherboard. 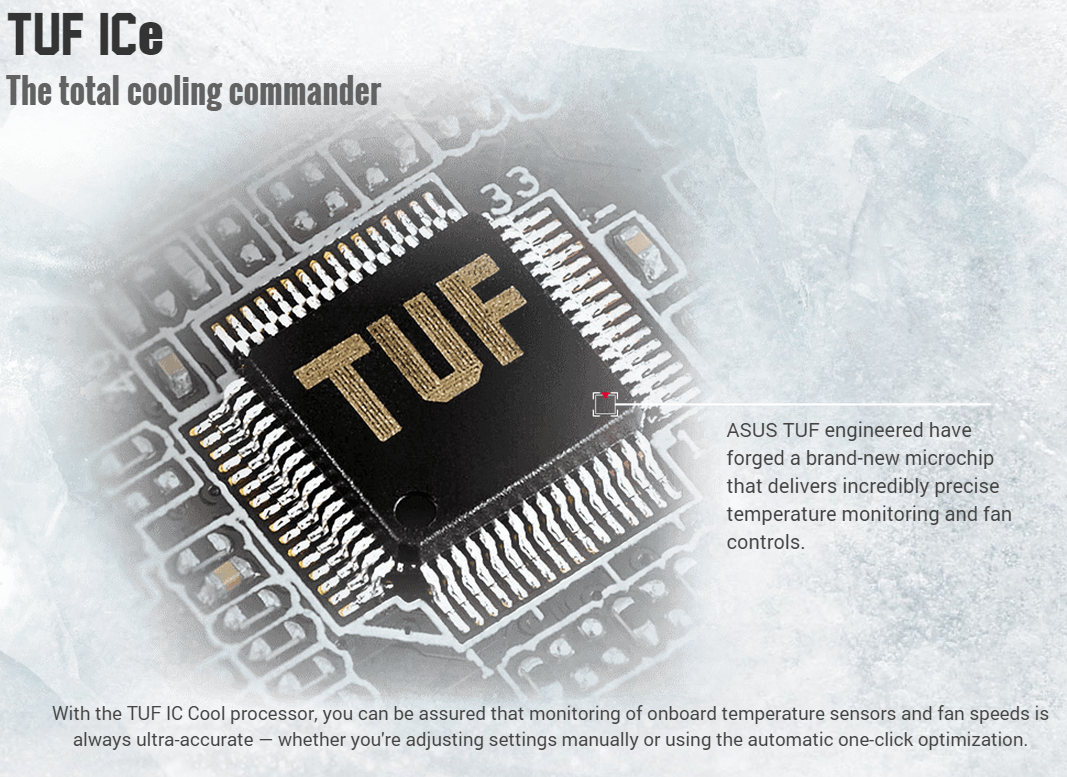 Thermal Radar 2 software gets information from the ICe Chip to track all temperature of the motherboard. The UI of the software lets the user know which component is the core culprit in the hot exhaust air coming out of your PC and then recommends you to tune your PC to effectively cool the system. 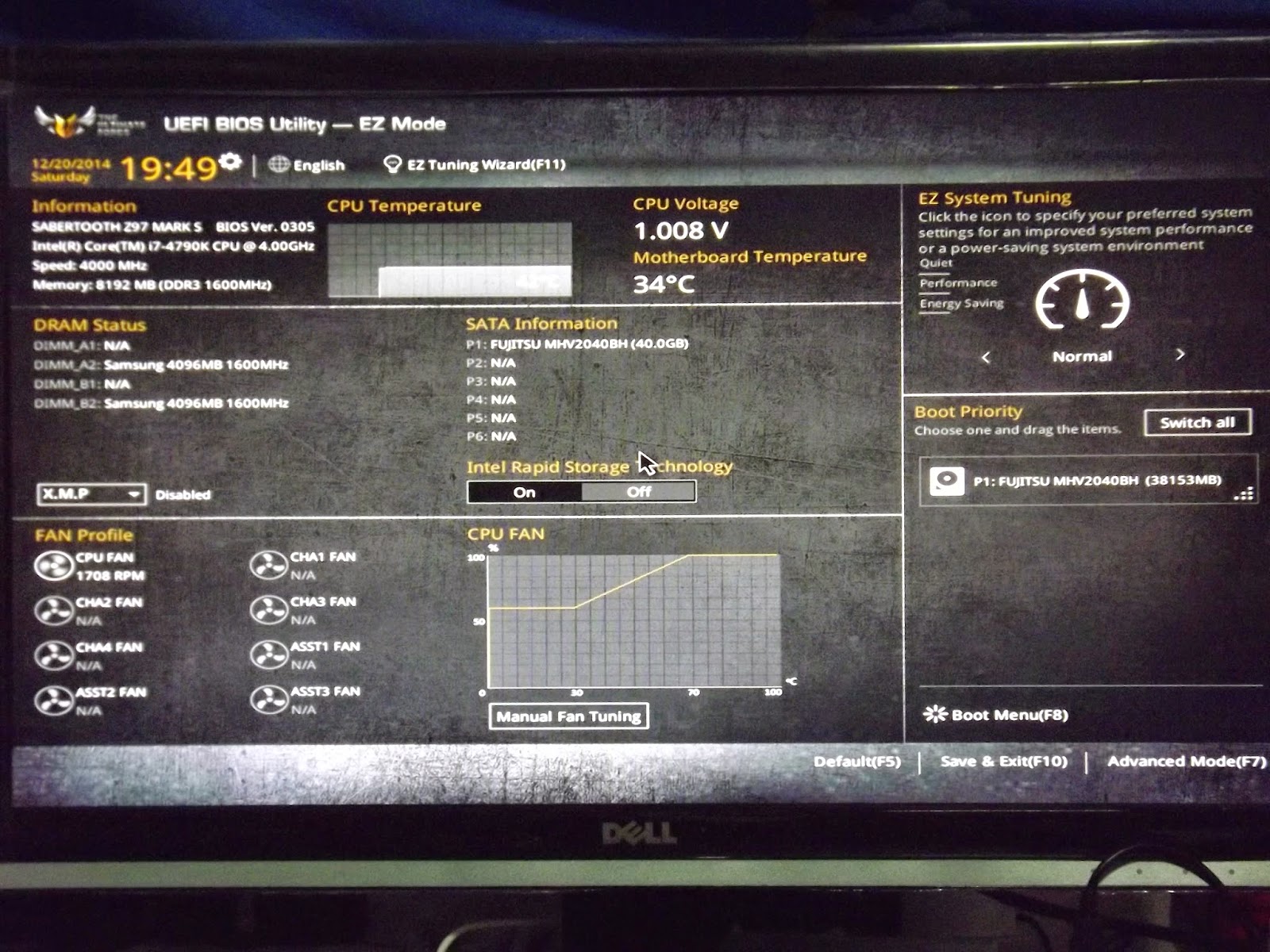 Thermal control can also be done within the BIOS. This means that the Thermal Radar software makes differences to the PC at a hardware level instead of a software level. It is important to overclockers who do not want to run additional software on the PC which slows down the computer. 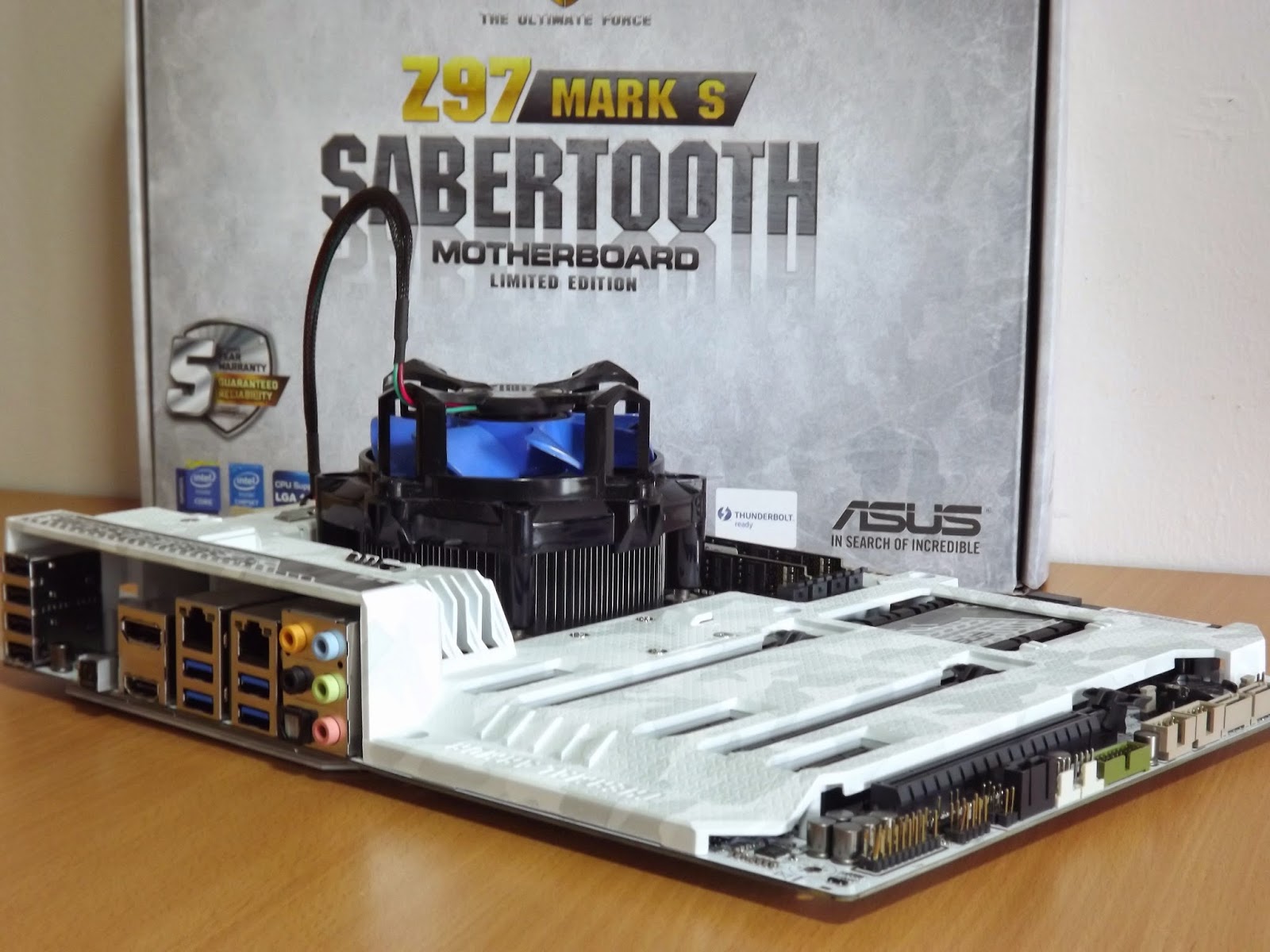 
In today’s test of the Sabertooth Z97 Mark S, we will target on the CPU and memory speeds by running Cinebench 15 and AIDA64 benchmark. By running  “out of the box” and “overclocked” performance test, we can determine how much additional performance we can get out of the system by overclocking it.

Out of the box Performance 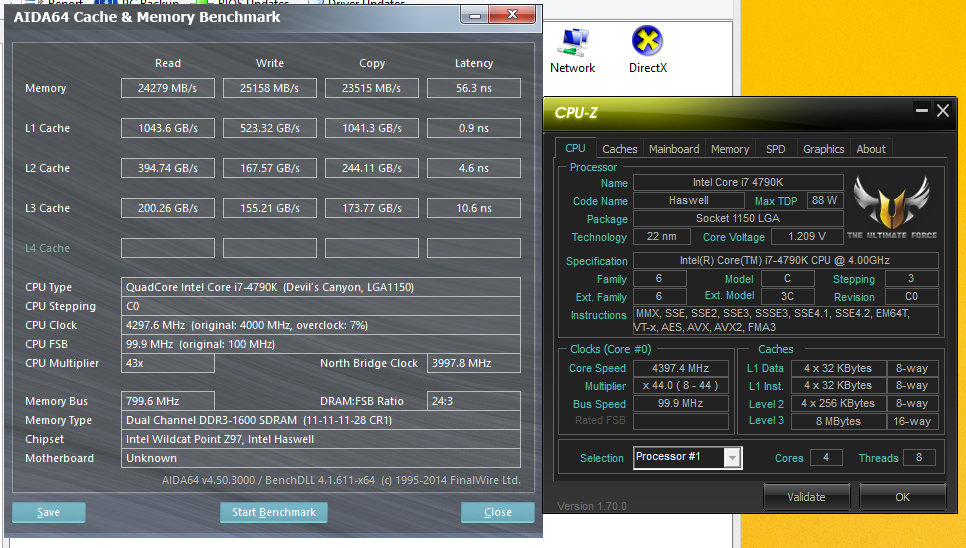 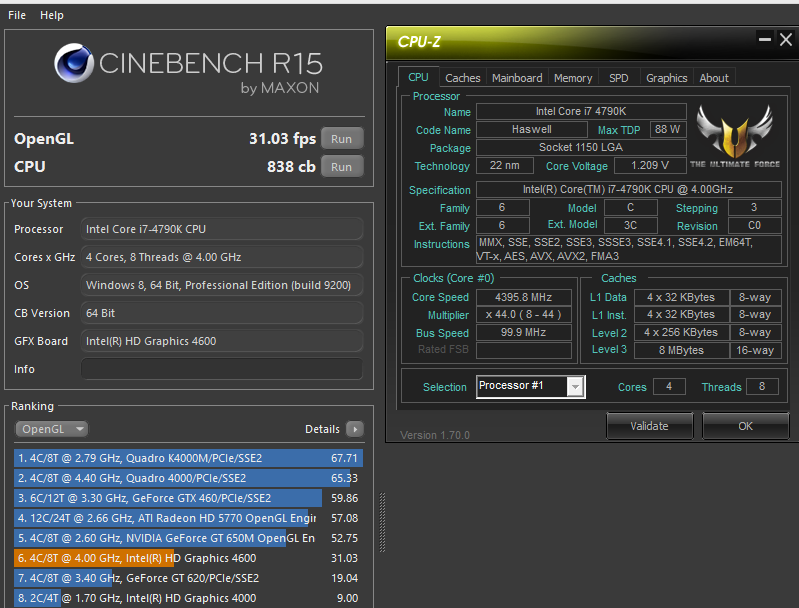 For our out of the box performance test, we managed to get average results from the Intel Core i7 4790K processor. DRAM Speeds are also quite normal at 1600MHz like any other system regardless of motherboard. 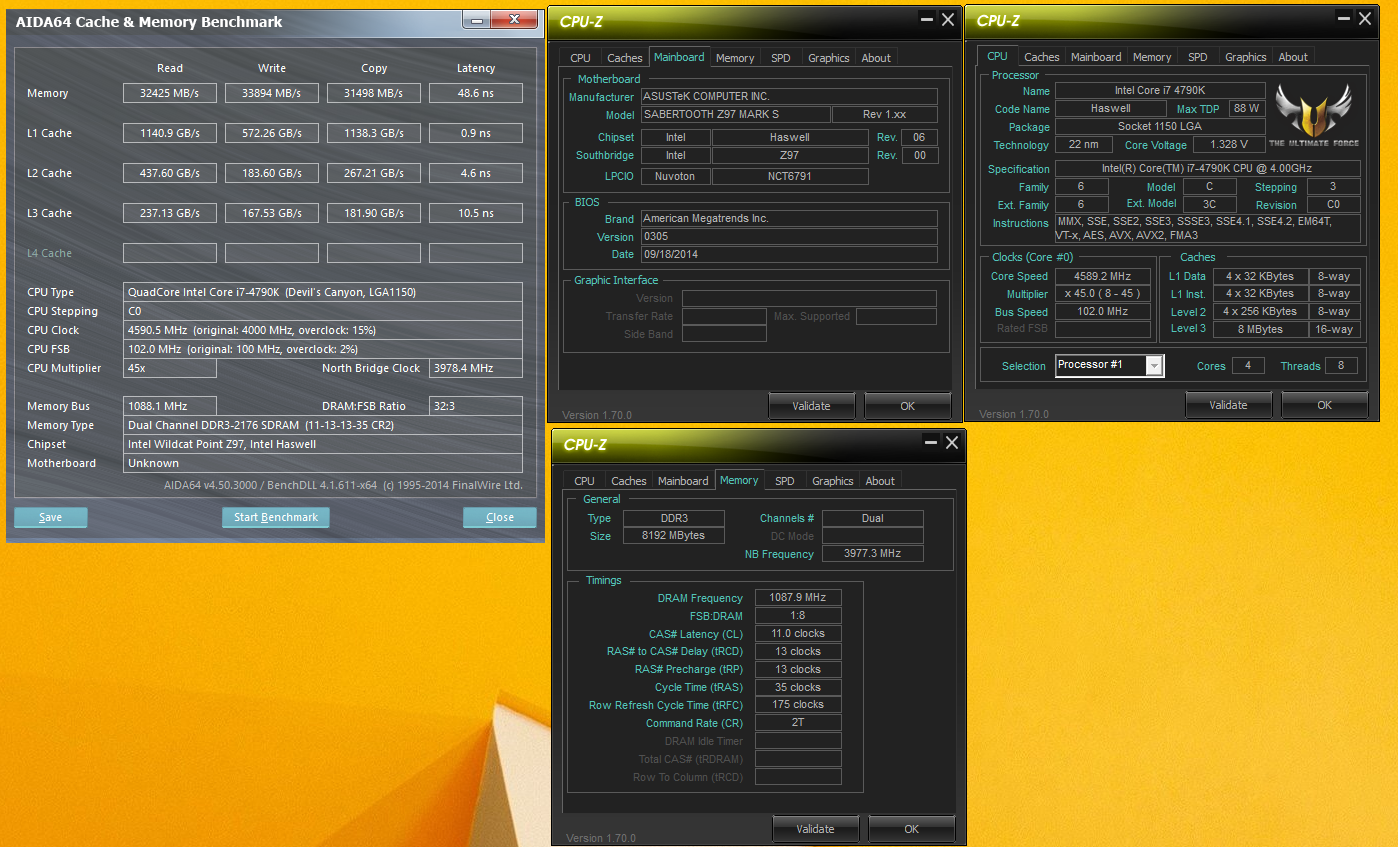 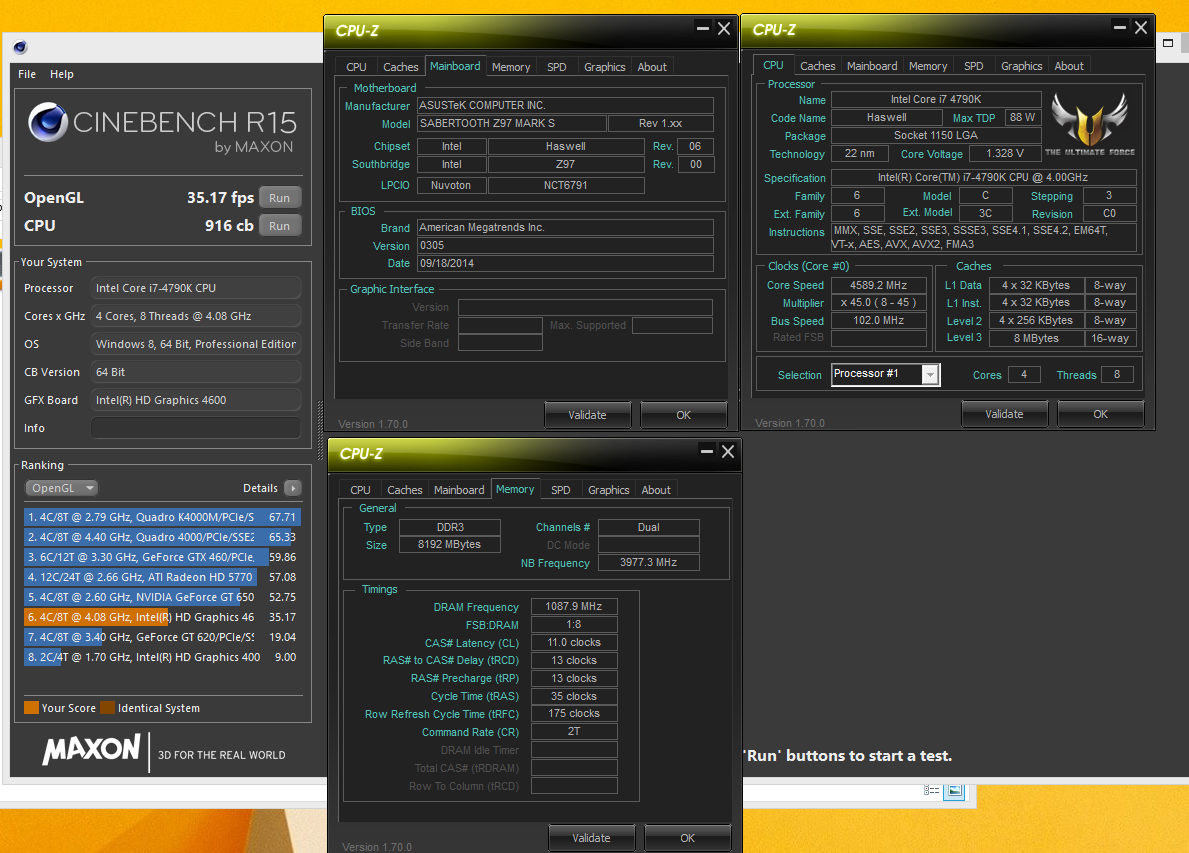 The results coming from an overclocked system is an real eye opening. By increasing the CPU multiplier from 44x to 45x and increase base clock to 102MHz from 100MHz, we saw immediate and huge performance improvements. Thanks to the strong IMC on the i7 processor, we were also to reach a DRAM speed of 2176MHz, up from a stock speed of 1600MHz. That is a huge 36% increase in speeds!

The results were fascinating. In the AIDA64 benchmark, we saw performance improvements of up to 25%. In the Cinebench 15 benchmark, the CPU score increased from 838 cb to 916cb. OpenGL score also increased from 31.03fps to 35.17fps. Of course, the system was extremely stable throughout these test. Free performance gains! 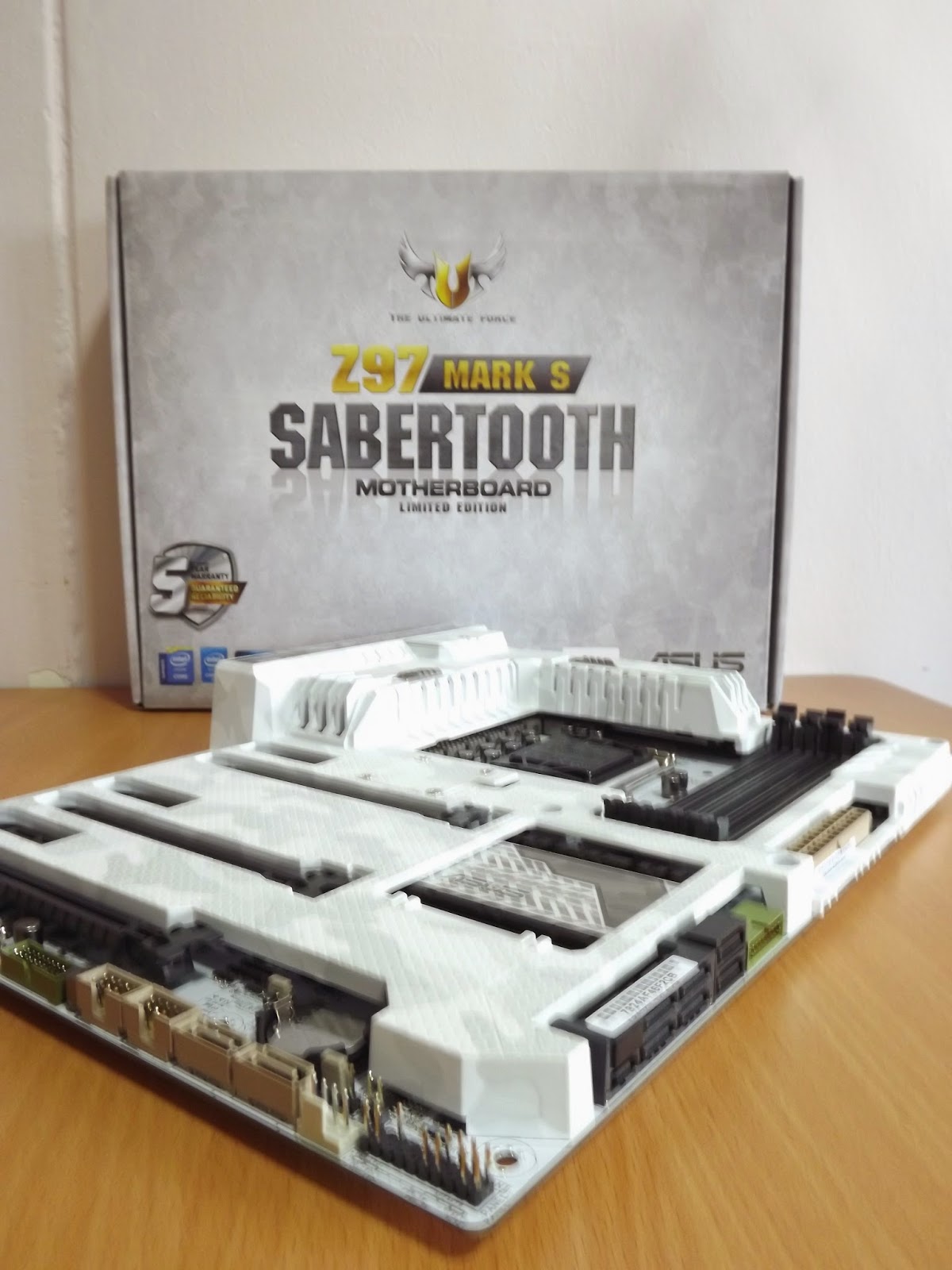 Why are there so much difference in newer Gigabyte motherboard revisions as compared to the original?