Since it’s the end of the year and SITEX 2013 is just around the corner, there maybe many who are looking for a new laptop to meet their vast requirements. Gamers rejoice, as today, we will be testing the ASUS G750J top of the line gaming laptop with very specific objectives. Can we max out all settings of our games and still play with smooth frame rates on this machine? 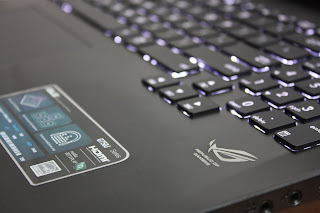 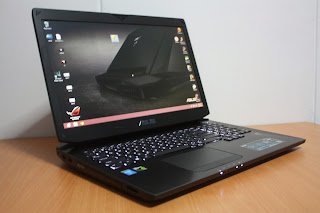 The ASUS ROG G750J has been refreshed with the latest and greatest Intel Haswell based Core i7 processors. These are the 4th generation processor from Intel which boasts improved performance and decrease in power consumption.
In terms of design of the G750J, it remains very similar to its older brothers that were released previously. What really makes this stand out from other gaming laptops is the use of brushed black aluminium for the body at the hand rest area. It gives an extremely classy feel to the whole laptop while continue to have its anti-fingerprint properties. Together with the backlit full sized keyboard, it’s definitely a gaming machine that gamers would want to show off to their friends. 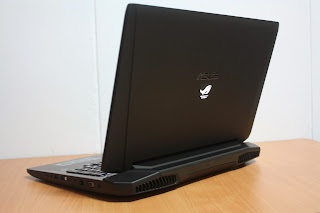 At the back of the G750J is made from a rubberized material. This is the best possible material for a gaming machine as it is fingerprint proof. It is a very durable material as well making sure that the system will last long without any physical defect. 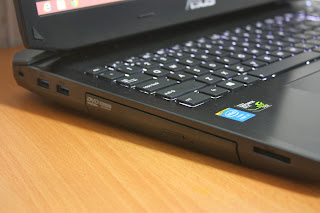 Looking at the I/O ports, the G750J has 2 USB 3.0 ports on the left side of the machine. Before it is a kensington lock port. It also has a standard DVD writer drive as well as a SD Card reader. 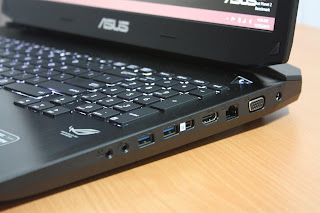 On the other side of the machine, there is a power jack, a VGA port, a Gigabit LAN port, HDMI out, Thunderbolt port, 2 more USB 3.0 ports and the headphone and microphone jack.

In this test, we are going to focus on what matter most to gamers. Gamers want high frame rates for their games which are set at the highest settings. We used 7 game benchmarks and set the graphics settings to the highest possible at a resolution of 1920 x 1080. Maxed out Anti-Aliasing, resolution, texture quality etc.
As long as the average frame rates are above a good 30FPS or above, we will consider the game as playable and runs well on the ASUS ROG G750J. Out of all the 7 games, we’ll see how this monstrous machine performs.

In our first test, we tested the G750J on a DirectX 11 game. It seemed disappointing for a start as the average FPS was calculated to be 29FPS, one frame lower that what we expected for a good gameplay experience. Do note that all settings were maxed out with the highest possible Direct X 11 features. Of course, there are many ways we still can increase the framerates, but the first test did not meet our expectations.


Moving on to a Direct X 10 game, Far Cry 2 Benchmark tool reported an average framerate of 70.06. This framerate should be more than acceptable to all gamers out there as it surpasses the 60FPS mark. 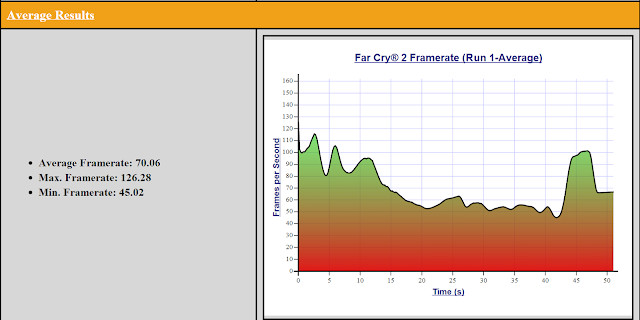 
It seems that most Direct X 11 games were taxing on the G750J. Despite that, in the Lost Planet 2 benchmark, it still managed to score an average FPS of 35.4, adding LP2 as one of the games that can be played without lag on the list. 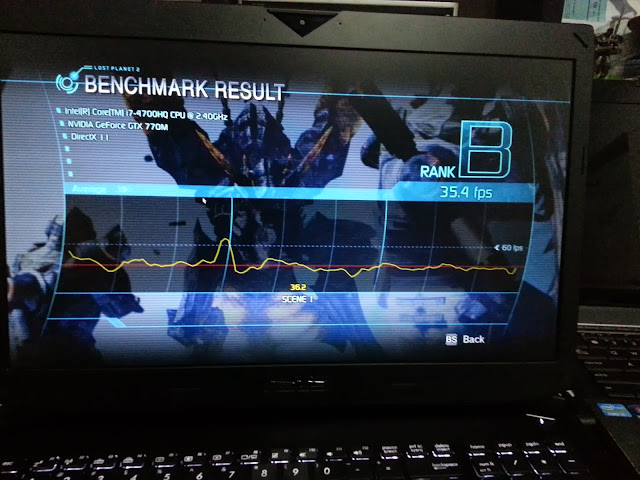 
Resident Evil 5 game benchmark also ran smoothly, at a FPS of 82.8, giving the system an ‘A’ grade. 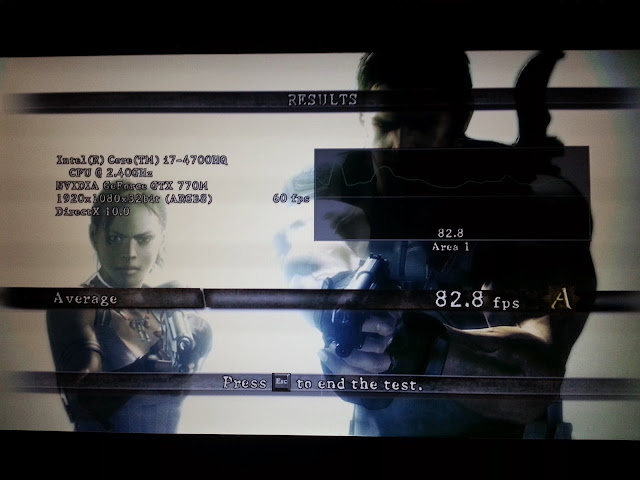 
Similarly for S.T.A.L.K.E.R.: Call of Pripyat, graphics were extremely smooth and highly playable. 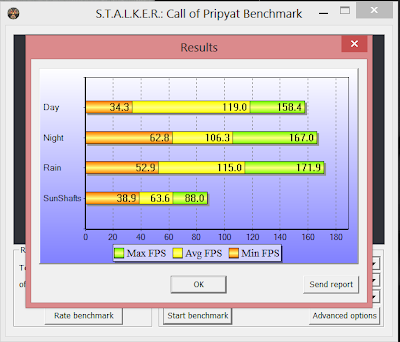 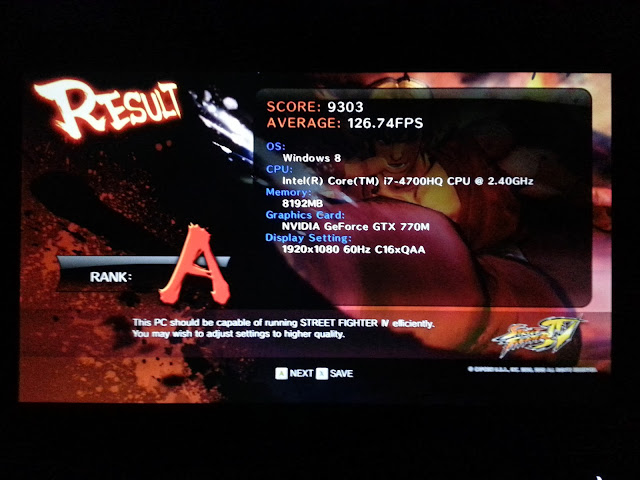 
The last game we’ve got prepared is The Last Remnant which reported an Average FPS of 115.93. 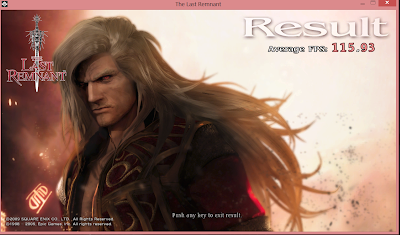 After testing the ASUS G750J with all the different types of games, we decided to put it to Futuremark’s 3DMark 11 Performance test. According to the test results, the ASUS G750J performed much better than most gaming laptops out in the market with a great score of P5180 (Performance Preset). Most gaming laptops had only an average of P4685. In this comparison, it truly showed the true prowess of the Intel Core i7 4700HQ top of the line Intel quad core CPU which is paired with NVIDIA GTX 770M. 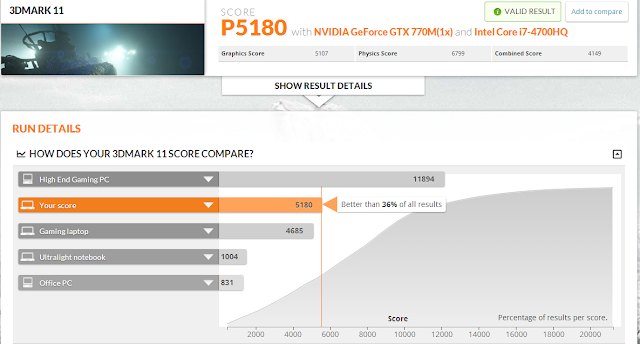 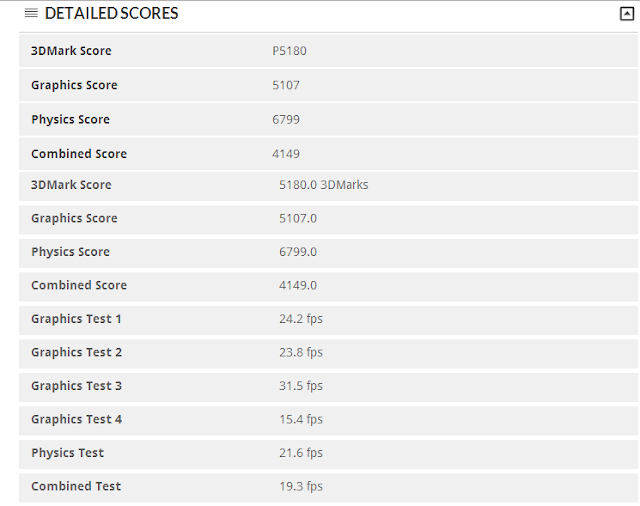 There are many laptops out in the market that brand themselves as a “Gaming” laptop without the CPU and GPU computational strengths. Those laptops are able to play games, but they will never be able to play games at the highest settings or the smoothest framerates. We were glad that this Republic of Gamers laptop has indeed upheld its name, and was able to play all almost all the games quite smoothly in our games benchmark, making it a truly gaming machine for the ones who seek ultimate performance and portability.

Other than performance, we definitely have to say that the ASUS ROG G750J looks simply stunning. Its spaceship like futuristic design will capture the attention of many after a glance at it. Additionally, the backlit keyboard adds an additional finishing touch to make the whole system classy and perfect for gamers.

Even though the system only uses a 750GB conventional hard drive, the whole operating system still ran smooth. This was much thanks to the reduced number of crapware which is installed on the G750J. Also, gamers can also add an additional SSD into the system to improve loading times. As there are 2 hard drive bays available in the unit, storage expansion is simplified.

In conclusion, the ASUS ROG G750J Gaming Laptop will definitely meet a gamer’s requirements of a powerful machine. It even looks so sexy that you just want to bring it out to show it off to others.

You can purchase the G750J here