Lenovo Expands PC Plus Family with New Yoga Convertibles and Multimode Devices
Distinctive multimode design and innovative product features reinforce Lenovo’s PC Plus leadership
Singapore – November 20, 2013: Lenovo (HKSE: 992) (ADR: LNVGY) today announced a broad expansion of its portfolio of multimode devices. This new lineup starts with two new Yoga convertibles: the Yoga 2 Pro, successor to the original 360° flip and fold Yoga 13, and the new ThinkPad Yoga, built to take business users to new heights with its multimode design and business-heavy features. Apart from these, Lenovo is also launching the Flex 20 all-in-one (AIO) dual-mode desktop, as well as its latest range of ThinkPad Ultrabooks.
“The Yoga 2 Pro and ThinkPad Yoga continue to expand upon Lenovo’s vision of multimode computing with new features and improved user-friendly design,” said Jessie Quek, Country General Manager, Lenovo Singapore. “These multimode devices, along with the Flex 20 and ThinkPad Ultrabooks, are giving our customers a greater range of innovation to choose from, and we are confident our products will each deliver a unique experience that will benefit and delight the end user.”
Next-Generation Yoga Convertibles 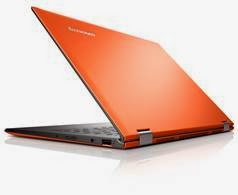 The Yoga 2 Pro’s impressive 13.3-inch display is sure to catch and please the eye of any user – its QHD+ super high resolution 10-finger touchscreen displays images in 3200X1800 resolution in a 16:9 aspect ratio, which is the highest screen resolution on the market today. Users will also appreciate the greater mobility of the Yoga 2 Pro, now more portable than before at 15.5 mm thin and 1.39 kg, while still maintaining the four modes of laptop, stand, tent and tablet.
Beyond aesthetics and design, the Yoga 2 Pro infuses new smart features including “Yoga Picks,” a concierge-like tool that suggests suitable apps based upon the device’s mode, custom apps and voice control. Additionally, Yoga 2 Pro comes with apps created especially for its four modes. In laptop mode, Phone Companion lets users copy content from documents or websites/pages and sends the information to their phones as a text message. Yoga Photo Touch allows users in tablet mode to edit or retouch photos using their fingers on the 10-point multitouch screen. Built for stand mode, Yoga Camera Man lets users take photos with effects like lomo, 4-in-1, macro, GIF and more to photos, and Yoga Chef in tent mode taps into Yoga 2 Pro’s motion and voice control to advance recipes from cooking apps. 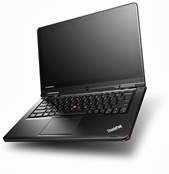 On the other hand, the ThinkPad Yoga, while borrowing the flip and fold design, occupies its own niche for business customers with its performance, security and productivity features as well as customization options. The 12.5-inch magnesium alloy ThinkPad Yoga offers a stunning visual and intensive multimedia experience, with choices of a HD IPS or a FHD IPS 10-finger multitouch display.
Designed to provide users with maximum comfort, the ThinkPad Yoga features a unique lift and lock system created for tablet mode. The system automatically lifts and locks the keys on the machine’s legendary ThinkPad keyboard in place for a streamlined feel. Additionally, the ThinkPad Yoga also responds to voice input so users can chat on Instant Messaging programs, play their music, search the web, and more without lifting a finger. Near Field Communications (NFC)[1] is another key feature, allowing for the easy sharing of data between compatible devices.
Multimode Desktop: The Flex 20 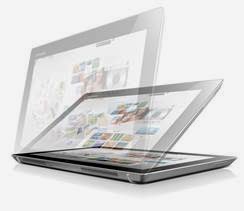 How I was convinced with Android again after years of being an Apple fanboy.