Previously, we took a quick look at the various features and design of the brand new ASUS Radeon R9 280X Matrix Platinum graphics card. Today, we took the card to the test and carried out standard graphics card benchmarks. We also tested out the card’s overclocking capabilities to see if the extra dollars spent on the Matrix Platinum series is worth it. As compared to a reference R9 280X, this specific card has been overclocked to 1100MHz, up from 1000MHz. Its 3GB of video memory is also clocked at 6400MHz instead of a reference 6000MHz. 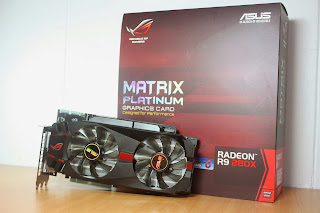 To test out the graphics card, we paired the ASUS Radeon R9 280X Matrix Platinum graphics card with the AMD FX8350 Eight Core processor clocked at 4GHz. We’re getting the best of the best from AMD gaming. As for memory, we’ve got 8GB of 1600MHz memory modules running at stock speeds at CL9 timings. To compare the huge improvements from previous generation graphics card, we also tested the AMD 6950 reference card which was lying around in our test lab. 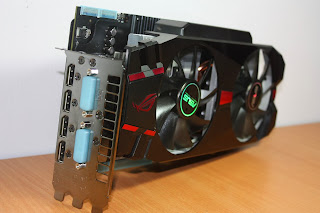 Additionally, we also tried to push the ASUS Radeon R9 280X Matrix Platinum graphics card by increasing its core clock as well as memory clock. With the latest GPUTweak software from ASUS, we can conveniently increase the voltages and clocks and set fan speeds directly from the operating system before any of our runs. It is only with this version of R9 280X that one is able to push the voltages up to 1.4V. Of course, temperatures will also increase, but they are kept low even when overclocked.
We are pushing the card to 1230MHz core clock and 6600MHz effective memory clock. We realised that anything higher than that caused artifacts during our tests and further increasing voltage could have permanently damaged the chip due to increased temperatures without throttling by the drivers. We kept the voltage at a constant 1320mV throughout the overclocked state. 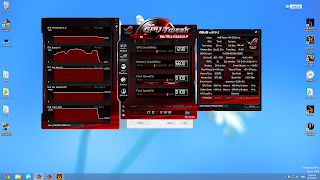 All game benchmarks were running at the highest possible settings at a 1920 x 1080 resolution. It should be a good guide for most people gaming at this resolution.  3DMark was running at preset mode. 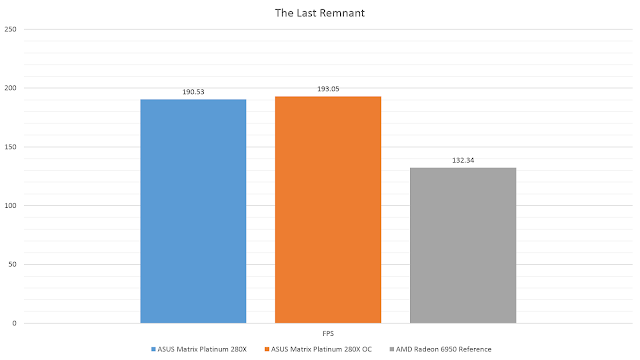 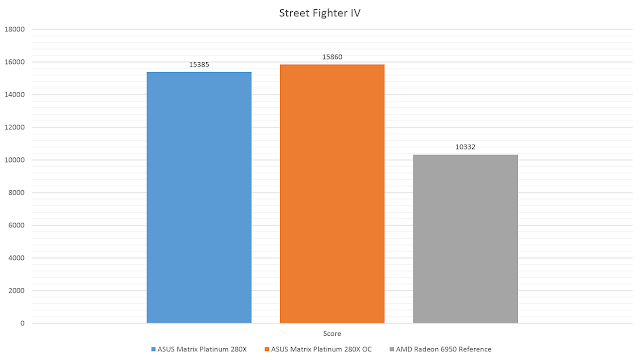 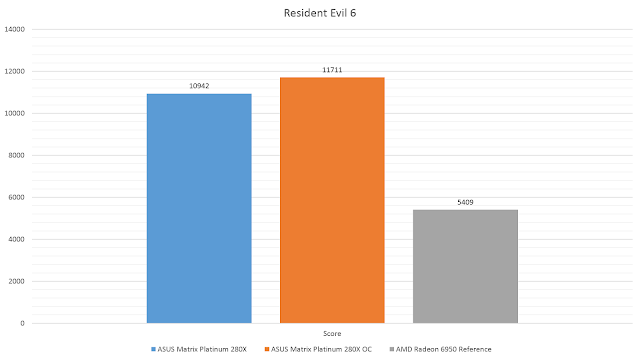 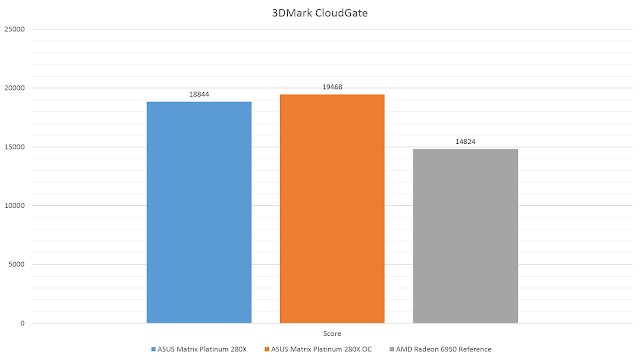 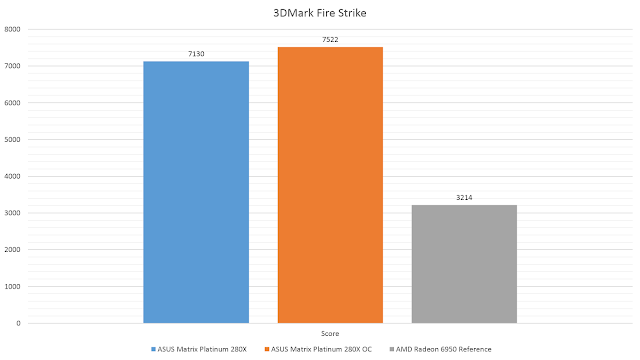 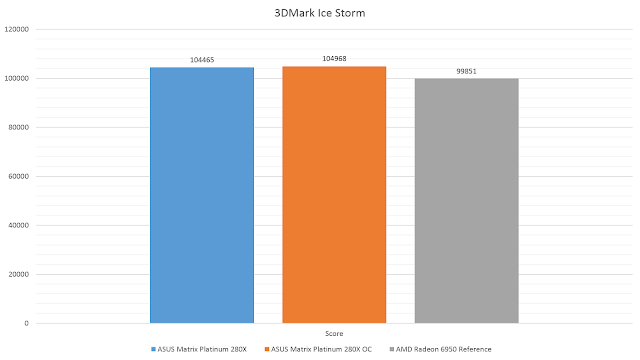 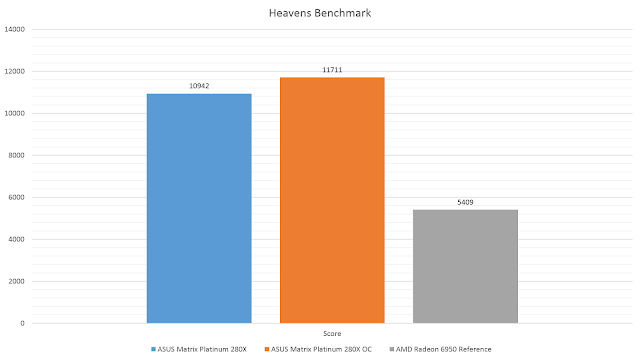 Test results were rather consistent, showing that the overclocked R9 280X performing the best out of all 3 different hardware settings and configuration for each run. We were very impressed with the increase in performance with the increase in GPU clocks on the R9 280X. After overclocking, we recorded significant score and FPS increase. This also means that if the card was to be pushed even further, it could potentially scale well to the increased clock speeds and results in even higher scores.

Comparing the ASUS Radeon R9 280X Matrix Platinum to a near 3 year old graphics card is a mistake. AMD Radeon HD6950 was considered the best 2 years ago, but it appears to be performing miserably to the R9 280X. If you are looking for higher resolution gaming at the highest settings and contemplating whether to upgrade your Radeon HD69XX series card to the newer R9s, you definitely should. You’ll yield much better performance with lesser power consumption .

If you are not buying a ASUS R9 280X for extreme overclocking, you can probably go for the DirectCu II TOP edition instead. The ASUS Radeon R9 280X Matrix Platinum is made to be overclocked at extreme conditions. It has a 20 phase power and digital circuitry for the best electrical stability. We have found that if you are only overclocking on air, your mileage on clocks will be limited and any other versions of R9 280X will overclock just as well. However, I’ve still got to say that ASUS Radeon R9 280X Matrix Platinum performs quietly even when in games as it is able to keep temperatures down even with low fan speeds.

The ASUS Radeon R9 280X Matrix Platinum is currently sold at all major PC hardware component outlets in Singapore including shops in Sim Lim Square and Funan Digitalife Mall. It retails at and 699SGD.