China to lift ban on Facebook, Twitter and other banned websites - but only within Shanghai free-trade zone - The Tech Revolutionist

China to lift ban on Facebook, Twitter and other banned websites – but only within Shanghai free-trade zone

Home » China to lift ban on Facebook, Twitter and other banned websites – but only within Shanghai free-trade zone 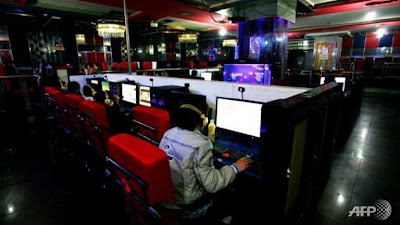 “In order to welcome foreign companies to invest and to let foreigners live and work happily in the free-trade zone, we must think about how we can make them feel at home,” it quoted a source as saying.
“If they can’t get onto Facebook or read The New York Times, they may naturally wonder how special the free-trade zone is compared with the rest of China.”
The zone, set in China’s commercial capital, would also allow foreign telecommunications firms to compete against state-owned counterparts in bidding for licenses, the Post said.
China’s censorship authorities tightly control online content for fear of political or social unrest that could challenge the ruling Communist Party’s grip on power.
Authorities in recent years banned the popular social media sites Facebook and Twitter, which were instrumental in the wave of uprisings that swept the Middle East and North Africa from late 2010 in what became known as the Arab Spring.
Last year authorities blocked The New York Times after it cited financial records showing relatives of former Chinese Premier Wen Jiabao had controlled assets worth at least $2.7 billion — a report China branded a smear.
In recent months authorities have ramped up already strict censoring of domestic social media sites such as the popular microblog service Sina Weibo.
They have detained hundreds of people for spreading “rumours” online, and warned high-profile bloggers with millions of followers to post more positive comments.
The Supreme Court said this month that Internet users could face three years in jail if “slanderous” information spread online is viewed more than 5,000 times or forwarded more than 500 times.
The Shanghai free trade zone was approved by the State Council, or China’s cabinet, to try to establish a true international trade and finance centre, and push reforms of the world’s second largest economy.
A draft plan seen by AFP showed that the zone will remove controls on China’s yuan currency — a key obstacle in Shanghai’s ability to compete with global hubs such as Hong Kong, London and New York.
– AFP/ac