Apple will soon release their next generation iPhone on the 10th next month. Other than the flagship rumoured iPhone 5S, a more cost effective iPhone known as iPhone 5C will also be released. Online iPhone jailbreak enthusiast Tanner Marsh has released a new video showing the 5 colours for iPhone 5C and evaluated the chassis of the iPhone 5C as compared to the current iPhone 5. 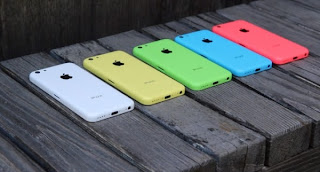 Sources believe that a cheaper iPhone 5C will certainly appear in Apple’s conference next month. Apple’s iPhone 5C looks like a candy-coloured iMac computer. It also looks similar to the different Windows Phone offerings from various manufacturers who are churning out in them different colours.

There is also rumours saying that the new iPhone 5S will use Samsung’s A7 processor, which will be Apple’s first 64-bit processor. The processor will probably be clocked up to 1.5GHz. On the graphics end, it will be PowerVR’s SGX 544MP4 GPU. All these hardware will be coupled with of 1GB LPDDR3-1333 memory.