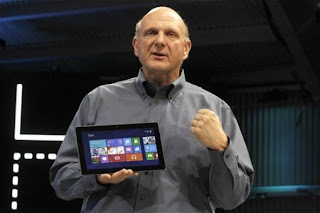 In order to clear Microsoft Surface RT’s inventory, Microsoft begam global price cuts of the tablet device. This will result in a 1 billion USD reduction in revenue, but it also seems that the price cuts are not pushing sales. Recently, Steve Ballmer has admitted that they overestimated the market demand for Surface tablet. In a informal interface meeting, Baller said that they manufactured quite a number of Surface tablets but sales did not go as well as planned. Despite the depressing sales, Microsoft is not giving up. They are currently working on a new Surface device and it is already in the testing phase of development. However, he did not mention any more information about the new device.

At the meeting, Ballmer also mentioned the poor sales of Windows 8, mainly because they think that Windows 8 is not popular. Hopes are still high on Microsoft as they have brought the necessary changes to Windows 8.1 after gathering user feedback from the initial product. In addition, Microsoft is also currently looking to cooperate with Instagram because they want to have their application on the Windows Store.