Android Police recently released some screenshots of Moto X’s camera application. It has a fairly different user interface as compared to stock Android’s and it can be seen from the screenshots that the designers from Motorola has in deed spent a lot of effort and thoughts on it. 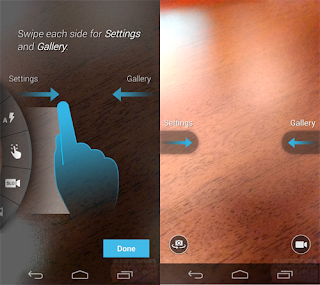 On a first look, the camera interface looks very simple, requiring users to operate the different camera functions by gestures to result in corresponding functions. Simply drag from the left of the screen to reveal camera options which is placed in an angular arrangement. These options include flash, focus, paranoma etc settings. More options can be seen by rotating the ring. Apparently, one of the option is labeled “SLO” which supposedly allows users to take slow-motion videos. On the other hand, swiping from the right of the screen opens up the photo gallery. 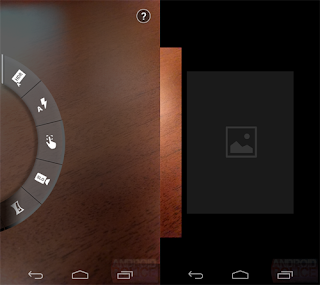 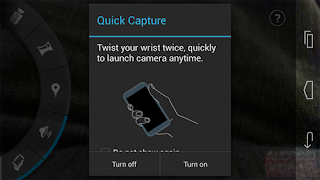 Android Police also shown some photos which are horizontally taken when using the SLO feature. Moreover, Moto X will launch the camera application if the user quickly twist their wrist twice. However, we realised that the Moto X camera application failed to detect orientation change when in landscape mode as the menu virtual menu buttons on the phone remains to be on the right hand side of the screen. 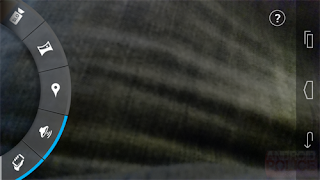 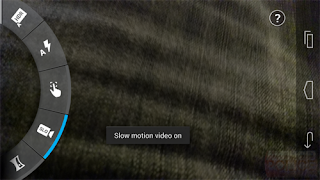 Additionally, users can press and hold on the screen for continuous shots or tap on anywhere on the screen to focus and shoot. Zoom can be initiated by dragging your fingers on the screen. All these gestures are explained and shown when the application first launches. 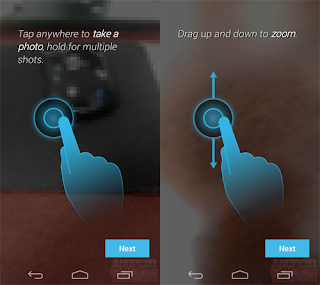 It is said that Moto X will have a 10.5 Megapixel Clear Pixel camera which performs very well under low light conditions.