If you cannot take HTC’s BlinkFeed or if you want a vanilla version of Google Android OS installed on HTC One without rooting your phone and flashing AOSP ROM on it, you can now pre-order the phone on Google Play. However, it is only available in the United States. 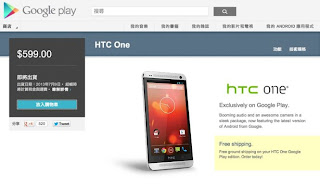 Google Play announced that two Google Play edition of HTC One and Samsung Galaxy S IV smartphone for their store. These two phones are equipped with the latest version of the native Android operating system without their actual fancy user interface features. Additionlly, these two devices can be guaranteed with Google’s latest operating system upgrade when they are available. 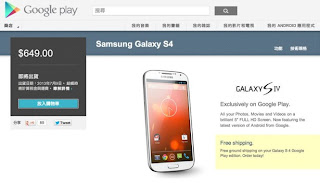 Google Play version of the 32GB HTC One will be priced at 599USD and will start shipping in 9th July. A 16GB Galaxy S IV is priced a bit more expensive at 649USD and will be shipping on the same date.