The new generation of AirPort Extreme announced during WWDC on Monday comes with next generation 802.11ac wireless standard. This time, we take a look at the insides of the new router to see what goodies have Apple installed in this router for us. This is all possible thanks to iFixit who did a teardown not long ago.

Other than supporting the new wireless 802.11ac standard, the new AirPort Extreme also had a complete makeover. In fact, it looks exactly like the new AirPort Time Capsule, just that Time Capsule comes with either a 2TB or 3TB drive option. AirPort Extreme does not support an internal hard drive as there isn’t any interface within the device that allows you to connect to one. 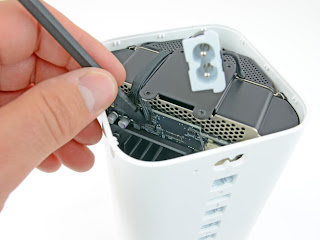 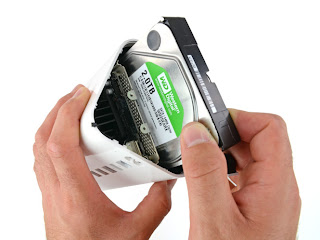 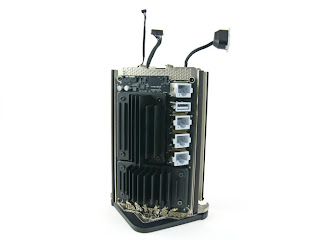 AirPort Extreme has a built in cooling fan to ensure that the whole system runs cool, but it seems unnecessary as we thought that it would not run too hot without any hard drives. 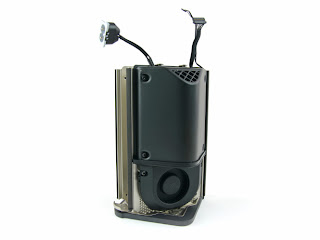 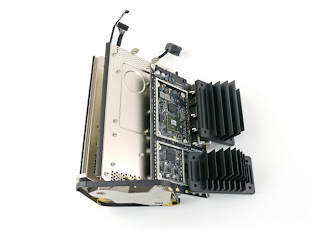 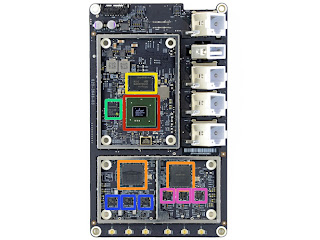 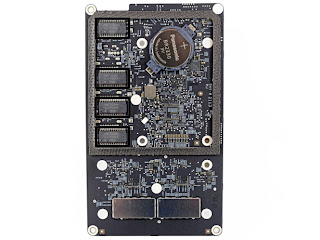 iFixit thinks that AirPort Extreme is fairly easy to be maintained, thus giving it a maintainability socre of 8 out of 10 points where 10 is the most maintainable. This is because the deivce does not use any glue, and users can easily clean its fan and there were no proprietary screws to hold everything together. However, if users want to convert it into a Time Capsule, it may still be quite challenging. 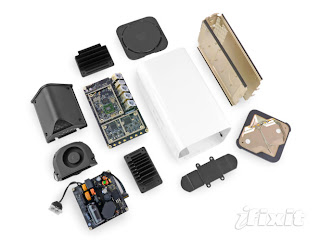