Prices of Windows 8 Touch devices will drop to 200USD

Home » Prices of Windows 8 Touch devices will drop to 200USD

Recently, Intel’s CEO Paul Otellini predicted that the price of Windows 8 touch devices will drop substantially, possibly even reaching the 200USD price point. These claims were made at an Intel financial meeting. 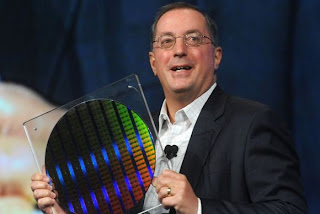 Otellini said that New and innovative designs based on Intel’s upcoming Bay Trail quad-core processors will allow manufacturers to price their touch enabled devices to be at a 200USD price point. He also expressed that there will be even cheaper ultrabooks on the market with Intel’s new Haswell processors and prices could go even as low as 499USD.

Additionally, earlier this month, an Intel top executive from China claims that Bay Trail will be the most powerful Atom processor from Intel yet. It will double Tablet PC computing performance as compared to previous generations and allow devices to as thin as 8millimeters. The new devices will also boast all-day battery life and weeks of standby time.

As for Intel’s foundry program, Otellini concluded that “The business model that we have for the foundry assumes value based pricing. The people that we are soliciting and people that are attracted to us are those who see the advantages of our technology as it manifests itself in their products and gives them an advantage in the marketplace. So it’s a healthy business for us”.