3rd Generation of popular China made phone Xiaomi has surfaced on the internet. This is not the actual production model, but an engineering sample. Rumours has it that this smartphone will come with a Qualcomm Snapdragon 800 processor, Qualcomm’s flagship mobile CPU! 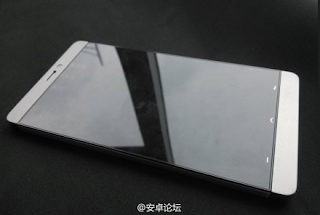 The 2nd generation of Xiaomi phone, Mi-2, was announced on August 16 last year. Even though it comes with high end specifications, it has a very friendly price tag, winning many buyers in China. Recently, there have been pictures of the next generation Xiaomi going around on the internet. If these images are real, Xiaomi Mi-3 may have a metallic design. Its front also looks like HTC’s flagship One. 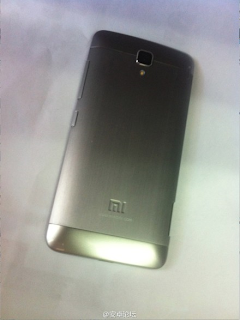 The specifications of the Mi-3 is slightly different from previously released information. Latest news suggested Mi-3 will have a 5″ 1920 x 1080 resolution screen and a Snapdragon 800 processor, but previous reports claims that it will use an NVidia Tegra 4 processor instead.

In addition, Mi-3 will also come with a 13Megapixel camera and a whopping 3000mAh battery capacity.

Xiaomi did not respond to the leak.