PC DIY Enthusiasts Rejoice! Intel will not abandon you even in 2015 - The Tech Revolutionist

PC DIY Enthusiasts Rejoice! Intel will not abandon you even in 2015

Home » PC DIY Enthusiasts Rejoice! Intel will not abandon you even in 2015

Previously, there has been rumours that Intel tends to ship their 14nm Broadwell processors integrated with their motherboard from 2014 onwards. That means processors are soldered onto the motherboard with a BGA permanent mounting method. This has triggered worries in DIY enthusiasts and motherboard manufacturers. However, after much serious considerations from the silicon giant, Intel has given up on this plan, reassuring affected users for at the next two years. 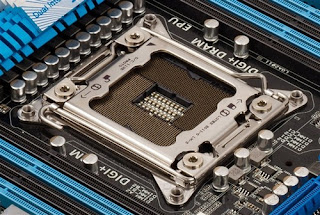 Intel has released their latest long-term roadmap to partners which highlighted their plans until 2015. It is said that Intel will continue adopting LGA independent package until Intel’s 14nm Skylake microarchitecture in 2015 or later. This will remain as the main strategy for desktop processors and shipments of LGA desktop packages are expected to be up to 95%.

Even though these are good news to system DIY enthusiasts and motherboard manufacturers, Intel’s later plans to integrate desktop processors to motherboards is still highly possible to reduce their manufacturing costs due to the dwindling desktop market. It is forecasted that desktops will only hold 5% of the whole PC market in 2015.

Skylake will be the Tock in Intel’s Tick-Tock strategy. This means that the microarchitecture will be upgraded but still relying on the same lithography process. This is similar to Haswell which is due in June and previous Sandy Bridge. The roadmap also showed that Intel will work towards a yearly upgrade of their processors.