Many have thought that the iPad Mini will sell better than the usual sized iPad because of its size and much affordable price tag. There have always been rumors that iPad Mini will sooner or later overtake the sale numbers of usual iPad, but no one actually thought that it will be so soon. 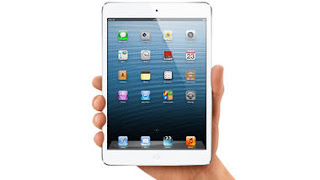 A market research company by the name of NPD DisplaySearch has released the latest data reports on 7-9inch Tablet PC sales. They realized that 7-9 inch tablet devices are getting more sales as compared to devices of anything bigger than that size. This is possibly due to consumers’ preference to a smaller device, or the iPad Mini’s price advantage which attracted a lot of buyers, resulting in the current research results. These reasons possibly also answers why iPad Mini is the current leader in the tablet market.

It is reported that in December 2012 to January 2013, 9.7 inch tablet sales dropped from 7.4 million to 1.3 million. This is quite a crazy drop in sales numbers. At the same time, smaller tablet computers gained market acceptance and sales increased by 5 million. Additionally, during the same period, Google’s Nexus products and Amazon’s Kindle Fire also had the same upward trend.

Apple CEO Tim Cook said that this could be a bad news for Apple, but he strongly believes that there is not much to worry as iPad are still extremely popular in the consumer market. NPD approximates iPad sales should be around 33 million units this year.

As iPad Mini’s features and other aspects improves, prices may also change accordingly. Therefore, iPad mini’s long term sustainability in the market and based on competition with other products will really unsure at this moment.