GTA V : Will it be available on Xbox 720 and PS4? - The Tech Revolutionist

Take-Two refuted many rumours on the next generation GTA V game, but after the meeting of the company’s third-quarter earnings last week, it seems that many rumours cannot be dismissed. 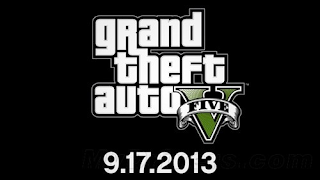 Zelnick Strauss, the CEO of Take-Two Games who owns the Rockstar game label was asked if GTA 5 will be released in 2 versions, one for the current generations of gaming consoles, i.e. Xbox 360 and PS3 and then in later dates for Xbox 720 and PS4. He did not give an direct answer, but only said that gamers and real fans of GTA5 will not wait for the game because of the newer consoles and wait for the newer version of GTA5.

However Zelnick reaffirms gamers that GTA 5 will blow their mind away. “Look, Grand Theft Auto stands alone. It’s a unique property. And I think we’re all extraordinarily excited about this title, and we think it’s just going to blow people away frankly at a level I don’t think anyone properly anticipates yet,” Zelnick told a group of investors and reporters during the company’s Q3 2013 earnings call.

Zelnick stated that it is not up to them to discuss whether their game will be on next generation platforms. Is it possible that GTA5 will be an exclusive game for a specific platform making it is really inconvenient for them to discuss and comment on it? Will it be announced exclusively together with PS4 next week on the 20th? We can only call off this speculation next week during the announcement.