If you are a Singaporean, you may be wondering “Is such a thing even possible?” Generally, most BlackBerry users in Singapore have already moved on to another smartphone based on another Operating System, and they are loving the new experience. Probably 9 out of 10 people I’ve spoken to in Singapore do not have a good impression of BlackBerry. They probably didn’t even know the existence of BlackBerry 10.

However, the scene is very much different in other countries in Asia, especially Indonesia. Smuggled BlackBerry Z10 are already selling very well in Indonesia even before the actual country launch. 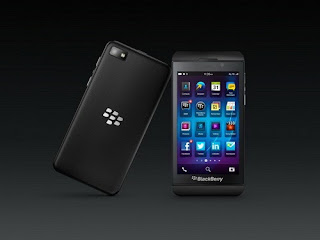 In Canada, based on a report from BGR, mobile operator Glentel has announced that since the sale of BlackBerry 10 Z10 handset on 5th of February, sales has been through the roof and surpassed the sales of popular iPhone 5 and Galaxy S III per day.

Glentel said that sales for Z10 is doing extremely well, but they refused to disclose Z10’s actual sales numbers. The company has 330 retail outlets across Canada.

Recent reports indicated that the BlackBerry Z10 stocks are running short of supply in Canada and United Kingdom markets, but industry experts claims that this is due to the low numbers in supply.

What can Leap Motion do? Probably manage your to-do-list