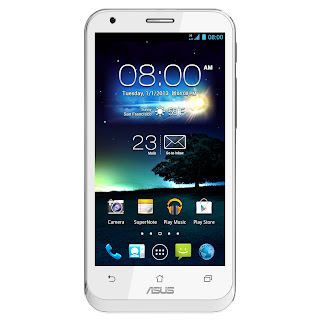 Singapore (11 January, 2012) — ASUS
PadFone™ 2 Pearl White model will be available in Singapore from 12 January
onwards at S$1,099 and S$1,239 for 32GB and 64GB bundles respectively. The
recipient of the coveted CES Innovations Award 2013, PadFone 2 has received immense
responses and rave reviews from the market since its launch in November.
Android 4.1 Jelly Bean update now available
ASUS
will be rolling out the much anticipated Android 4.1 Jelly Bean update for
PadFone 2 on the same day as well. This update will be made available over the
air, which will prompt users to receive the Jelly Bean update. Android 4.1
Jelly Bean offers users a smoother, faster and more fluid experience.
Award-winning first-to-market innovation
Since
its debut in February last year, PadFone has bagged two prestigious awards –
Golden Award for Computex Best Choice in Smart Handheld Devices Innovation and
Winner of CES Best of Innovations in Wireless Handset Category in 2012, as well
as the latest CES Innovations Award in the Wireless Handsets Category in 2013. These
awards further reinforce ASUS’ visionary approach in bringing quality
innovation and design into users’ lives. “Our relentless drive to innovate
through our ‘Design Thinking’ philosophy has empowered us to create PadFone 2.
It’s beautiful, it’s fast and best of all, it’s intuitive,” said ASUS Chairman
Jonney Shih.
Building
upon the world’s first and only 2-in-1 PadFone combination of an Android
smartphone and dockable tablet for incredible mobile flexibility, ASUS has
achieved yet another milestone with PadFone 2, which consists of a quad-core
smartphone and a completely redesigned tablet with leading specifications in
the smartphone industry.
Enlarge and charge
At
just 649g, the combined weight of both PadFone 2 and PadFone 2 Station is now
lighter than most tablets in the market, and the dock mechanism only requires
one swift, intuitive step to use, with instant transition between the phone and
tablet. At a thickness of 9mm, PadFone 2 weighs at 135g and boasts of a 4.7”
1280 x 720 HD Super IPS+ display that uses scratch-resistant Corning®
Fit Glass. With the Super IPS+ technology integrated in its screen, PadFone 2
delivers crisp and vivid images with accurate colours at wide viewing angles of
178º and 550 nits brightness for stunning outdoor visibility.
With
a 2140mAh battery providing up to 16 hours 3G talk-time and 13 hours of Wi-Fi web
browsing, PadFone 2 enhances users’ entertainment experience with the device.
Furthermore, PadFone 2 Station has an internal battery with 5000mAh voltage
that provides up to 48 hours 3G talk-time for the phone after it is fully
charged.
Super phone, super performance
PadFone 2 comes equipped with a 13-megapixel high-performance camera, which is
able to capture incredibly detailed images with no shutter lag. Burst mode can
capture up to 100 shots at a blisteringly quick six shots per second, while
simultaneously recording 1080p HD video at 30fps, or 720p HD video at 60fps.
Low-light performance is also enhanced by the wide f/2.4 aperture and a
dedicated image signal processor.
With
the ASUS SonicMaster technology and audio tuning by Waves, a recipient of
Technical GRAMMY Award®, both PadFone 2 and PadFone 2 Station feature
unparalleled sound quality. Furthermore, ASUS AudioWizard is designed to offer
an optimised audio experience, where users can select the best setting for the
content that they are listening to or watching.
Easy to share, easy to save
With
capacities up to 64GB of internal storage and 50GB of ASUS WebStorage free for
two years, PadFone 2 offers endless possibilities for data storage. Data
syncing between devices is also made easier, since PadFone 2 storage is shared
with PadFone 2 Station when both devices are connected. Shared mobile data
connectivity between smartphone and tablet also means only one data plan is
needed for both devices, while support for up to 42Mbit/s DC-HSPA+ and
100Mbit/s LTE delivers super-fast web browsing and downloads.
With
the increased connectivity of all devices, PadFone 2 is also able to connect to
all Bluetooth devices to enhance user experience. Additional convenience
derived from Bluetooth connectivity also helps to enhance productivity by
letting users talk on-the-go, send and print information anywhere, listen to
music while on-the-move and much more.
User-friendly enhancements
Featuring
the world’s first continuous handwriting input method in multiple languages
such as Chinese, English and Korean, just to name a few, SuperNote 3.0 and
PadFone 2 messaging app are able to instantly convert blocks of handwritten
notes written in multiple languages into editable and readable text. This makes
writing and typing on PadFone 2 more intuitive, faster and easier, with no need
to switch input method. Notes can be synced with ASUS WebStorage and accessed
on other devices, and can be shared in JPEG, PDF and TXT formats. In addition,
the Instant Translation tool also translates any word, phrase or sentence in an
email, web page or app with just a single touch, without the need for a
third-party translation tool. 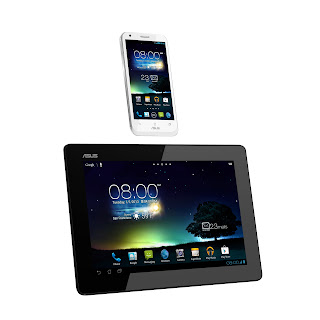 Availability of PadFone 2 Pearl White
model
PadFone
2 Pearl White model will be available for purchase at all ASUS authorised
stores, StarHub Shops and its exclusive partner. StarHub offers the 32GB
PadFone 2 bundle with a range of attractive mobile price plans that will allow
customers to connect to its fast LTE and DC-HSPA+ mobile network.
All specifications are
subject to change without notice and may differ from country to country. Actual
performance may vary depending on applications, usage, environment and other
factors. Content and product availability varies by country and coverage areas,
and are subject to change. Brand and product names mentioned are trademarks of
their respective companies.