Jabra is well known for their professional wireless and wired headset solutions, making a name for themselves in the world market. In order to differentiate themselves from their competitors, Jabra decided to come up with a wider product range to meet the highly sophisicated and specific customers. At the same time, they also brought the best of Jabra to these new products – wireless audio and speakerphone technology.

Last year, Jabra released their first handsfree speakerphone to the market. While the media was all talking about how intuitive the Freeway was, it was also the starting point for Jabra to move into the wireless speaker market.

Fast forward a year later, Jabra just announced the Jabra SOLEMATE, a new product that aims to change the way people think about portable speakers. It’s a shift in marketing strategy from Jabra, targeting a wider average consumer audience. Even though the SOLEMATE has handsfree speakerphone functionalities like the Freeway, it is branded solely as a portable speaker.

SOLEMATE promises to be “The Ultimate Portable Speakers”. Even though the portable speakers market is still small, there are definitely strong competitors already out in the market. Will the SOLEMATE really come out on top?

At a first glance at the Jabra SOLEMATE, you will realise that it is not the usual portable speakers. The high quality packaging of the SOLEMATE gives potential buyers a great impression, similar to viewing jewellery across a glass panel.

Included in the box are a micro-usb cable, a charger and a durable sound bag. The durable sound bag comes really handy when you bring your speakers outdoors. Audio coming out from the speakers  will not be muffled even when it is in the sound bag. It acts as a good dust filter as well. ﻿

Ever wondered why the SOLEMATE is named this way? SOLEMATE is designed around the looks of a shoe. It is a new design concept which truly differentiates itself from other portable speaker products from competitors. Being someone who is open to new ideas and designs, I must say the way the SOLEMATE design is definitely unique and one of its kind.

Access buttons are located at the top of the unit. As mentioned, the SOLEMATE is also a speakerphone. The command button in the middle allows users to pick up and hang calls, or even initiate Siri or Google Voice action to give users a handsfree experience. There is a built in microphone within the speaker unit to ensure that you’re heard in a call.

Pairing your media devices to SOLEMATE is simple. Simply push the power switch up to the bluetooth position and hold it for 3 seconds. SOLEMATE will respond by playing some music, prompting you that it is discoverable by other devices. Once paired, a pre-recorded male voice will announce that SOLEMATE is connected.

The rubberized base of the SOLEMATE claims to reduce the vibrations and shocks, keeping the speaker unit in place even after the volume is cranked up.

The 3.5mm audio cable is cleverly hidden at the base of the shoe, putting the final touches to the design of the sole of the shoe. Next time, you’re sure that your audio cable won’t go missing again.

What I really liked. 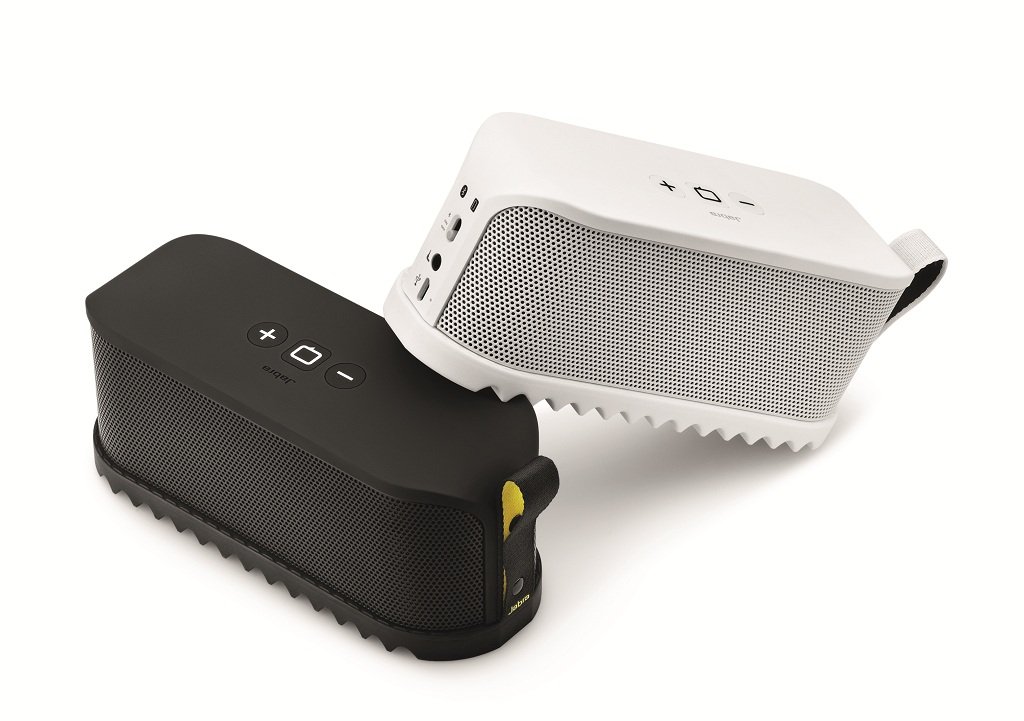 The Jabra SOLEMATE is available at Apple Premium Resellers: Epicentre and Nubox, selected Challenger stores and other authorised Jabra resellers.

Each unit comes with a 1-yr warranty. More info on warranty and service centre at www.setelco.com.sg 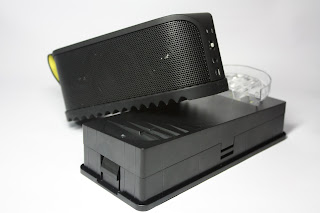 The Jabra SOLEMATE is a great product for consumers who are looking for a highly portable speaker solution, yet reluctant to compromise audio quality. SOLEMATE gives the best of both world in terms of space and sound. With its high quality and durable design, this premium product is the dream of audio enthusiasts who are always on the move.
A premium product also has a premium price tag to it but I’m glad to say that the Jabra SOLEMATE justifies the amount of money you are paying for it and it will be a good investment with its feature packed solution.
﻿

Learn how to code in HTML5 and develop on Windows 8!

Twenty-three Wins for ASUS at the Good Design Awards 2012