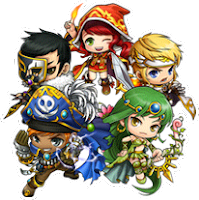 Around one year after the release of pirate class in MapleSEA, there is a whole series of classes which are released. These classes are altogether called as Knights of Cygnus (KOC). There are five classes in the KOC, namely soul master, flame wizard, wind breaker, night walker and striker. These five classes are quite similar to the adventurers because there are five classes for adventurers and similarly, five for KOC. Each of the class for KOC has quite similar skills as compared to adventurers. The difference between adventurers and KOC is that adventurers have a max level capped at 200 while for KOC it is capped at 120 instead. This means that it is more easier for players to train KOC characters because it will obviously take a shorter time to reach the max level comparing to adventurers. However, the abilities and power of KOC is also limited due to the max level limit. This will mean that the KOC characters will have difficulties in killing high level bosses and even they want to, they will also be at disadvantage because of their damage range which does not allow them to participate in boss events. 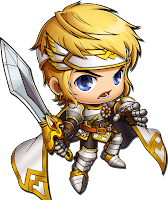 Soul master is similar to adventurers’ hero. This is because soul master holds a two-handed sword at most of the time and the same goes for hero. Soul master is quite an interesting job in the sense that it has a skill in its second job advancement which is called soul rush. This skill allows the character to move through a distance faster, which is a skill similar to night lord’s flash jump. Soul rush can be useful to players when they want to get to a certain map which is located after many maps and by using it, time is really saved throughout. Soul master has one more skill at third job advancement which is quite cool, called soul driver. This skill can attack up to eight monsters when at the maxed level and it deals damage four times for each monster. Soul driver is very useful when training in places where there is a high spawn rate for monsters as the skill can clear monsters very fast and the gain in experience will thus increase faster as well. 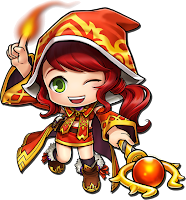 Flame wizard is similar to adventurers’ fire/ poison arch mage because flame wizard uses a wand or staff which is actually the same for all the magicians in adventurers. Flame wizard can use an elemental wand or staff which is of fire element. Flame wizard has a skill at third job advancement called flame gear. This skill when casted, will have a wall of fire gear around the character. The gear will be around for a limited time according to the master level of the skill and when any monsters move into the area of fire gear, they will damage will be inflicted on them. Flame gear is very useful for effective training because the player can cast the skill for the whole map and rest there for a while while the monsters are being hit and killed. When the skill is running out of time, he or she just need to recast the skills and the cycle continues. 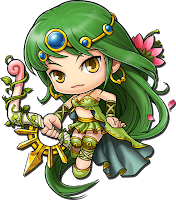 Wind breaker is similar to adventurers’ bowmaster. Wind breaker uses a bow which goes for the same as bowmaster. It has a skill in its third job advancement called wind piercing which is considered similar to crossbow master’s skill snipe because both of the skills deals very high damage. However, although snipe deals a higher damage than wind piercing, wind piercing can attack through a maximum of six monsters and there is no cooldown time before the skill can be used again. This will enable the training speed to increase though one downside of the wind piercing is that this skill can only be used when in eagle eye transformation. In addition, wind breaker has also one more skill that is quite similar to snipe as well. This skill is called wind shot which deals a relatively high damage to a single monster three times consecutively. This will increase the chances of killing a particular monster in one hit by casting the skill. Also, the skill is also available when in the transformation of eagle eye. Though these two skills can only be casted during eagle eye transformation, players can always use other attacking skills during the cooldown time which is also quite powerful. 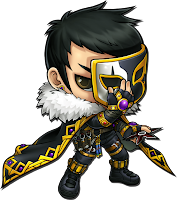 Night walker is similar to adventurers’ night lord because both of the jobs use claw as their weapon. Night walker has a skill in third job advancement called triple throw which is the same skill available only at night lord’s fourth job advancement. Although night walker’s triple throw’s damage is being nerfed, it can let players feel the coolness of the skill at lower levels of minimum 70 instead of at least 120 for night lord. In addition, unlike night lord’s triple throw which only have a basic master level of ten and in order to increase the master level to 20 or even 30, a skillbook is required. For night walker, the skill is directly available to them when the characters make their third job advancement. They also have a skill called poison bomb which when casted, the monsters when moved into the range of the poisonous cloud will be inflicted of damage constantly at a certain time interval of few seconds. This skill has the same concept as flame wizard’s flame gear skill which will ease players as they do not need to constantly cast skills to inflict damage on monsters and experience can be gained at the same time. 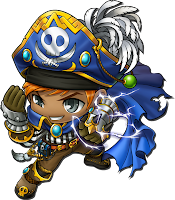 Striker is similar to adventurers’ viper as both of the jobs holds a knuckle. Striker has one skill at its third job advancement called shark wave which can deals damage to a maximum of up to six monsters at a considerably high damage. This skill is quite similar to viper’s skill named snatch just that snatch when at its maxed level will apparently deal a much higher damage than shark wave. By hitting six monsters at one time, it not only can increase the training speed but at the same time can clear a player’s path faster instead of killing one by one which is time consuming. Striker also has a unique skill called energy drain which deals damage to a certain monster but at the same time recovers the character’s own hp. This skill follows the same concept as night lord’s drain skill which also damages a monster and recovers the player’s own hp. By having this cool skill, strikers can probably not spend so many hp potions when training and the money saved can be used for other purposes such as mp potions or for upgrading equipments and stuff.