AMD has created quite a bit of hype when they first announced their new Radeon RX 7900 XTX and RX 7900 XT graphics card. Based on the latest RDNA 3 architecture, these two new graphics card are positioned to be a serious contender in the gaming GPU market, providing great performance at a more affordable price than competition.

While these graphics card will only be available off the shelves starting from the 13th December, we’ve got our hands on the review samples. Here’s what you can expect from the new AMD Radeon RX 7900 XTX and RX 7900 XT. Unfortunately, we’ll only share some pictures, as performance numbers can only be shared from the 13th onwards. 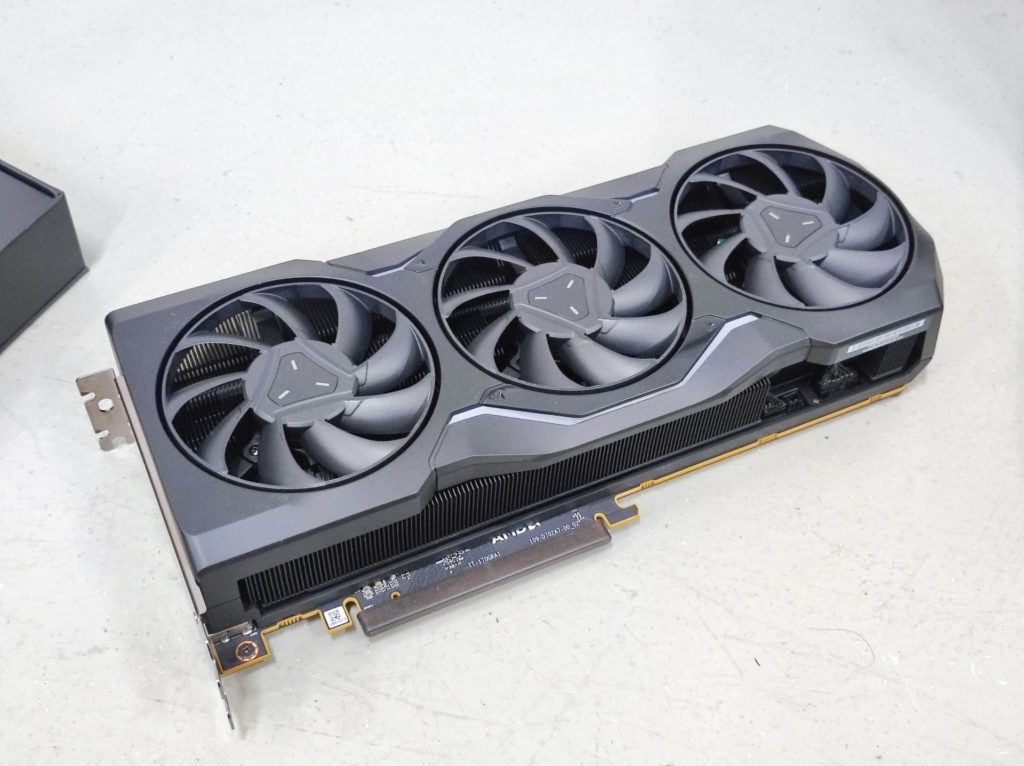 Unlike the RX 6800 series, the new reference card design took away the dual colour tone of silver/black, and a new single black tone was introduced. These are then accented with led lighting placed near the middle fan, keeping things simple yet stylish. 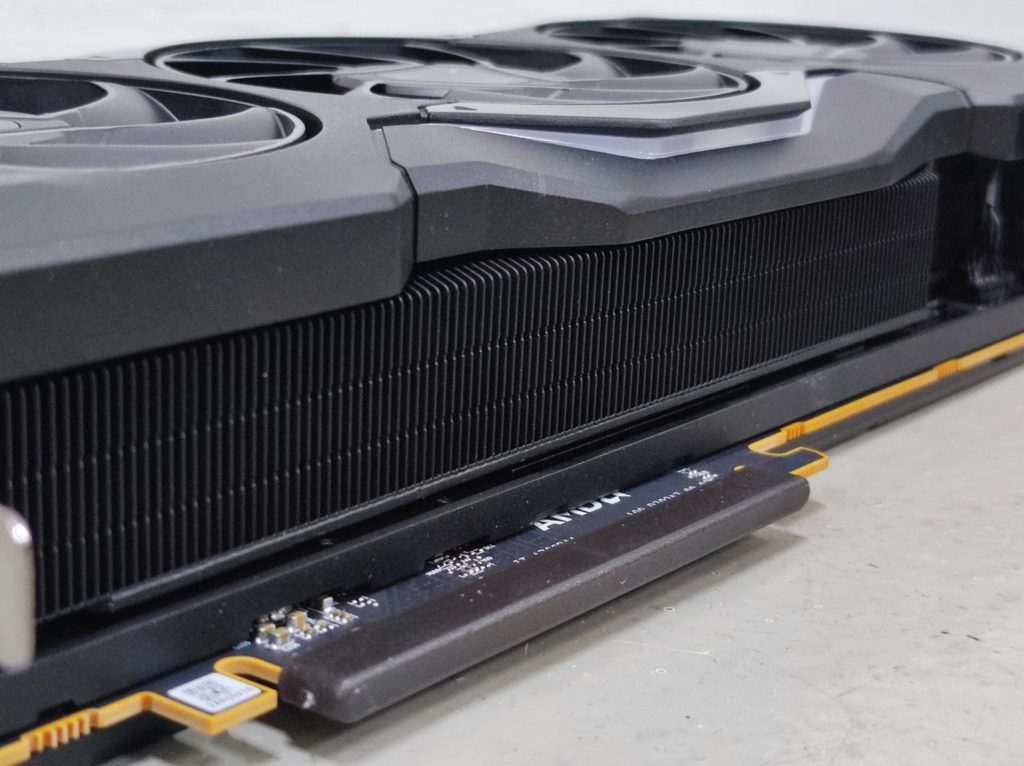 To properly cool the card, a large heatsink is placed on top of the GPU core and other components. The heatsink comes directly under the triple 80mm fans, which can blow cold air directly at the heated heatsink as well as the base of the card. The heatsink is also specifically designed with dark/black finish to complement the overall design. In order to provide both additional support and improved cooling, a backplate also covers the whole rear of the Radeon RX 7900 XTX. 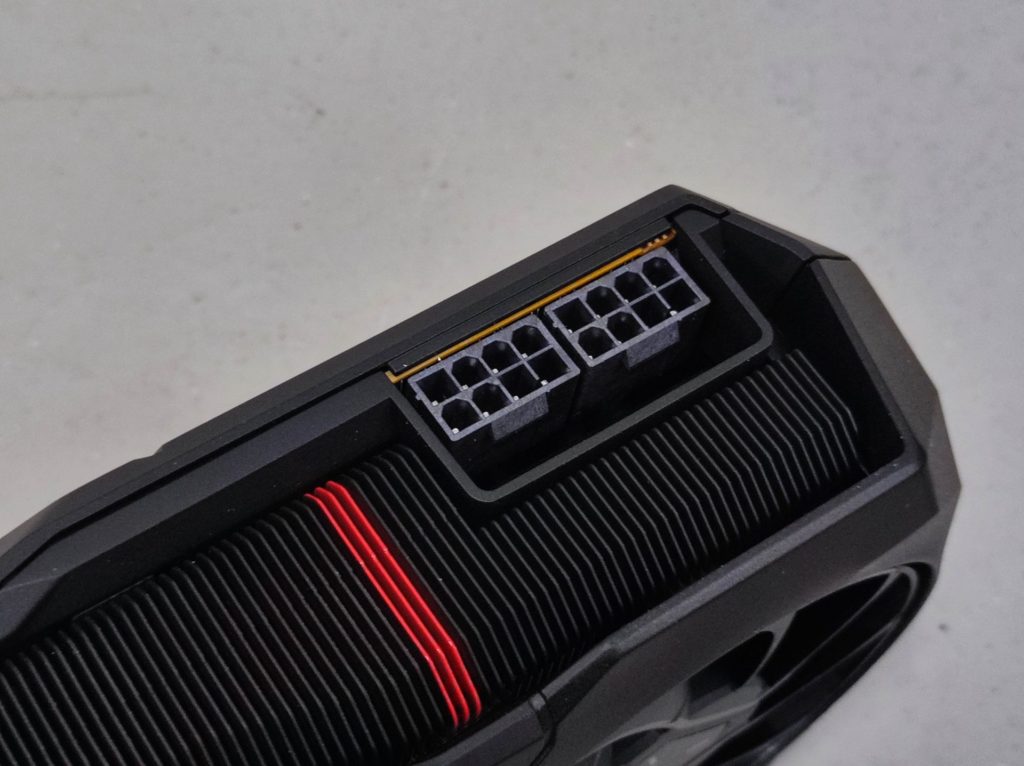 AMD has decided to go with the more traditional 8-pin GPU power ports to maximize compatibility with almost all power supply units in the market now. As their competition’s implementation of the new 12VHPWR seem to be facing some teething problems, AMD plays it safe with the usage of 2 x 8-pin GPU power ports instead. 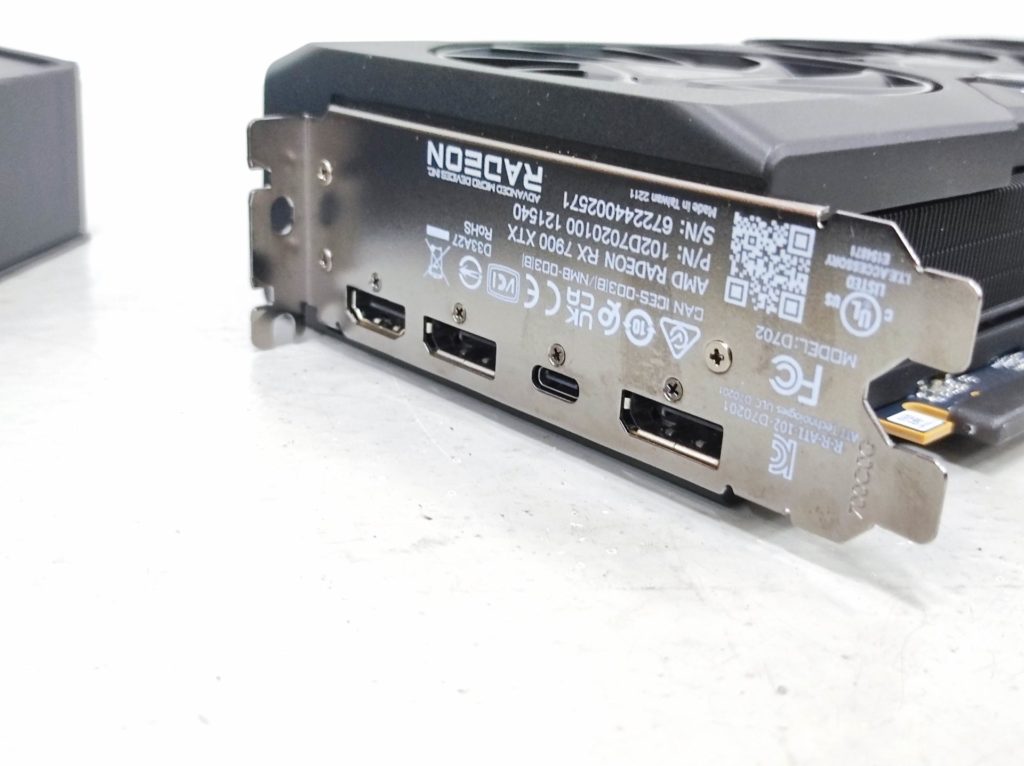 The Radeon RX 7900 XTX comes with 2 x Display Ports, 1 x HDMI and 1 x USB Type-C display outputs. We have to state that one of the advantage of the new AMD Radeon RX 7900 XT and XTX graphics card is that they support the latest DisplayPort 2.1 standard. The new standard enables a higher maximum bandwidth, allowing support for higher resolution at higher refresh rates. Moreover, the new standard also improve support and compatibility of transfer of video and audio signals over the USB Type-C interface. That’s why you can also see a USB Type-C port right on the graphics card.

Larger than it seems 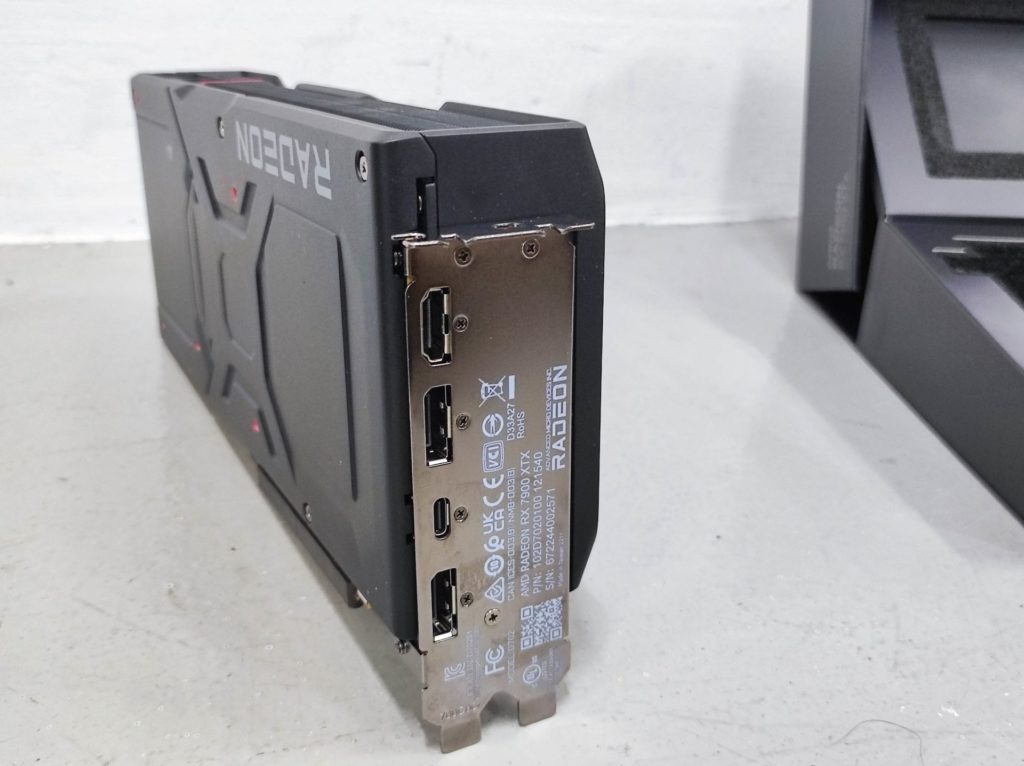 While the Radeon RX 7900 XTX may be tied down to the PC’s chassis via a 2-slot width, the physical card is actually wider than two slots. This essentially means that you will have no chance to fit the card next to other another on the motherboard, and will have to leave a single slot of space between two cards. It’s actually sensible, as this allows the card to have ample breathing space for sufficient air intake to properly cool itself.

The card is also much taller than usual, as it extends itself over the height of the expansion slot. You may need to take this added height into consideration when choosing this card for your new desktop build. Not all PC cases/chassis may be able to accommodate this height. 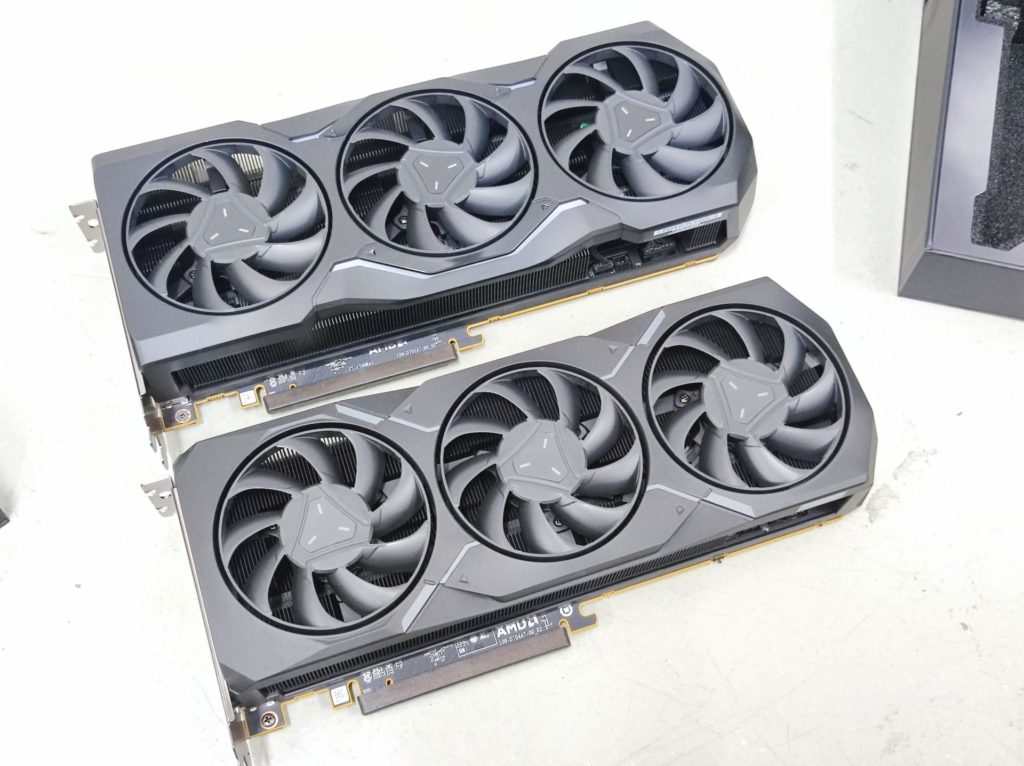 Can you spot the difference between these two cards? I wouldn’t be surprised if you can’t as both the AMD Radeon RX 7900 XTX and RX 7900 XT looks almost identical. “Almost”.

While the design is similar, the RX 7900 XTX is physically larger than the RX 7900 XT. In terms of height, the RX 7900 XT is shorter, and it fits within the height of the expansion slot. This means that it wouldn’t face the compatibility issues that one could possible face on the RX 7900 XTX above. (The top is the XTX, while the bottoms is the XT)

To recap, the Radeon RX 7900 XTX is the new flagship graphics card from AMD. It comes with 96 Compute Units which are running at 2.3GHz Game Clock, a 24GB of GDDR6 VRAM, supports DisplayPort 2.1 and AV1 Encode and Decode. The graphics card is rated at a total board power of 355W.

With 12 Compute Units less, the Radeon RX 7900 XT is the little brother to the RX 7900 XTX. It comes with 84 Compute Units which are running at 2GHz Game Clock, a 20GB of GDDR6 VRAM, supports DisplayPort 2.1 and AV1 Encode and Decode. The graphics card is rated at a total board power of 300W.

How will they perform?

The performance results of these graphics cards will be revealed from the 13th December 2022 onwards. So, do keep a look out for them next week. We’re just as excited and curious as you are.

Unwrap an Upgrade - Play and Create This Holiday with GeForce