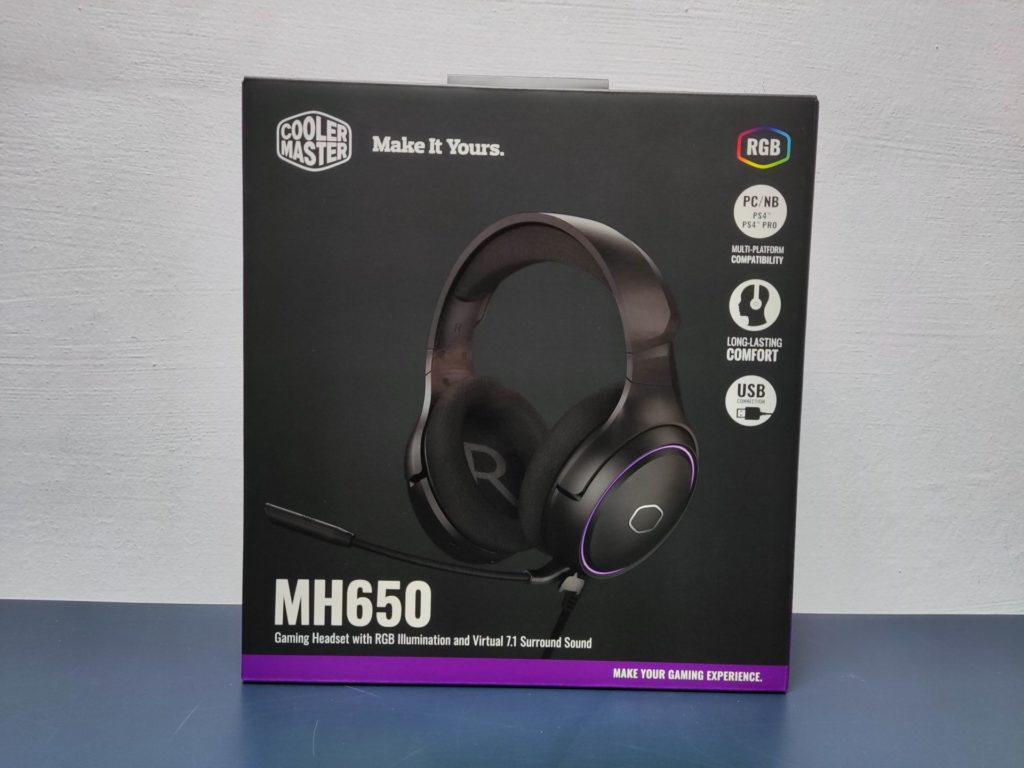 The Cooler Master MH650 was launched last year to attract gamers who are looking for a high performance and quality headphone without breaking the bank. As the new range of gaming headphones following on the success of the feature packed Cooler Master MH751 and MH752, the MH650 strives to live on their legacy.

In this review article, we will take a closer look at the Cooler Master MH650 and find out what has changed since the first generation MH75X series.

What’s inside the Box

The whole Cooler Master MH650 setup is rather simple. All we get is the headphones itself, a detachable microphone, a USB Type-A to USB Type-C converter, a carrying pouch and its user manual. Do take note that the Cooler Master MH650 relies solely on the USB interface for connection to either your PC or PlayStation. It does not support the usual analog 3.5mm audio inputs.

We could also appreciate Cooler Master’s inclusion of the USB Type-A to USB Type-C converter in the box. This also means that we can simply connect the MH650 headphones to any supported USB Type-C (most USB Type-C enabled smartphones are supported) smartphones, and enjoy music or games from it directly.

Moreover, as the digital to analogue signal conversion and headphones amplification are all done within the MH650 housing itself, you need not be too concerned about compatibility and headphones performance. It will just work optimally right out of the box.

The Cooler Master MH650 is also well equipped to perform. It spots 50mm drivers, which we expect better bass responsiveness as compared to the MH752 and MH751.

There are also quick access buttons and controls on the headphones directly. On the right side, we can see the microphone mute and volume knob controls. On the other side, there is a Surround 7.1 effect on/off button, as well as a RGB lighting effect mode selector button.

Lastly, one of the key features of the Cooler Master MH650 is the Surround 7.1 feature. You can turn the feature on/off on the Master Plus software, or tweak the locations of the speakers in your virtual 7.1 surround setup. 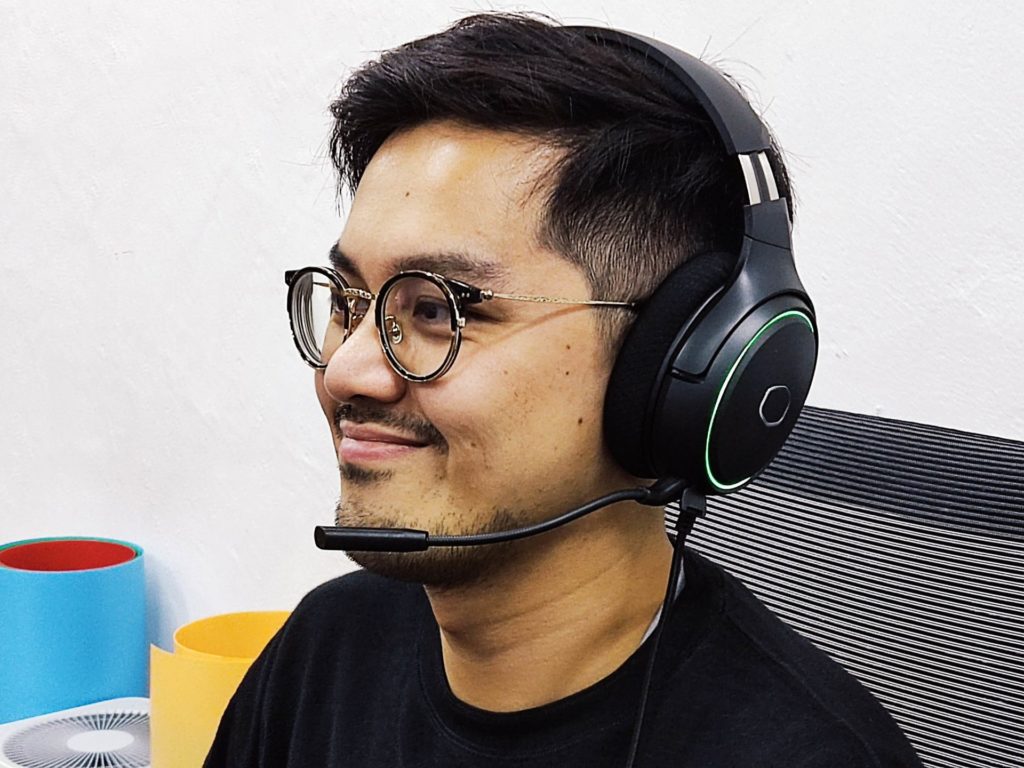 When you first place the Cooler Master MH650 on your head, the first thing you would realize is how light and comfortable the headphones are. Unlike its predecessors, the Cooler Master MH650 has changed its leatherette ear pads to mesh fabric and foam cushion. This has resulted in much improved comfort in its usage. All the paddings on the headphone and ear pads are both soft and breathable, so that you won’t feel hot even after prolonged use.

The headphone’s microphone is also detachable, making the MH650 quite versatile. Regardless of using the Cooler Master MH650 for games, streaming, or simply just for video calls or phone calls, it was able to perform well. It would just perform as expected, regardless of the use case.

The Cooler Master MH650 sounds pretty good too. It has quite a balance and typical V-shaped sound signature. The audio seems bright, and is very suitable for games. Particularly, the headphones works well in FPS games, as its 50mm drivers are able to produce impactful gunshot sounds and sharp effects.

Although there wasn’t too much of a difference when the virtual Surround 7.1 feature enabled, we did find the sounds appear to be slightly wider soundstage. It’s not obvious, but such an effect did result in slightly better separation of sounds in both games and music. 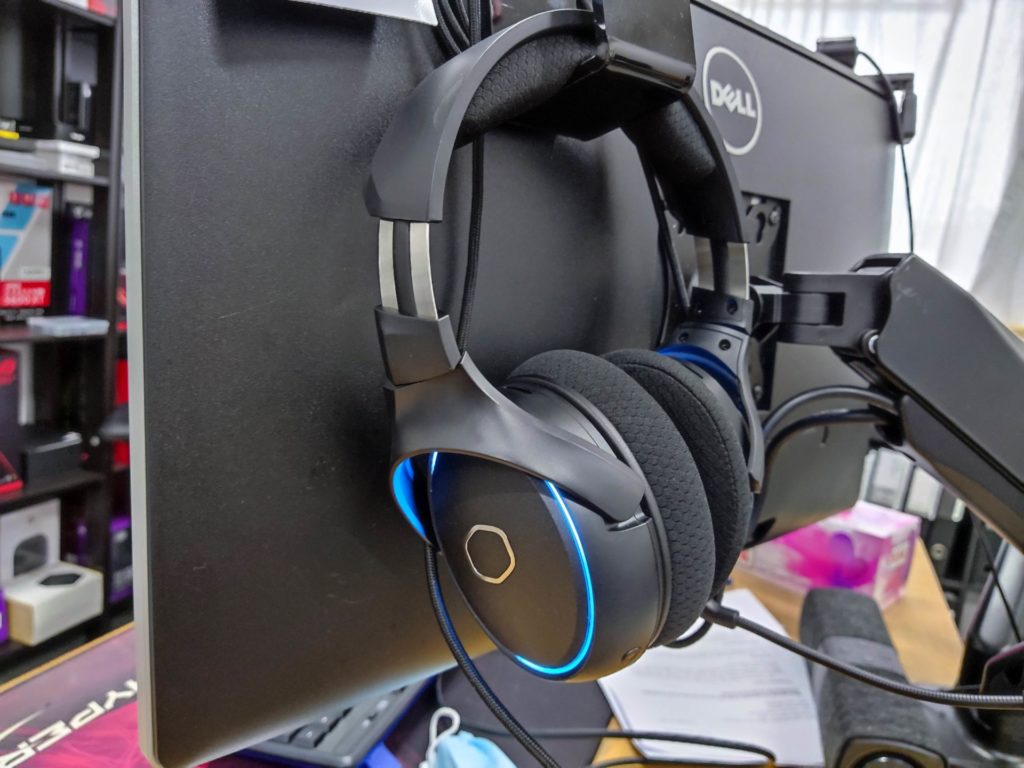 The Cooler Master MH650 Gaming Headphones just works. Its minimal design with a classy touch of RGB lighting allows the product to be suitable for both work and games. The sound profile on the MH650 is also quite typical, and would be enjoyable for most users. Furthermore, the ability to customize the sound profile and lighting effects on this set of headphones is also a plus. However, I would say that the feature that really made the MH650 stand out is the phone’s new paddings and cushions – it’s simply very comfortable.