The February frost couldn’t slow down the GeForce RTX momentum. This week, Rainbow Six Siege players can check out NVIDIA Reflex, a pair of new games are shipping with NVIDIA DLSS technology, it is now easier for Unreal Engine developers to add DLSS and Reflex to their games, and creative applications are using DLSS to boost performance.

In nearly all sports the right gear can help competitors achieve their full potential. Competitive games are no exception, where better GPUs, displays, peripherals, and good software can lead to split second improvements in targeting which can be the difference between digital life or death.

Rainbow Six Siege players with a GeForce 10 Series GPU and newer can now download the public test server, run the Vulkan version, and try out NVIDIA Reflex before it comes to the main game. Just go to the display options menu and enable NVIDIA Reflex Low Latency.

Being a fraction of a second late on the trigger is the difference between winning or losing the engagement, so reducing system latency can be a huge boon for Rainbow Six Siege players. With NVIDIA Reflex, system latency is significantly reduced, making it easier to target enemies and improve your PC’s responsiveness.

Enabling DLSS in Nioh 2 can accelerate frame rates by up to 58%, enabling all GeForce RTX gamers to enjoy Nioh 2 at over 60 FPS at all times. 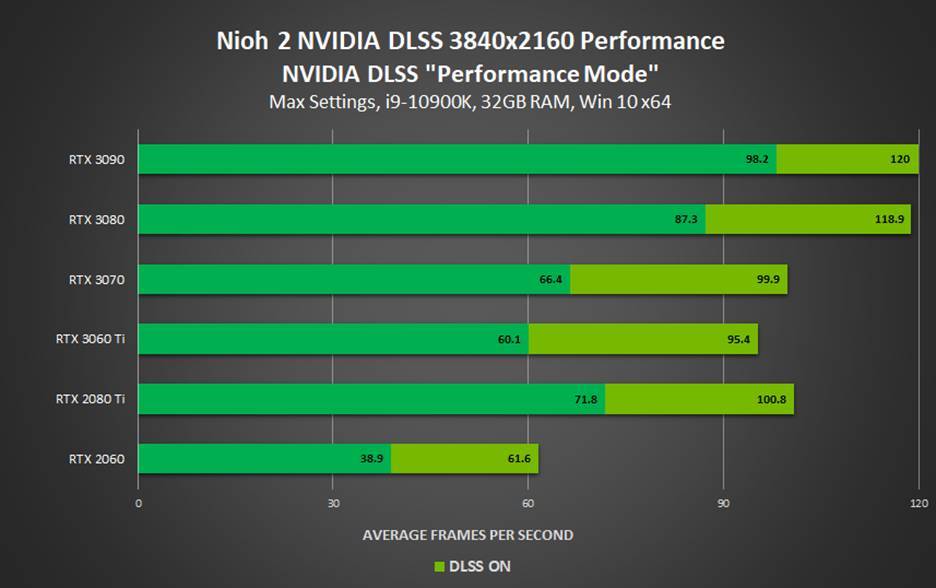 In Mount & Blade II: Bannerlord NVIDIA DLSS can accelerate performance by up to 50% at 4K, allowing gamers to hit 60+ FPS across all GeForce RTX GPUs. 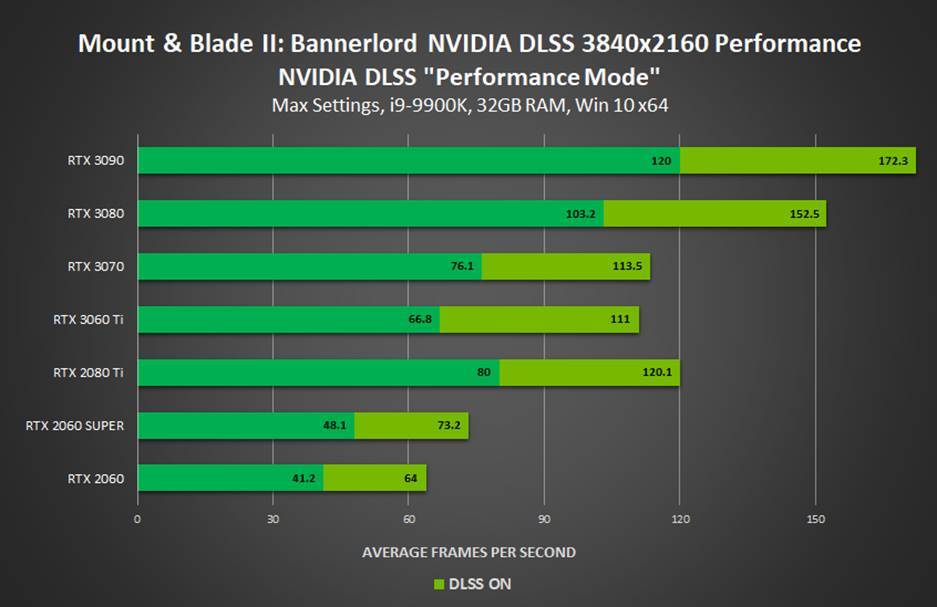 Developer’s ability to level up their games with the same cutting-edge technologies found in the biggest blockbusters got a lot simpler. Unreal Engine 4 (UE4) developers can now access DLSS as a plugin for Unreal Engine 4.26. Additionally, NVIDIA Reflex is now available as a feature in UE4 mainline. Developers building the engine from source will now be able to easily add the Reflex low latency mode to their game. Now all Unreal Engine developers can easily use these same technologies in games, thanks to UE4 integration.

Gamers are not the only ones benefiting from DLSS.

Read their success stories on the NVIDIA blog.