Linksys is known to many consumers with their high quality wireless networking products. Competing in the consumer market with other big brands, Linksys has always focused on user experience and performance in order for them to stay relevant.

The Linksys MR8300 was launched mid last year to target the growing gaming market. It is marketed as a Gaming Router, as it has been tweaked and tested to perform much better than competing products under congested environments. Moreover, the MR8300 also supports meshed WiFi, allowing multiple other mesh compatible Linksys products to be used together for even better WiFi coverage. 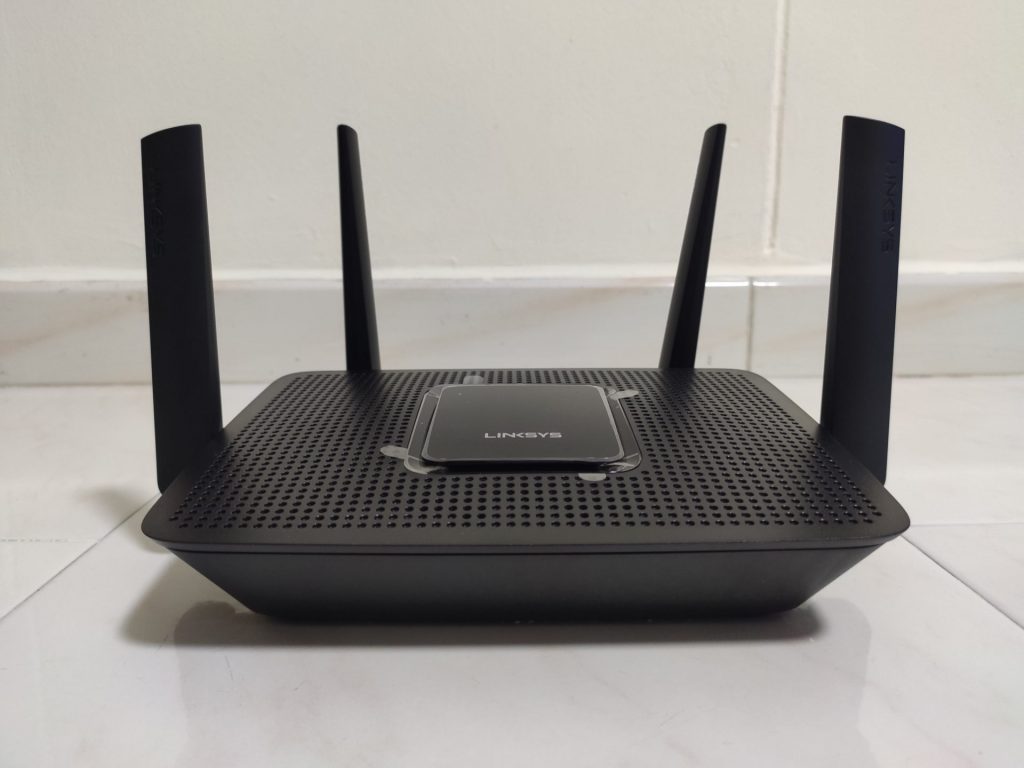 While the key points have already been covered, let’s take a closer look at the device and we’ll share our experience while using it.

The design of the Linksys MR8300 is almost identical to other products in the same category, such as the Linksys Max-Stream AC2200 Tri-Band Router which we’ve reviewed two years back. In fact, my guess is that they are in fact the same thing, just with an upgraded firmware which brings some new features.

The design of the Linksys MR8300 looks simple, yet classy. It should fit well anywhere in the house, as its design blends well into any environment it is in. There aren’t any design aspects that are too out of the way, and every single feature and aspect serves its rightful purpose. It’s just the way we like it, unlike other pretentious gaming routers from other brands that exaggerates its design just because it’s meant to be a “gaming router”. 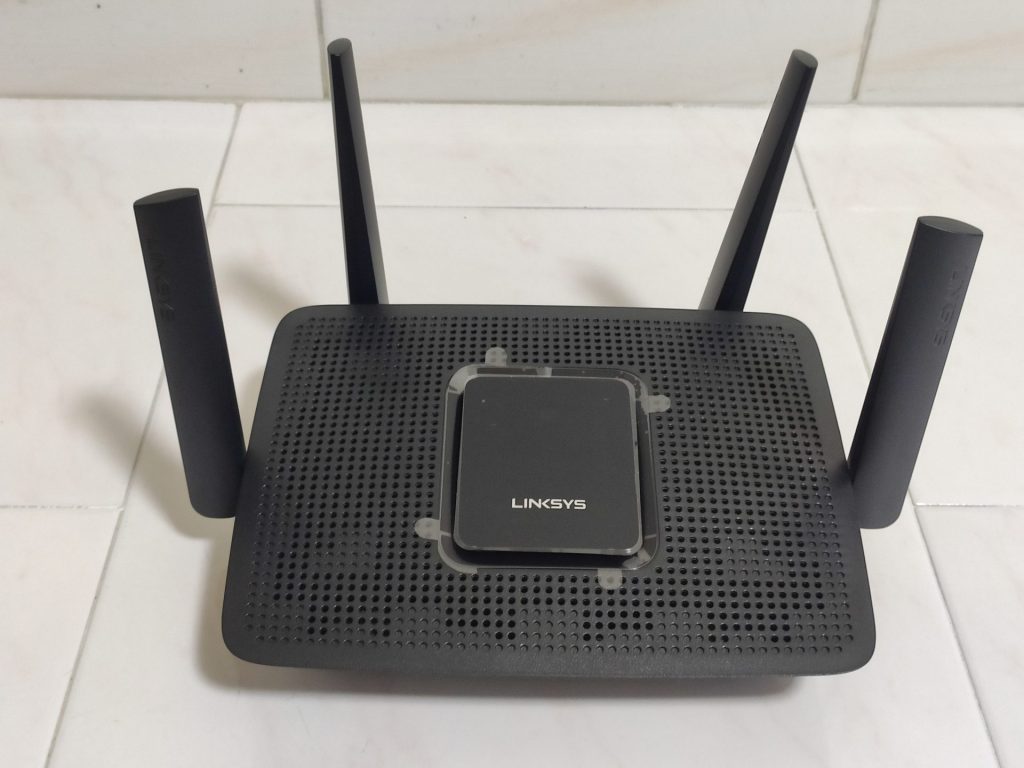 There are holes at the top of the device which helps heat to be dissipated from router’s processing unit. However, we have taken note that the holes on the design could easily trap dust and dirt, which could also be rather difficult to clean. 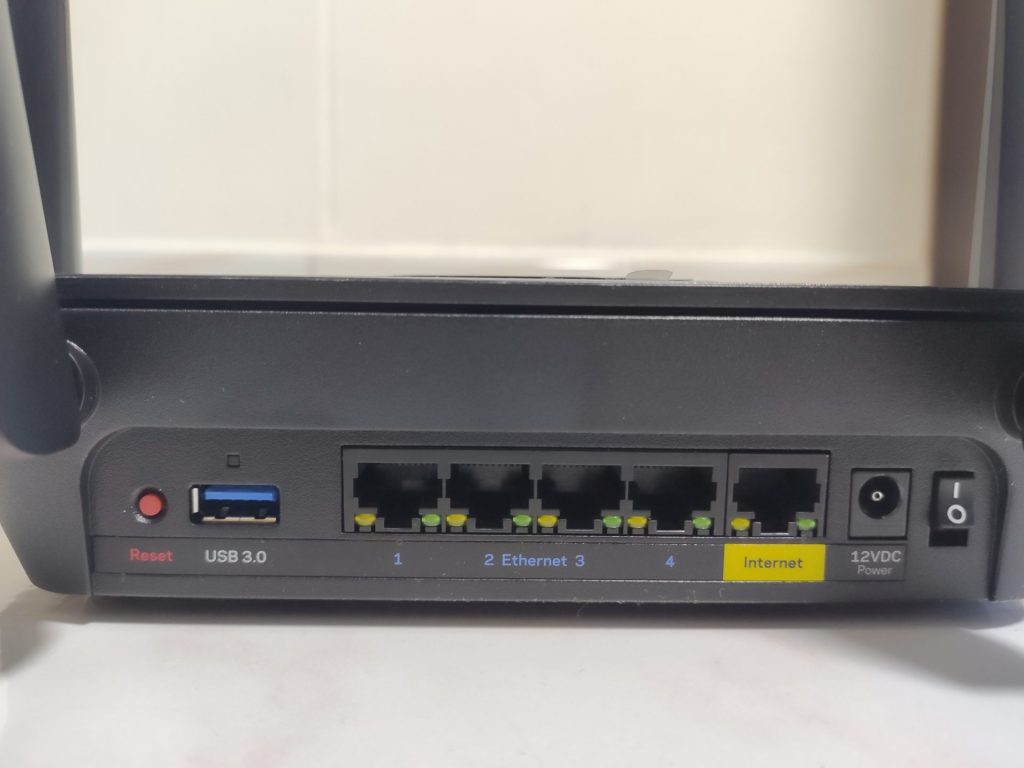 Identical to the EA8300, the Linksys MR8300 comes with a single USB 3.0 port that can be connected to an external storage device. The router can then share the storage device across the network, and use it as a networked storage.

Moving on, the MR8300 also comes with 4 x Gigabit LAN ports, and a single Gigabit WAN port. It should be more than sufficient for most fibre broadband internet services at home.

Setting up the Linksys MR8300 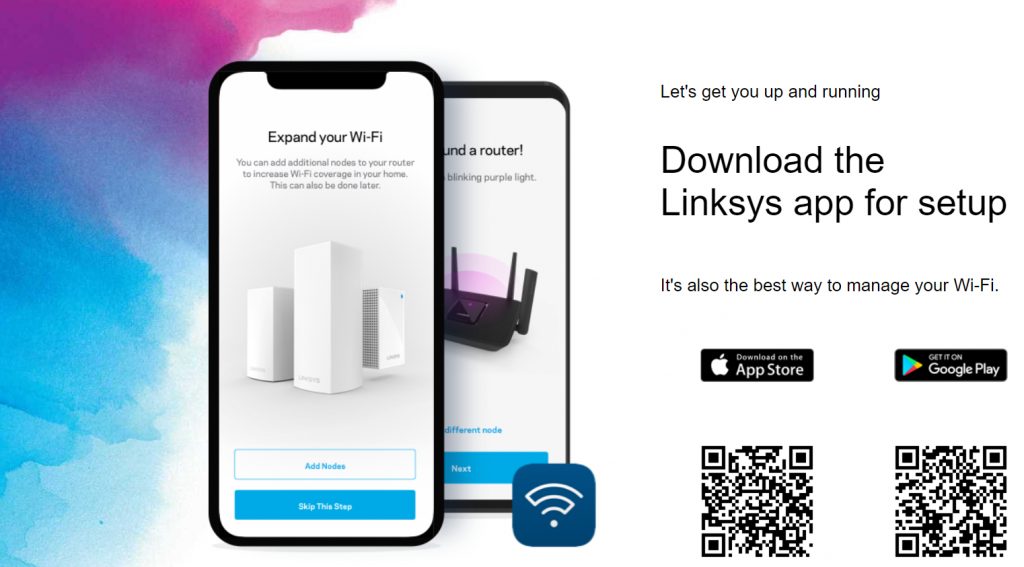 One of the most obvious changes made to the new Linksys product is how these devices are set up. After connecting up the MR8300 and powering it up, I would expect that I could connect to the router via WiFi and set it up via the web browser. However, this has all changed. The Linksys MR8300 requires the user to download their app in order to setup the router. I’m just wondering : if someone relies on this new router to get his/her internet connection, he/she will be pretty much already stuck at this step!

Luckily, as 4G data is considered rather affordable these days, I did not spare any thought and downloaded the Linksys app from the Play Store directly. Following on, setting up the Linksys MR8300 was rather straightforward. I have to admit that the step-by-step guide made possible by the mobile app has made the whole process much easier than before.

However, it does come at a cost. As part of the first few steps of the Linksys app, the user is supposed to sign up an account with Linksys. Without that, you won’t be even able to move on to the next step of setting up the device. There’s just simply no reason I should give up my personal data just to set up a wireless router. Outrageous!

The Linksys MR8300 comes with a built-in performance test that’s powered by Ookla’s Speed Test. Based on this test, we were able to determine the bandwidth from our ISP (Singtel) to the router.

On a 1Gbps connection from the ISP, we managed to achieve about 500Mbps on the router. Of course, we do not expect the full 1Gbps bandwidth from the router, as other factors, such as equipment and our cabling infrastructure also comes into play. With these numbers as a basis, we tested the wireless speed of the router.

Comparing to the EA8300, the performance did improve quite a bit. We had a much lower ping rate than expected, and the MR8300 also attained a higher download and upload speed from our smartphone (Xiaomi Mi9T) than before.

There is no doubt that the new Linksys MR8300 performs much faster than the physically identical EA8300 router. The improvements were appreciated, as Linksys did bring in quite a number of new features on the MR8300. However, there are areas which we thought that could be improved, such the removing the need to use the app for installation, or requiring users to create an account with Linksys in order to use the app.

Nonetheless, the Linksys MR8300 provides great value to users seeking for a new wireless router that comes with a timeless design and excellent network performance. If you are interested in the Linksys MR8300, it is now available at the recommended retail price of S$329 at selected Challenger stores and on Hachi.tech. It is also available at other authorized retail stores.