It’s difficult to choose between all the different brands and models of wireless routers that are out in the market. Which is faster? Which is easier to set up? How is their wireless coverage? Which will be compatible with the Internet Service Provider? Are they reliable? These are the questions that consumers have in their mind when purchasing a new wireless router. 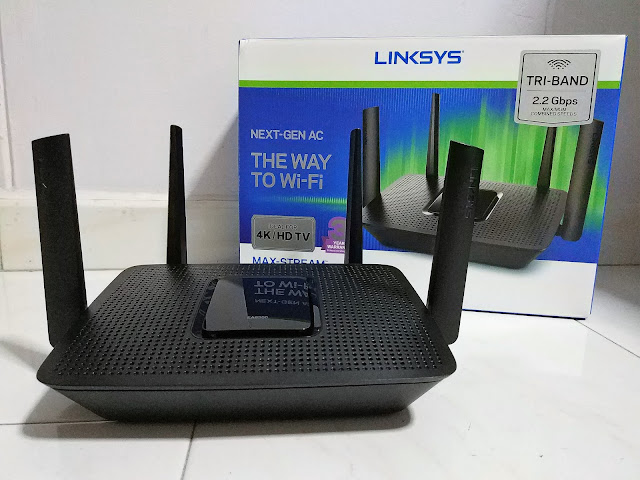 To show off the confidence in answering all the questions above, Linksys has sent us their new 802.11ac Tri-Band MU-MIMO Wireless Router. The Linksys EA8300 is their entry-level Tri-Band routers that is targeted for mainstream users. Despite being segmented as an entry-level product, it certainly does not perform like one. The EA8300 is in fact, poised to outdo its predecessors in every aspect of wireless networking.
In the past, most routers can only perform on a single wireless band. After the introduction of Wireless 802.11n, there came dual-band routers which were able to broadcast and transmit simultaneously on both the 2.4GHz and 5GHz frequency bands. This year, we are seeing the rise of new Tri-Band routers that promises unprecedented throughput, bandwidth and simultaneous support for multiple connected networked devices. With the increase of the number of wireless networked device, high performance MU-MIMO (Multi User, Multi-In, Multi-Out) routers are definitely starting to become more common at homes and offices. 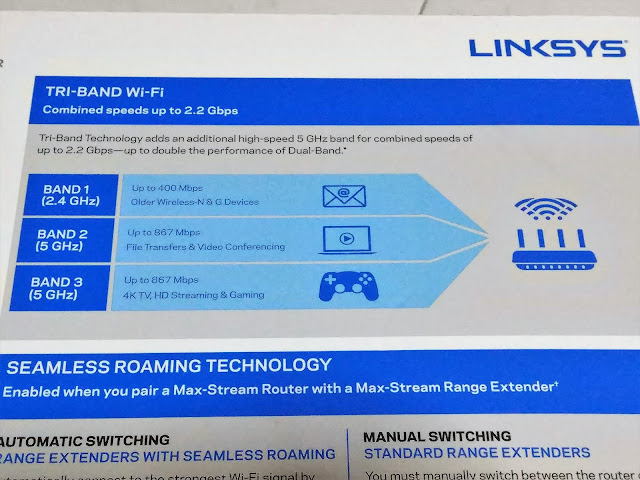 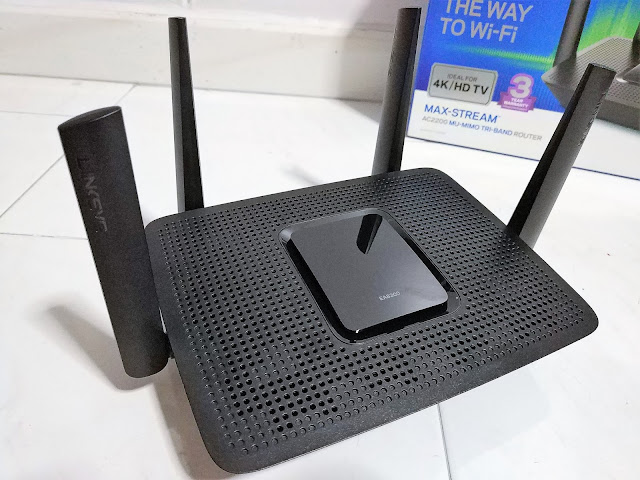 The EA8300 Wireless Router is designed to have a professional look. This design should fit well in both office spaces or any location in your home.
There are 4 non-removable antennas attached to the unit. These are active antennas which are powered by High Power Amplifiers for the best possible signal strength and coverage. 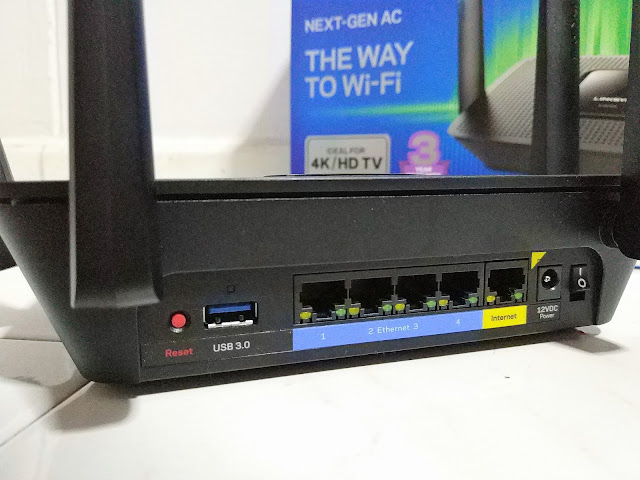 The EA8300 also comes with 4 Gigabit LAN ports and 1 Gigabit WAN port for speedy wired connections. There is also a USB 3.0 port for the creation of a shared storage on the network by connecting to a external storage device via USB. 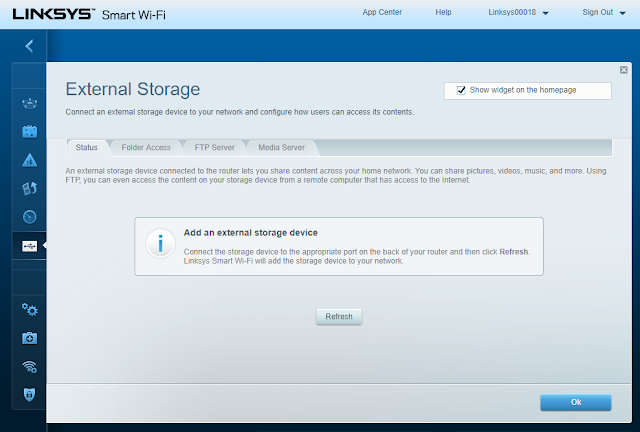 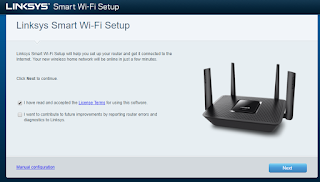 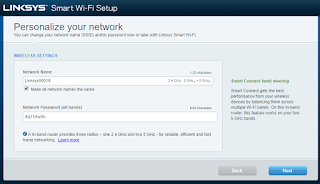 Setting the EA8300 up was rather straightforward, but do not expect a plug and play experience. Luckily, the Linksys router’s administrative portal will guide first timers along during the set-up process, as the step by step approach is very easy to understand and follow. The whole wireless router can be easily and quickly set up in less than 5 minutes. 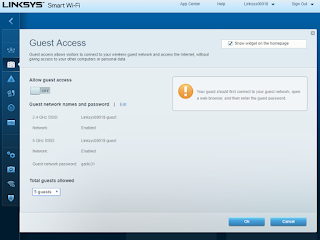 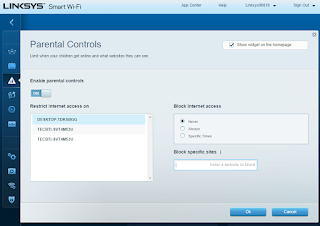 Looking deeper into the administrative portal, we also realized that the Linksys Max-Stream AC2200 supports a lot of advanced features. These features on the router enables various user scenarios such as improved security, performance and convenience.
For example, the router supports Guest Access by broadcasting another SSID for guests. These guests can then access limited services on the wireless networks as set out by the administrator. There are also Parental Controls functions which blocks or limits different services or content. 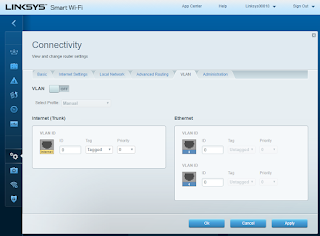 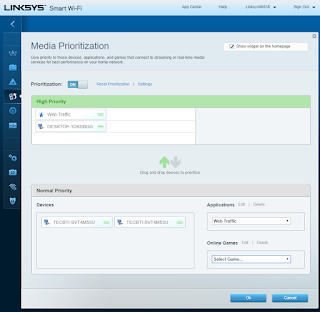 The router even supports VLAN, and can be configured to current setups in offices for proper network management. Such features are not common in routers that are designed for homes. The router can even prioritize different network packets for better performance for a specific application. 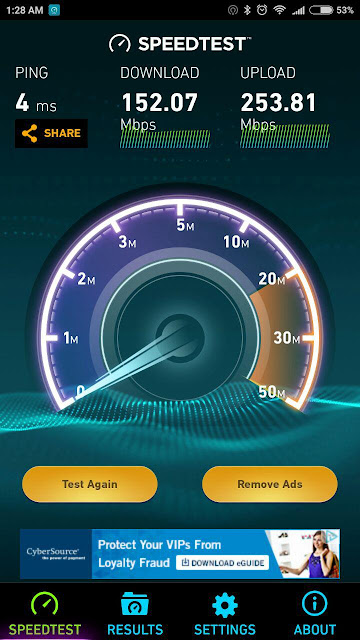 In terms of performance, we managed to achieve a speed of 152Mbps download and 253Mbps upload on a 1Gbps fibre internet plan. The maximum throughput via the wireless interface was considered rather high as it was above 250Mbps. This test was done using a Xiaomi Mi5s smartphone.
The Linksys Max-Stream AC2200 Tri-Band Router is designed to be an extremely high performing wireless router. It comes with future-proofed specifications that supports the homes of the future, allowing many wireless devices to be connected at the same time. Although these tests are hard to carry out, the EA8300 was able to provide seamless connectivity to all 14 devices at our test home site at the same time. ( 2 x desktop computers, 4 x laptops, 5 x smartphones, 2 x tablet devices, 1 x TV Box)

The Linksys Max-Stream AC2200 Tri-Band EA8300 Wireless Router has been proven to perform well in the standard Singapore HDB homes. It is also very easy to set up thanks to the guided approach designed by the Linksys engineers.
If you are looking for a new wireless router to support your many wireless devices at home, the Max-Stream AC2200 EA8300 wireless router can’t go wrong. It is priced competitively at 279SGD, while competing brands of similar specifications have theirs in a 400SGD to 600SGD price range.

SWITCH gears up for a bigger and better 2017