In the pursuit of the perfect notebook computer, many manufacturers have challenged the norm by bringing never seen before designs. Most of the times, while trying to build a thin and light, yet considerably powerful laptop, trade-offs have to be made. With improvements in industrial design and continuous innovation, it seems that ASUS has managed to do away with those trade-offs and came out with “perfect” notebook. Today, we will take a look at the ASUS Zenbook 14 UX433F to see if it is really as good as it seems.

Many have known the ASUS Zenbook series. In fact, we believe that the Zenbook products were the ones which truly defined what an “ultrabook” means back in the days when it was first introduced. Today, with the advancement in technologies, every notebook can now be as light as a ultrabook, and still retain great compute capabilities. With years of refinements, the new ASUS Zenbook 14 UX433F showcases the peak of what ASUS can produce. 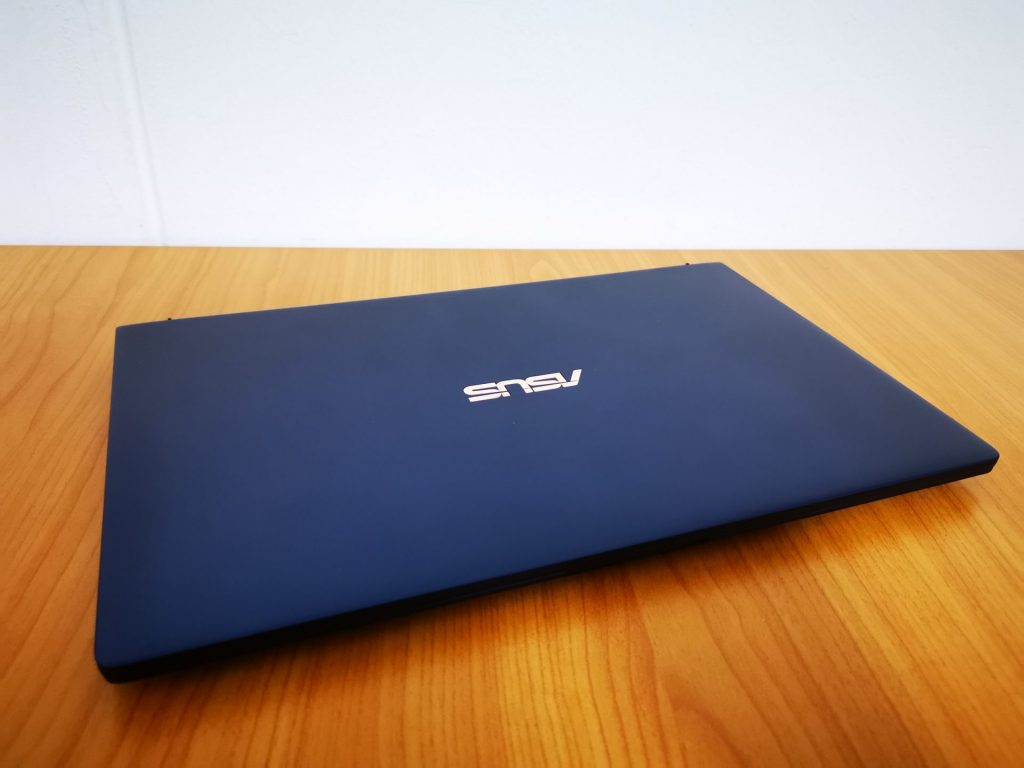 On the first look, the Zenbook 14 UX433F looks simply gorgeous. The main hardware is enclosed in a brushed blue metallic material that is complemented with a golden logo at the back of the display. While the device is also available silver, we definitely prefer the former. Another eye-catching feature of the ASUS Zenbook 14 UX433F is how thin its display bezels are. In fact, because of this design, ASUS managed to shrink a 14-inch display device into the size of a previous generation 13-inch device. While the display size remains the same, the thin bezels creates an illusion of an “infinity” display, which somewhat improves the general immersiveness of the media consumed.

Moreover, with the adoption of a high-quality non-glare IPS display, the ASUS Zenbook UX433F is made great for most user scenarios, be it watching videos or word processing. Its powerful speaker system is also worth mentioning, which produced sounds that focused a lot of clarity on the mids and highs with a slight hint of bass. We found that the speakers on this notebook worked well with the display for a superior media consumption experience.

Moreover, we realised that ASUS brought some of the popular features on their high-end ROG Zephyrus gaming laptop models onto the UX433F as well. Firstly, the Zenbook 14 UX433F comes with something known as the ErgoLift design. When the lid opened, it slightly tilts the keyboard at a comfortable angle for typing. While the angle of tilt is considered small, it does have a profound impact on the whole typing experience. Together with the full-sized keyboard and longer than usual key stroke length on the Zenbook 14, we really enjoyed our times typing on this machine. ErgoLifts also encourages better heat dissipation of the notebook, thereby providing a more reliable product.

Secondly, ASUS has also brought that cool virtual numpad technology onto the new Zenbook 14 as well. If you are using the calculator, you can simply tap on the numpad key on the trackpad and out comes a virtual numpad on the trackpad for convenient and familar number inputs. Of course, you can even keep it permanently on if you are using the laptop with an external mouse. Such features are really unique to the ASUS Zenbook 14, and are not seen anywhere else on other notebook computers. 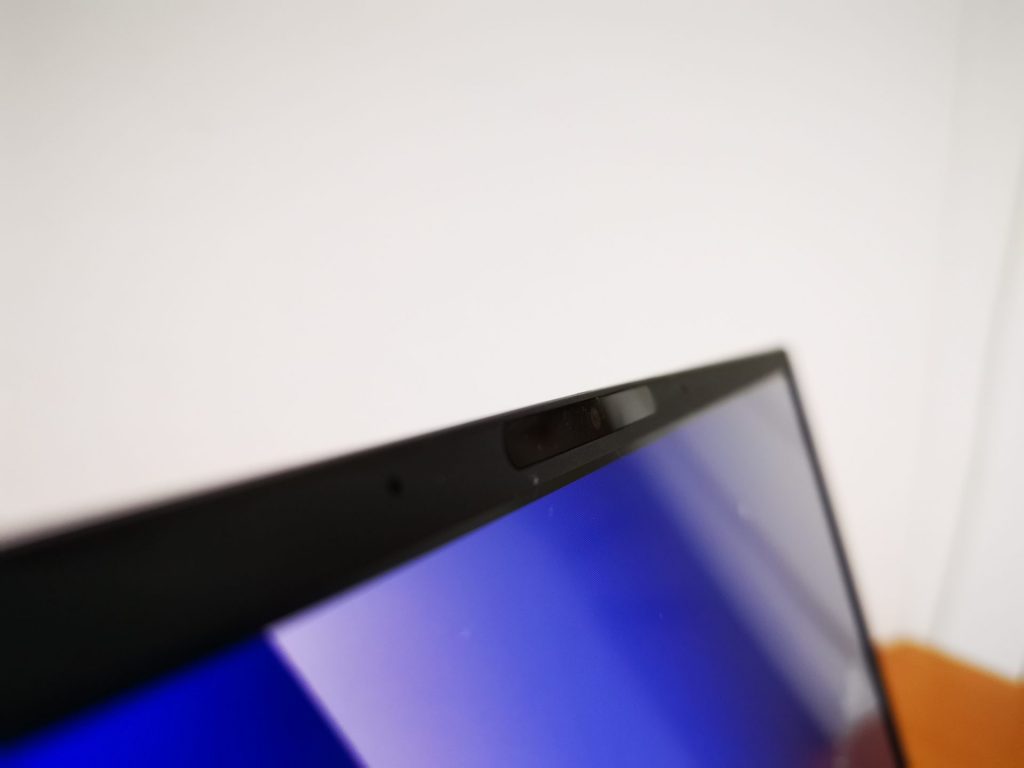 While brands such as LG have been producing thin bezel displays for their Gram series of notebooks for many years, they have failed to put the webcam on the laptop at where it is supposed to be. Thankfully, the ASUS Zenbook 14 UX433F did not trade usability for aesthetics, and still managed to put the webcam at the top of the display. Interestingly, this webcam can even still support Windows Hello authentication methods.

While all have been good about the ASUS Zenbook 14 UX433F thus far, there are still some areas which can be improved. For example, because of this thin design, heat dissipation could be an issue. We found that the left palm rest can heat up quite a bit to cause some discomfort to the users.

Other than this, there is really no other much faults we can find with the ASUS Zenbook 14 UX433F. It is really as close as it can be to the perfect notebook computer.

Powerful Hardware for all Usage Scenarios

Furthermore, the unit which we had for review still had a dedicated NVIDIA GeForce MX150 graphics card which could even allow the laptop to play some simple games such as DOTA 2 at high frame rates. It also fared very well on the Cinebench R20 benchmark thanks to its new Whiskey Lake processor. It even is equipped with a NVMe based SSD and 16GB of DDR4. There is really nothing much we can complain about in terms of performance of such a thin and light personal computer. 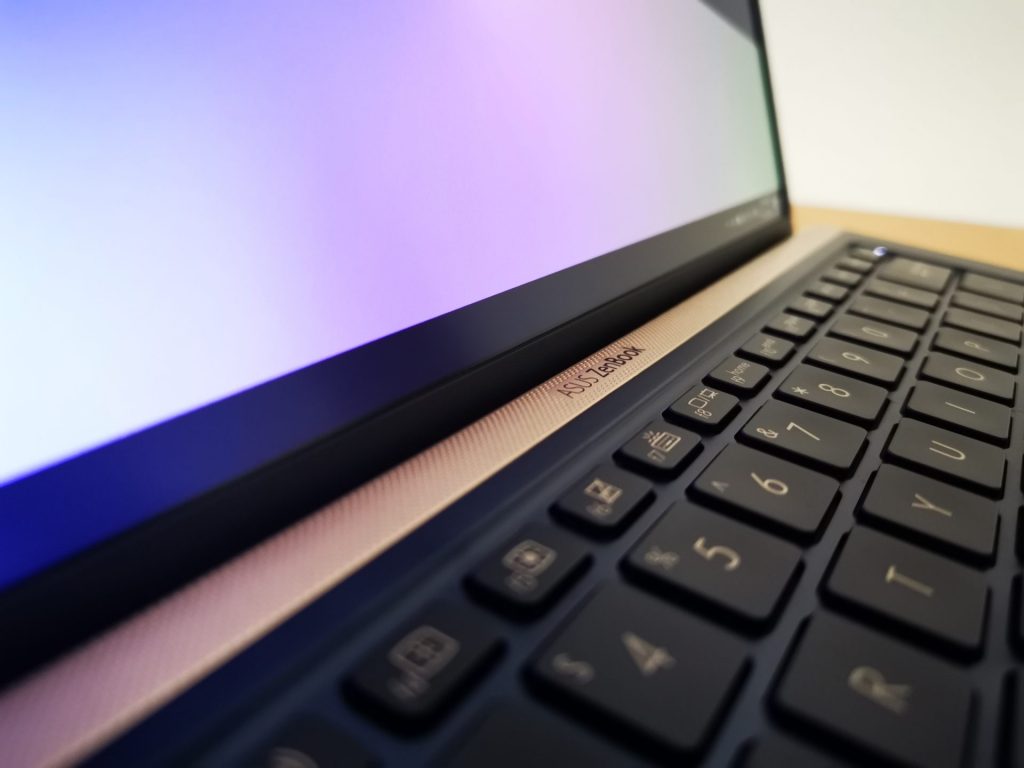 ASUS has focused on getting the basics right without making any trade-offs while trying to design a thin bezel, powerful yet light laptop. Their innovation on the virtual numpad and ErgoLift is also commendable, and allows the Zenbook 14 UX433F to stand out from any other products in the market. All things considered, this is indeed one of the best notebook computers you can buy in the market right now.