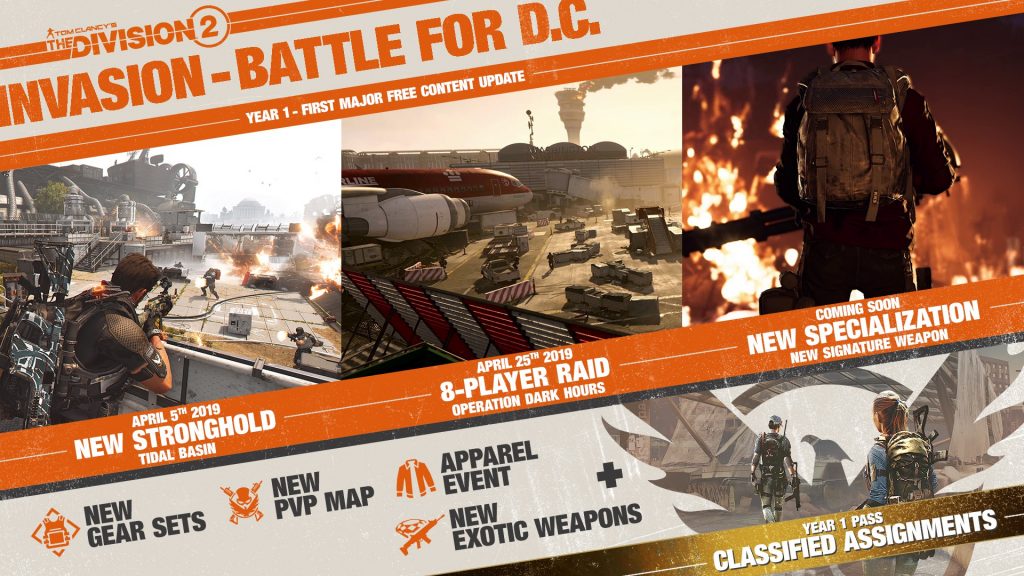 As part of the endgame and post-launch first philosophy of Tom Clancy’s The Division 2, ”Invasion: Battle for D.C.” brings new challenges and content:

While “Invasion: Battle for D.C.” is the first batch of free content brought to players as part of the Year 1 post launch updates, Agents can look forward to the following content later this year: