Razer’s Quartz Pink colorway was first launched in 2018 to the delight of gamers, streamers and influencers worldwide. With a humble lineup of 4 peripherals to choose from, it was the beginning of a ‘pink phenomenon’.

Fans on the quest for Quartz to refresh their setups with bold color themes – balancing power in pink. We’ve paid attention. With more than double the gear available this year, one can enjoy a new series that lets you stand out even further from the crowd…in style.

“Our fans told us they could not get enough of our Quartz Pink editions,” said Razer Co-Founder and CEO Min-Liang Tan. “We listened and we have given the stunning pink treatment to our latest gaming gear, giving you the unfair advantage in both performance and looks.”

Armed with features such as a removable multi-function paddle and a dial for adjusting scroll wheel resistance, the Razer Basilisk offers a dynamic range of options to augment your performance and take your gaming experience further.

Our bestselling soft gaming mouse mat, powered by Razer Chroma™—ready to illuminate every victory in a stunning spectrum of colors. Watch your game light up with vivid brilliance as you swipe across the Razer Goliathus Chroma with speed and precision.

Designed with Opto-Mechanical Switches and Razer Chroma-backlit keys, the Razer Huntsman provides the fastest key actuation within Razer’s keyboard line. Razer Opto-Mechanical™ Switches use optical technology – an infrared light beam inside each switch – to precisely detect actuation when a key is pressed. You’ve never experienced speed like this before. 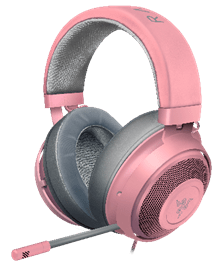 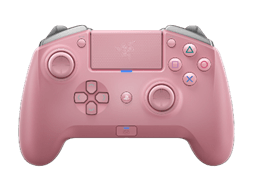 The Razer Raiju Tournament is available in Europe, Asia and Oceania.

Designed and tested by top streamers, the Razer Seiren X Quartz microphone is the key to getting heard in the mightiest way possible. Backed by the best microphone technology, it’s the first step to taking live streaming to new broadcasting heights. 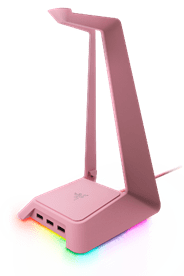 The Razer Base Station Chroma is a multi-function headset stand with a 3-port USB 3.0 hub for maximum efficiency. It features Razer Chroma backlight for a complete Chroma gaming setup.

Razer™ is the world’s leading lifestyle brand for gamers.

The triple-headed snake trademark of Razer is one of the most recognized logos in the global gaming and esports communities. With a fan base that spans every continent, the company has designed and built the world’s largest gamer-focused ecosystem of hardware, software and services.

In services, Razer Gold is one of the world’s largest virtual credit services for gamers. Razer Pay is the e-wallet designed for youth and millennials, and Razer Game Store is the only games download store that offers rewards for gamers.

Founded in 2005 and dual-headquartered in San Francisco and Singapore, Razer has 15 offices worldwide and is recognized as the leading brand for gamers in the USA, Europe and China. Razer is listed on the Hong Kong Stock Exchange (Stock Code: 1337).