Just Cause 4 has a goofy yet buggy first impression

Home » Just Cause 4 has a goofy yet buggy first impression

Mostly looks great, except on water

If there is one thing that the Just Cause series do well, that would be unadulterated chaos. And much like the band of ragtags you command, the Army of Chaos, you play as Rico who charges headfirst into any sense of danger. You will be placed into the shoes of someone who typically brings down the wrath of his trusty tether/grappling hook on his enemies.

Rico is still equipped with grappling hooks, wingsuits and parachutes that players can use to satisfyingly navigate through Solís. However, after putting some time into the game, some quality of life improvements were noticed. You can now plant boosters (mini propellers) from a distance using your grappling hook. On top of that, the max number of active tethers is now doubled from 5 to 10! 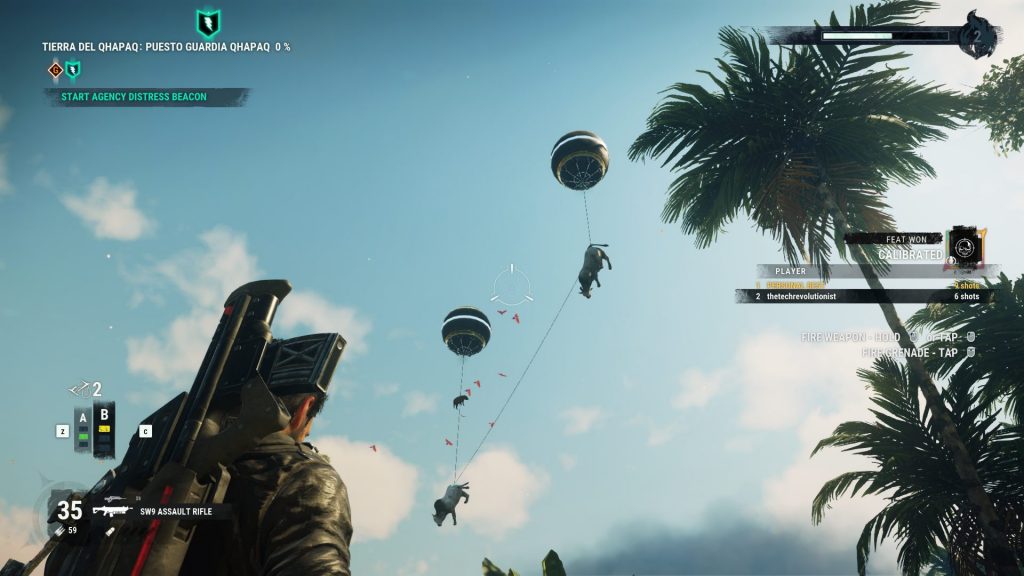 An additional tether modifier is also added, and it comes in the form of an Air Lifter. It works similarly to Metal Gear Solid V’s Fulton system, which lifts up whatever is attached to the tether. This can result in hilarious aerial feats, and removes the need of hoping that your boosters will randomly lift up your victims.

Speaking of flexibility, you can now customize the speed and power for each tether’s modifier. Want your tether to quickly retract and knock out the poor attached Black Hand when activated? Want to toggle your boosters mid-flight? Just Cause 4 now allows you to do so with its new implementation, as well as its components’ mods. It is a small touch, but an improvement nonetheless. 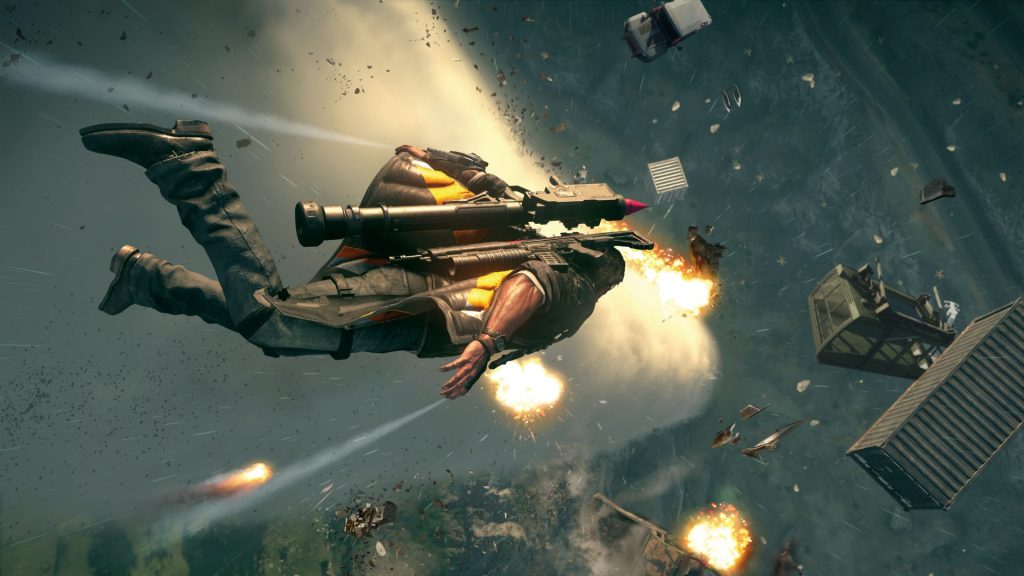 Surely you would have noticed that Just Cause 4 now features a tornado! Thanks to the new weather system, players can see themselves zipping through tropical thunderstorms and vision-impairing sandstorms. Your ability of flight expectedly diminishes whenever a tornado is nearby, which adds a small sense of dread to the somewhat godlike stature of Rico Rodriguez.

Just Cause 4 also still features the same destructive physics system in its predecessor, with anything explosive being nicely labelled in bright red. The game also manages to stay as wacky as the other games in its series. The combinations of tools at the player’s disposable can be a treat to watch, and I do find myself thinking of unique ways that objectives can be completed. Goofing around with wild animals is also satisfyingly amusing! It has been a while since a game manages to get a chuckle out of me.

To be able to withstand the troubles of rendering an actual tornado that is alive in-game, the developers at Avalanche Studios made it possible by creating their new Apex Engine. This engine is built for the current generation of consoles that has a higher than typical number of CPU cores. In turn, the scalability of PCs with processors that has more cores (e.g. Ryzen) should be pretty amazing.

However, it cannot be said in the graphics card department. Even with a mid-tier GPU (Nvidia GTX 970), the game barely maintains 60 FPS with the graphics set at high. Stutters are pretty common, and even crashes happen every now and then. This usually twists me out of the game’s immersion, making the experience jarring at times.

Still, it should be noted that like most newer titles, the game is still in its infancy with its recent release. Patches and bug fixes are bound to come, and we hope the game will turn into something more polished.

Save big with Transcend 12.12 Flash Sale at Lazada’s Transcend Official Store on December 12