Ubisoft announced that Demolition Derby, the second free update brought to Ubisoft’s open world motorsports game, The Crew® 2, will be available on December 5 on PlayStation®4 computer entertainment system, the Xbox One family of devices including Xbox One X and Windows PC.

The Demolition Derby update introduces a new Demolition Derby discipline where competitors must try to earn a top-three spot by getting the highest score in a limited amount of time. Two new arenas have been built to house the destruction.

The Bonneville Salt Flat where players will earn points by crushing their opponents’ cars while avoiding obstacles like being smashed by an elevator, a spring-loaded boxing glove or other cars.

And a new circuit built in the heart of the Tucson aircraft cemetery, where players will be able to push their opponents off of the track for even more devastation.

In addition to the Demolition Derby discipline, the update brings the highly anticipated PvP mode to The Crew 2. Starting at the Rookie level, up to eight players can compete against each other in a variety of disciplines, such as Street Racing and Motocross, in a constantly renewed selection of events across the US map. Players eager to shift the competition into top gear can enter in the in-game PvP leagues for higher stakes and rewards. Four new demolition derby cars will be included in the update and for the first time in The Crew 2, whether in a specific mode or in freedrive, the demolition derby cars will be completely destructible. 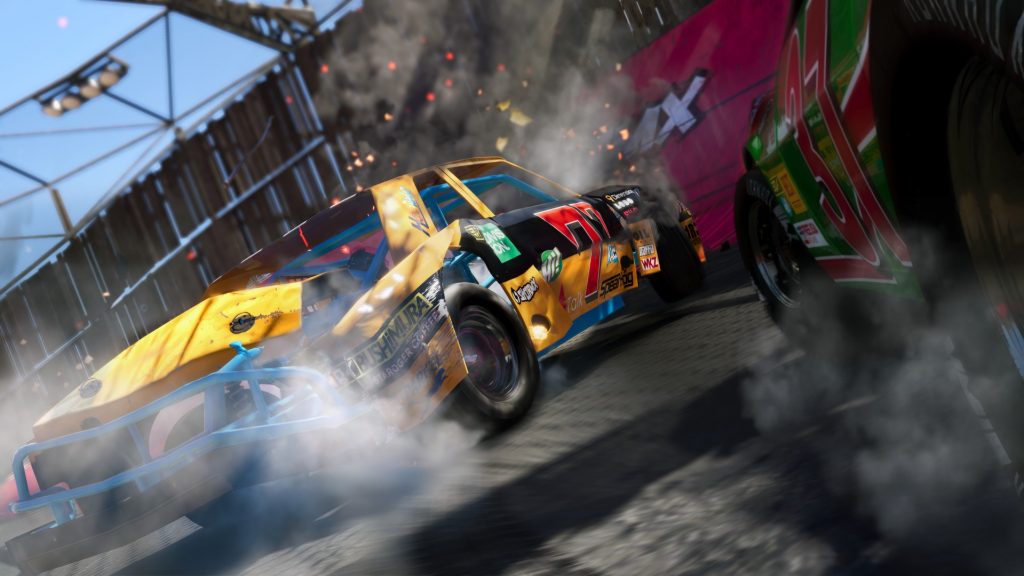 The update will also feature more high-octane contests, including exclusive Drift, Alpha Grand Prix and Rally Cross challenges as well as additional skills and in-game activities. As part of The Crew 2’s monthly vehicle drop, the Audi RS3 LMS – 2017 and the Aeroboat – VS12 – 2018 are now available for all players to access.

The release of Demolition Derby is the next step in the The Crew 2 post-launch development schedule, and the team is committed to continue introducing ample new content through regular updates in the months ahead. September saw the release of the first major free update, Gator Rush and the Hovercraft discipline. For more information on The Crew 2 post-launch plans, please visit: www.thecrewgame.com/postlaunch

Developed by Ubisoft Ivory Tower,* a studio based in Lyon, France, The Crew 2 lets players experience the thrill of the American motorsports spirit inside a fully redesigned USA. The game’s playground pushes physical boundaries to let driving and open world fans test their skills in nonstop competition and exploration. From coast to coast, drivers can explore America and compete to become the greatest motorsports champion by collecting a wide variety of exotic cars, bikes, boats and planes, and dominating the motorsports scene on the land, on the water and in the air. They can find challenges and inspiration among four different motorsports families: street racing, off-road, pro-racing and freestyle, and will be given a broad set of options among a wide selection of vehicle types.

For the latest news on The Crew and all of Ubisoft’s games, please visit blog.ubi.com

You can now experience the world's most expensive headphone - Sennheiser HE1