For Honor unveils “Return of the Otherworld” Halloween event

Home » For Honor unveils “Return of the Otherworld” Halloween event

Hong Kong— October 26, 2018 — Today, Ubisoft announced Return of the Otherworld, a special For Honor® seasonal event, available on PlayStation®4 computer entertainment system, the Xbox One family of devices including Xbox One X and Windows PC starting today, October 25 until November 8. This new event will feature a surplus of spooky thematic elements, including the return of the Endless March game mode and the premiere of the Arcade Weekly Quests. The event also includes specialized community challenges, exclusive Halloween-themed loot, weapons and more. 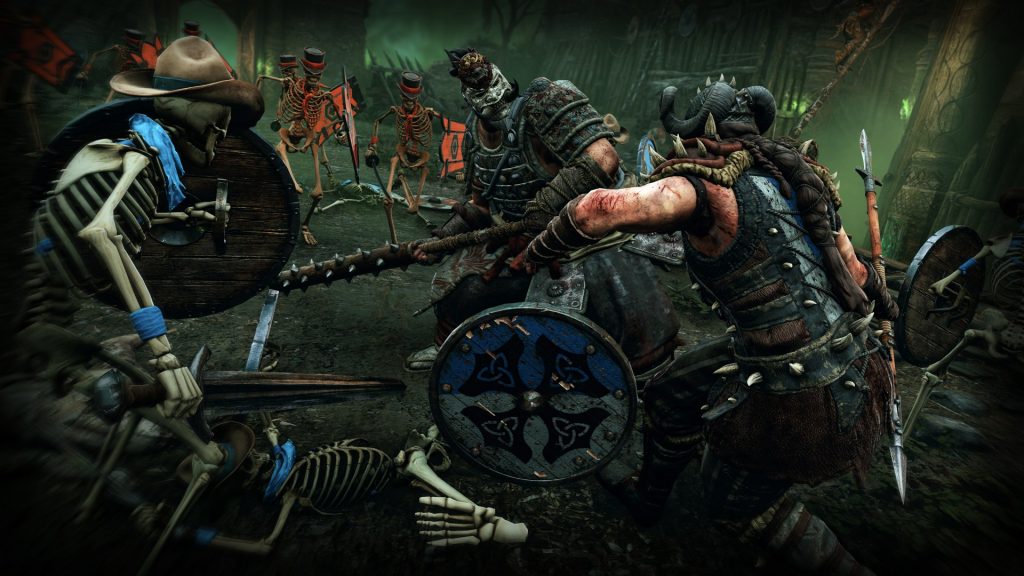 Skeletons have once again taken over the battlefield in Endless March, a haunting variation of the 4v4 Dominion mode. In Endless March, soldiers appear as skeletons and deal brutal damage. Conquering zones will only yield temporary points, while killing soldiers and enemy players will bestow players with permanent points. As with Dominion, players must reach 1,000 points and defeat all four enemy players to win the game. 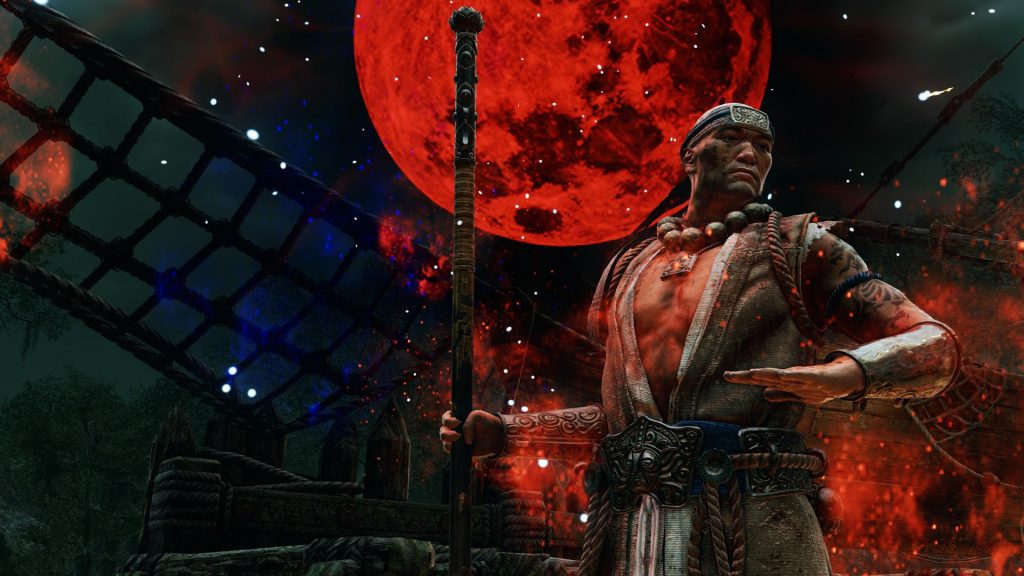 With the introduction of the quick-play PvE Arcade mode in the Marching Fire™ expansion, Return of the Otherworld will bring the brand-new and very first Arcade Weekly Quest, specifically handcrafted for this special Halloween event. Players will embark on the most fearsome of quests to fight skeletons and deadly Shamans for exclusive cosmetic rewards. 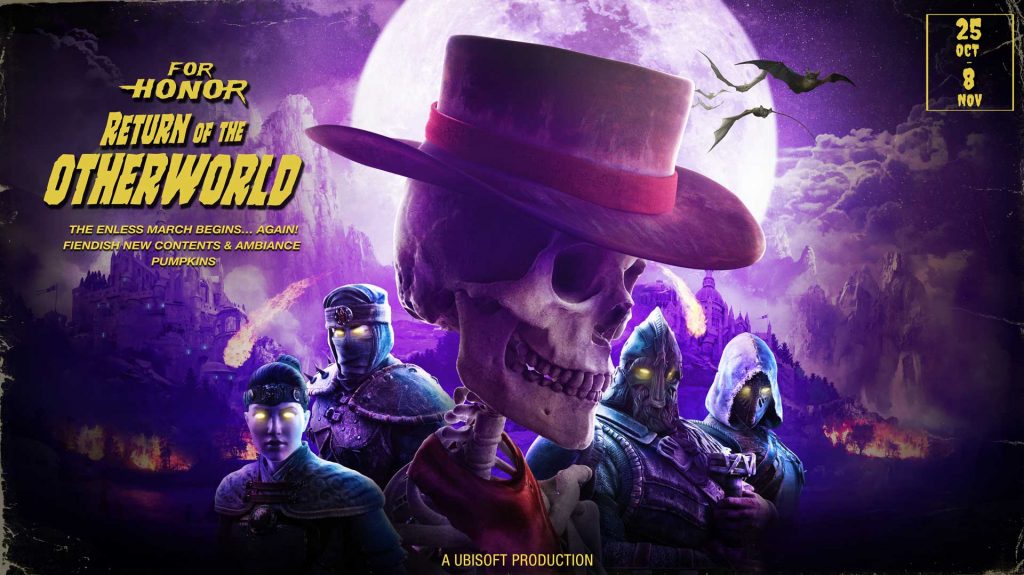 Which faction will survive the Endless March? Throughout the duration of the event, there will be a rotation of four different faction-based community orders. With each challenge, players within the faction that reach the combined objective first will receive 1,000 Steel + 2 crates, while second place receives 500 Steel + 1 crate and third place receives 500 Steel. Players can check back in-game to stay current on the newest community orders. 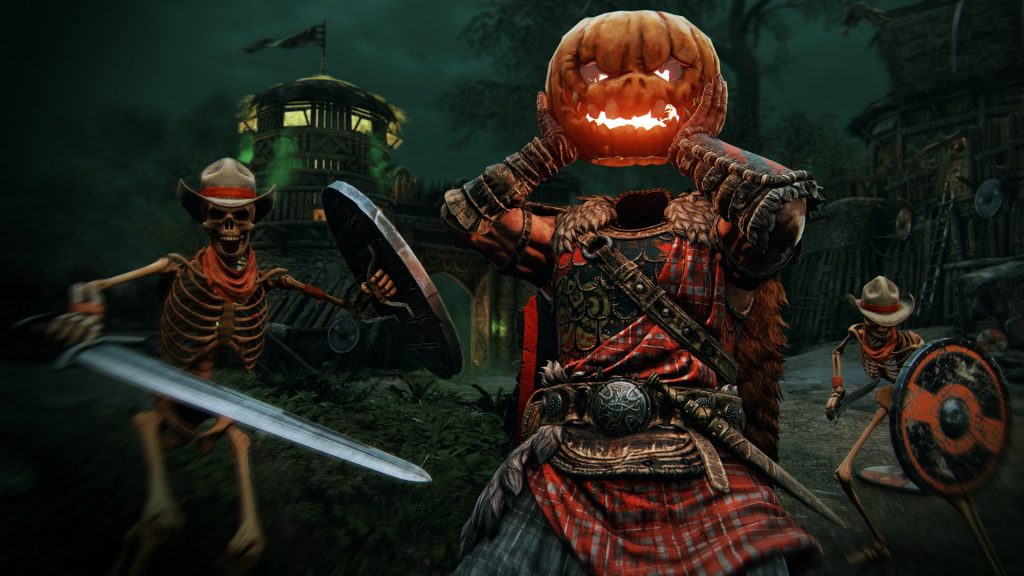 Return of the Otherworld also brings players new Halloween-themed rewards. Players can customize each of their favorite Heroes, including the new Wu Lin Heroes, with all-new Mask Outfits, transforming players into ghoulish versions of themselves. The Mask Outfits will be available at a discounted price of 15,000 Steel per Hero during the first week of the event. In addition, lootable Halloween-themed cosmetic items, weapons and a new Moonlight Sonata effect will be available exclusively during the event. These items will also be lootable in Arcade mode.

The Return of the Otherworld Halloween event joins the recently released Marching Fire expansion, which built upon more than a year and a half of continuous post-launch support and improvements since February 2017. The Marching Fire expansion relaunches the title for current and new players alike with the biggest update so far, including the introduction of the Wu Lin faction, Breach mode, the new quick-play PvE mode, Arcade, improved in-game textures, a revamped lighting system and several quality-of-life improvements. For Honor will continue to receive new content and in-game events in 2019 with Year of the Harbinger.

Developed by Ubisoft Montreal in collaboration with other Ubisoft studios,* For Honor offers an engaging campaign and thrilling multiplayer modes. Players embody warriors of the three Great Factions – the bold Knights, the brutal Vikings and the deadly Samurai – fighting to the death on intense and believable melee battlefields. The Art of Battle, the game’s innovative combat system that puts players in total control of their warriors, allows them to utilize the unique skills and combat style of each hero to vanquish all enemies who stand in their way.