Dark Souls Trilogy comes to the PS4 and Xbox One this 18th October!

Home » Dark Souls Trilogy comes to the PS4 and Xbox One this 18th October!

The DARK SOULS series has been a benchmark of excellence since it’s initial release in 2011. The series has ignited the imagination of video game fans and game developers the world over by taking the unique game-play elements of the series including asynchronous multiplayer, a twisting and interconnected world map, and a challenging difficulty, to create its own sub-genre of video games. Now players can own the entire series along with all associated DLC in one convenient package. 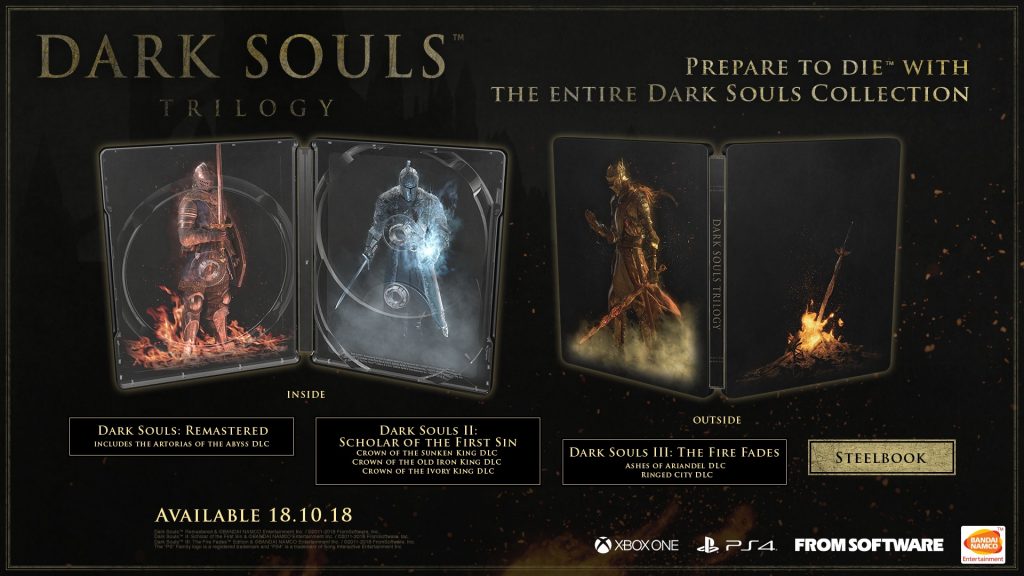 DARK SOULS Trilogy will be available for the PlayStation 4 system and Xbox One on 18th October 2018 for Southeast Asia (Singapore, Malaysia, Thailand, Philippines and Indonesia).