Last year, we saw many new designs from Cooler Master at COMPUTEX, which were gradually released into the market. After a year of feedback from end-users, Cooler Master has refreshed their lineup of computer cases to meet the different requirements of system builders!

The upgrades take form in a few areas. This year, we saw more cases with addressable RGB fans for better customization options. Additionally, since there were complains from users stating that airflow was limited with an acrylic front panel, Cooler Master has also included new cases with meshed front panel for more efficient air intake as well. The overall design can be seen to be suited for gamers, with cool angled edges and colourful lighting. Overall, the best has just gotten better, and quirks from previous generations have been fixed.

We can also see that Cooler Master is really building an identity and brand for their cases. There are certain characteristics that sets the Cooler Master cases aside from any other cases from other brands.

Moving on, more specifically for the Singapore market, these are the cases that will be available :

Find out more on the details of the cases from the Press Release below :

Taipei, TAIWAN – Cooler Master unveils a variety of cases this year that range across style, function, and technology. New case products not only expand on Cooler Master’s aesthetic design, but also show how case technology has evolved over time. The COSMOS, H-Series, K-Series, and others have been expanded with additional cases, while the MasterCase SL600M marks the start of a brand new lineup. The concepts revealed at COMPUTEX exhibit daring new design elements while still staying true to Cooler Master’s creative DNA. 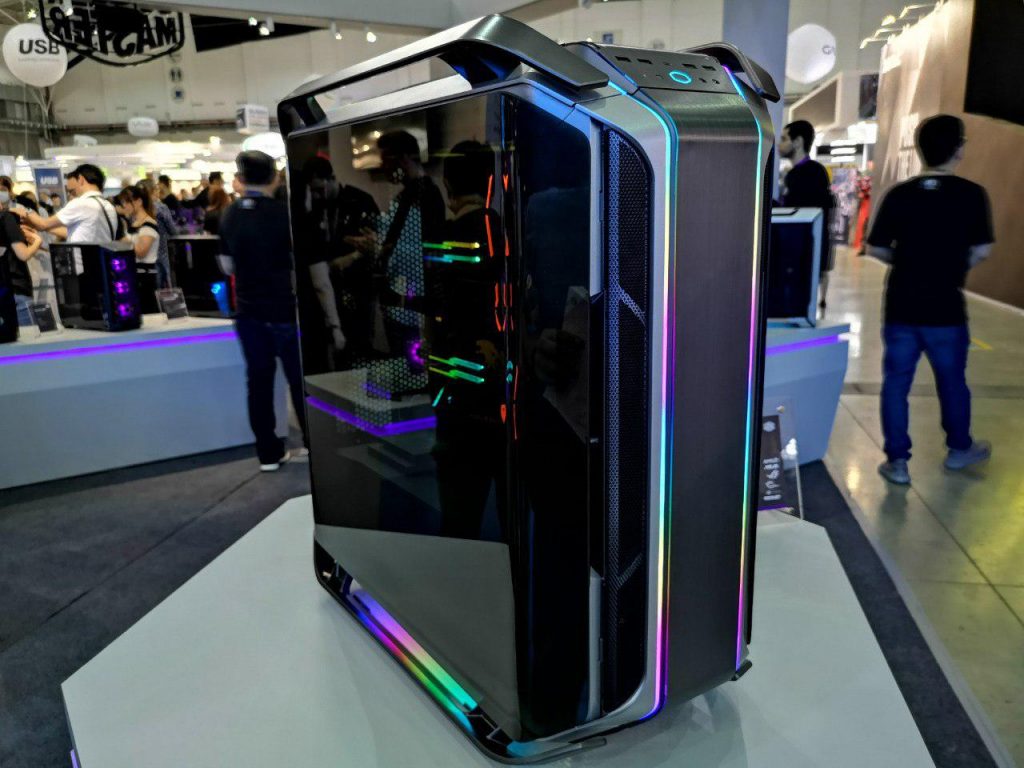 The COSMOS C700M is Cooler Master’s flagship in the Maker segment. The new design fuses bold shapes to a soft, continuous surface. The COSMOS C700M’s impactful use of addressable RGB lighting extend upon the series’ DNA. New tech will be woven into the frame and functionality of the COSMOS C700M, to be disclosed at a later time. Although specifications and details cannot be confirmed yet, sheer versatility in configuration can be expected. 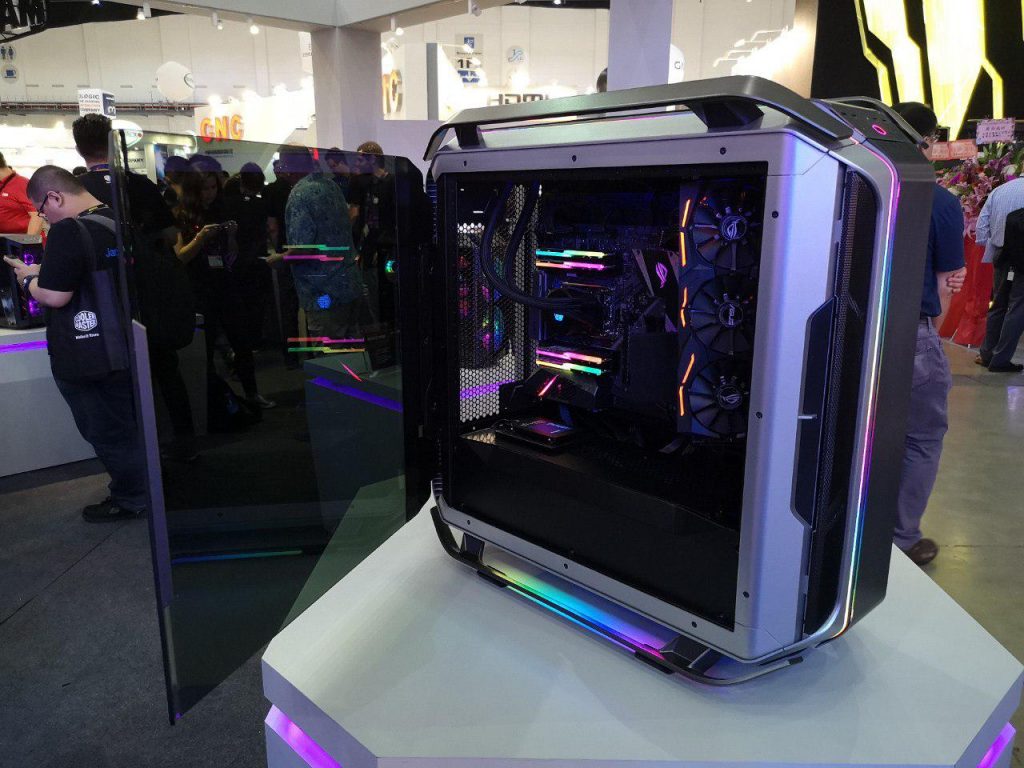 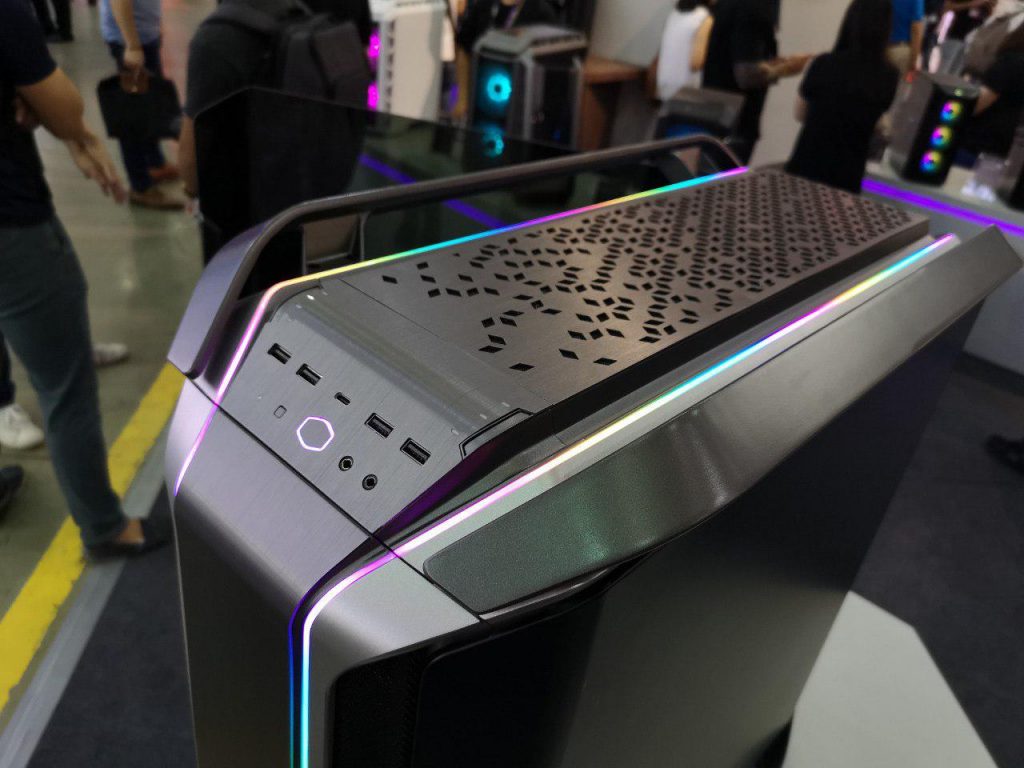 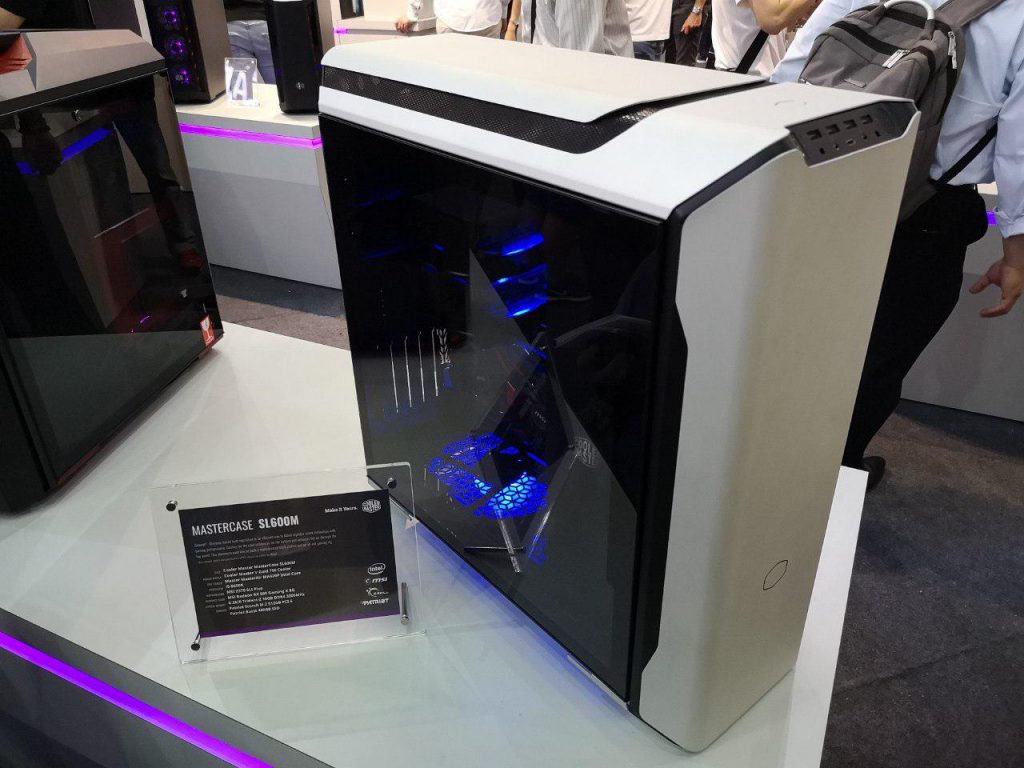 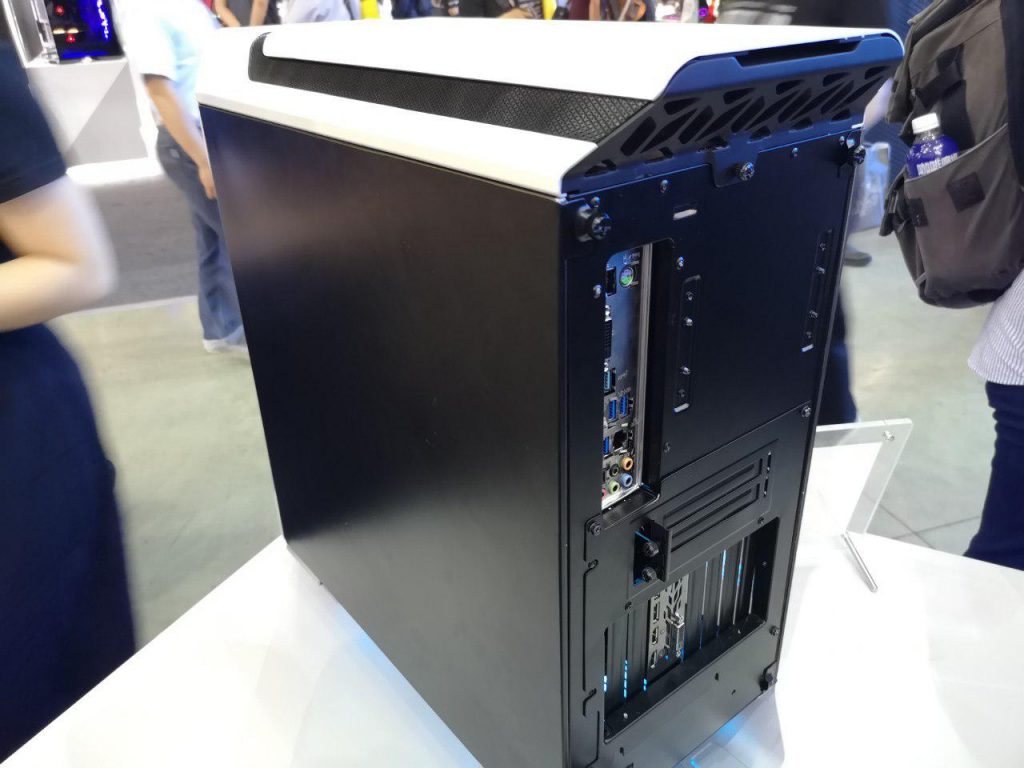 The MasterCase SL600M kicks off the “SL” series in the highest segment. Chimney-based heat regulation is an efficient way to blend together silent technology with gaming performance. Cooling for the vertical layout intakes air on the bottom and exhausts air through the top panel. The use of aluminum was a design choice that enables the MasterCase SL600M to be a sophisticated work station with the capability of being built for high performance gaming. 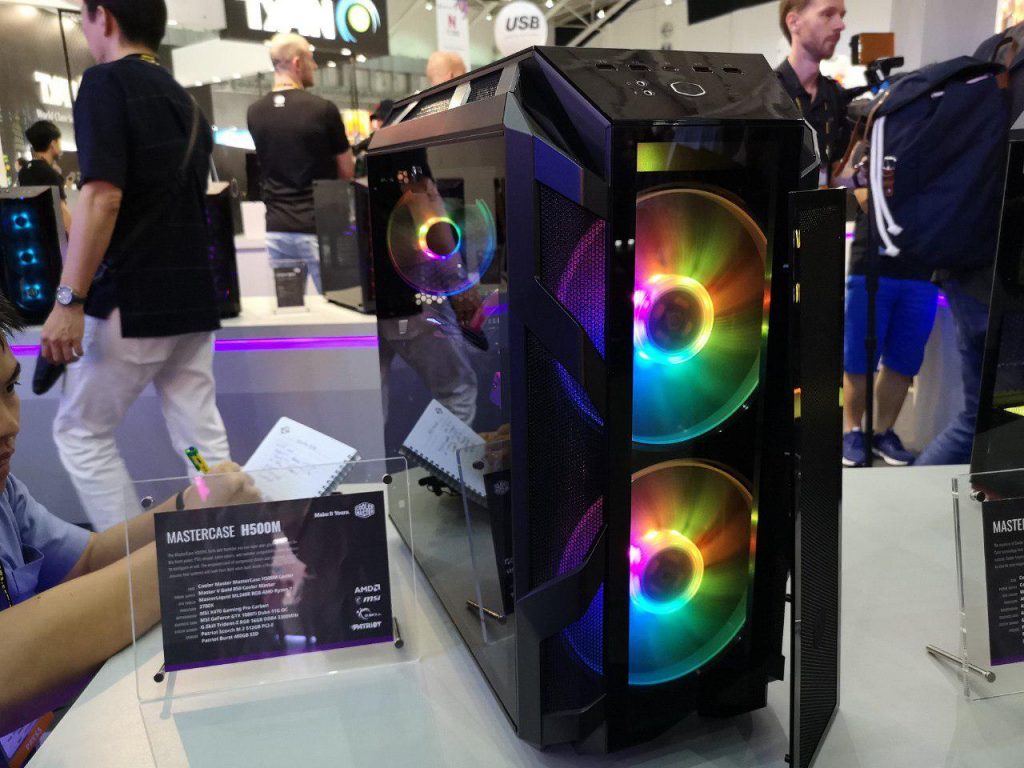 The MasterCase H500M sits at the highest end of the H-Series, offering the highest amount of features within the series. Options for the front panel, PSU shroud, cable covers, and radiator compatibility allow builders to configure at will. The empowerment of component choice and abundant support ensures that systems will look their best when built inside a MasterCase H500M. 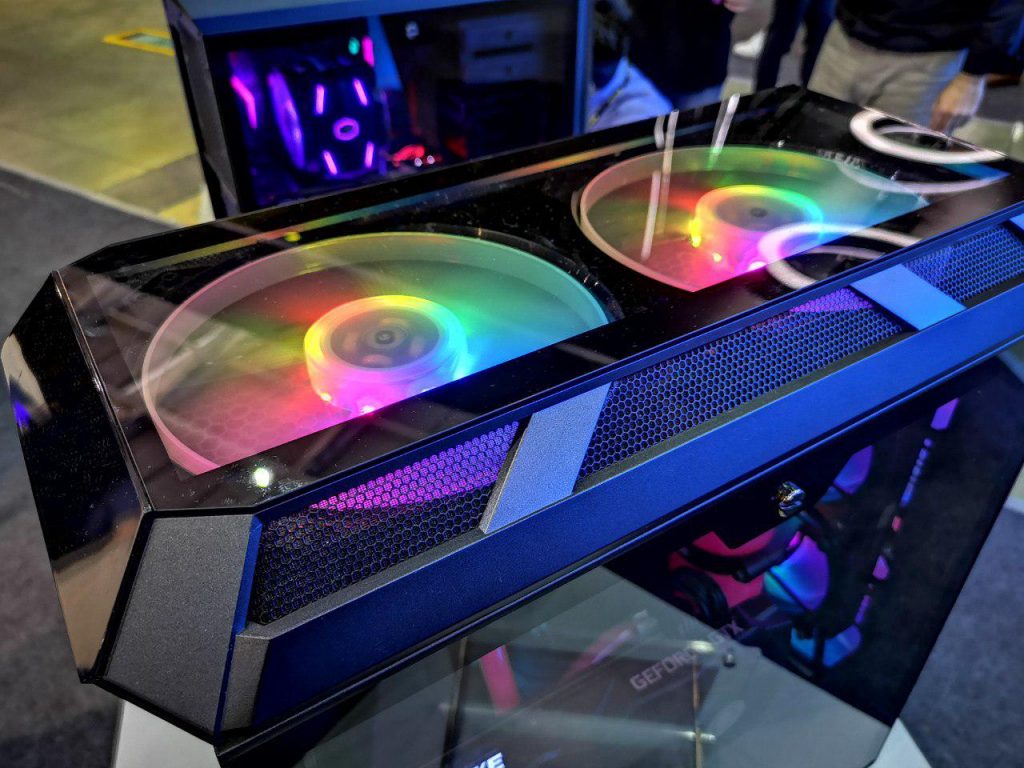 The MasterCase H500 is the straightforward choice in the series with two iconic, 200mm fans. Although this is the lowest-priced case within the lineup, both the transparent front panel and mesh panel are included to offer a choice between aesthetics and maximum airflow. Each of the front panel options compliment the industrial design of the MasterCase H500 in their own method. To enable the case to be moved more easily, a subtle handle has been placed on the top panel.

With the MasterBox MB511, airflow is the priority with a mesh front panel accompanied by the signature intakes seen within the series. The MasterBox MB520 prioritizes lighting as a build focus with a transparent front panel that offers full view of illuminated fans. The racing spirit is found throughout the series with a variety of aesthetics and functions based on preferences per model. 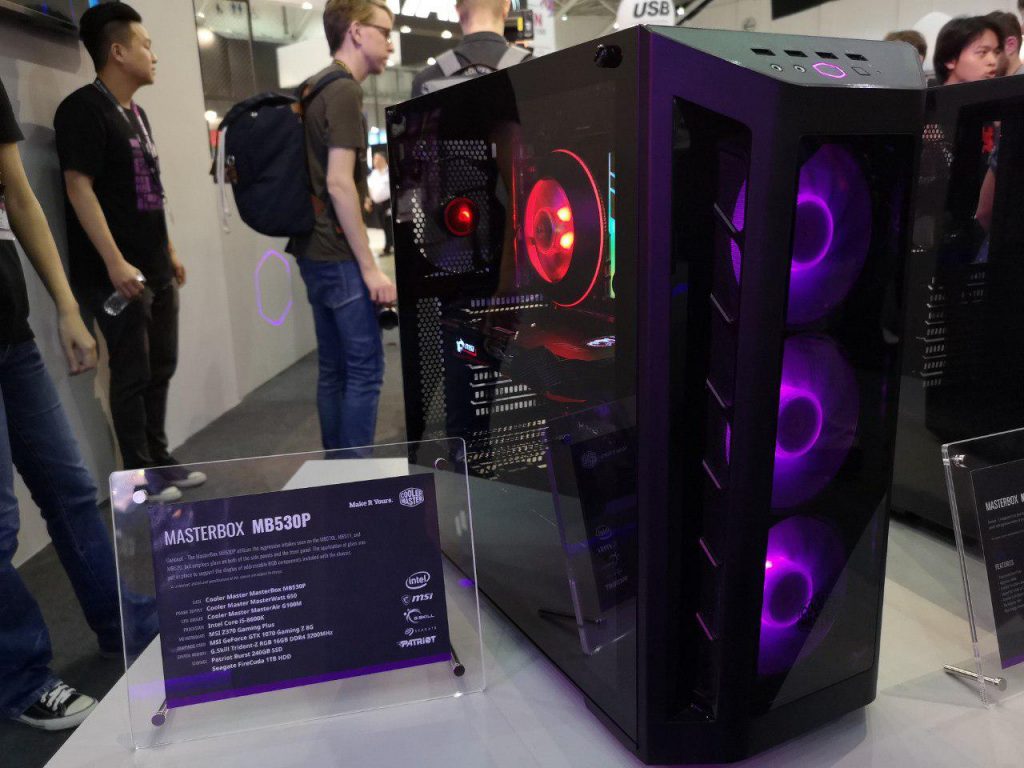 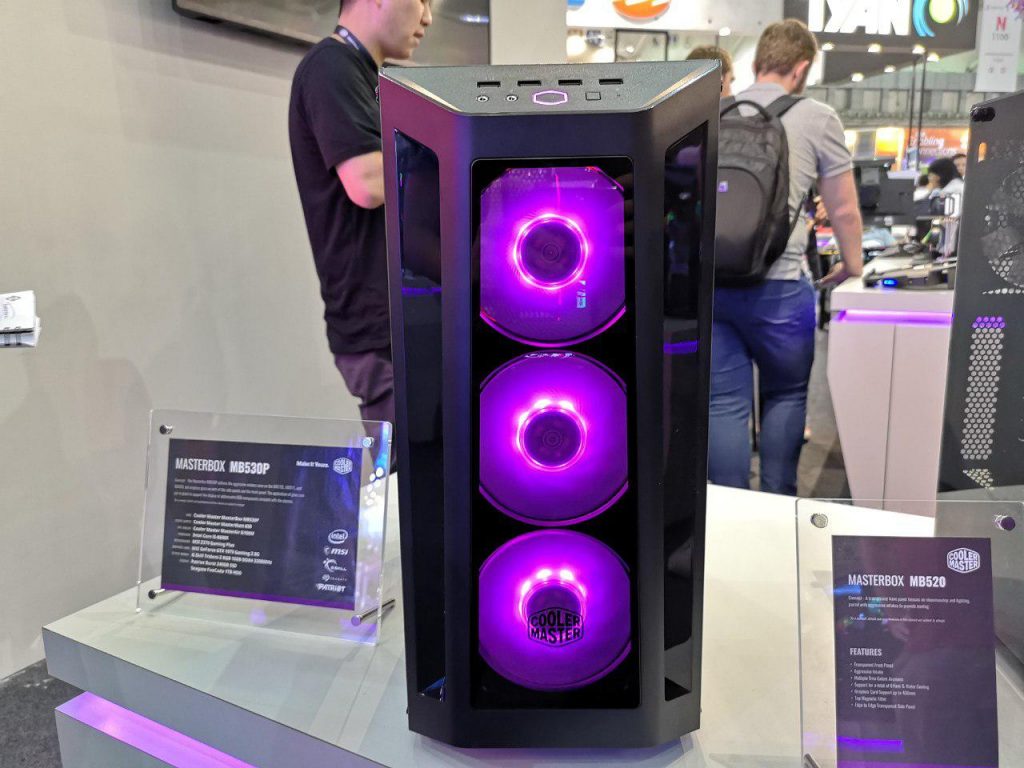 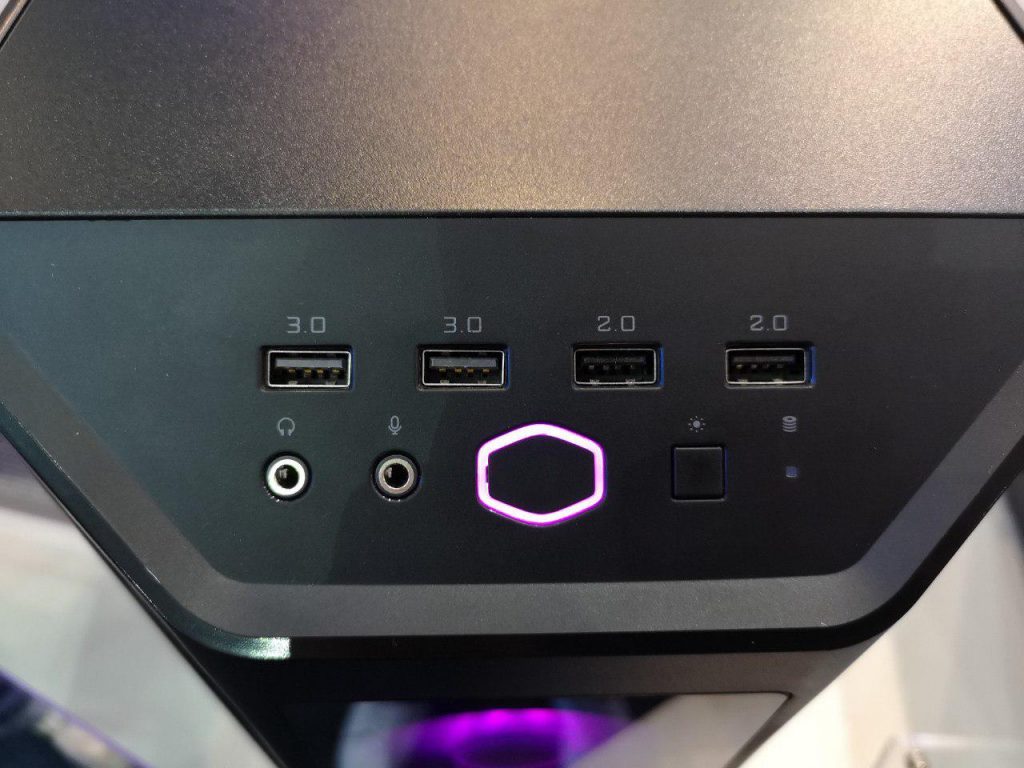 The MasterBox MB530P utilizes the aggressive intakes seen on the MB510L, MB511, and MB520, but employs glass on both of the side panels and the front panel. The application of glass was put in place to support the display of addressable RGB components included with the chassis. The racing spirit remains with the MasterBox MB530P, but offers a few extras. The front panel and side panel offer a clear view of the front fans and system configuration, while the side panel behind the motherboard is patterned tempered glass to hide the open side of the PSU. 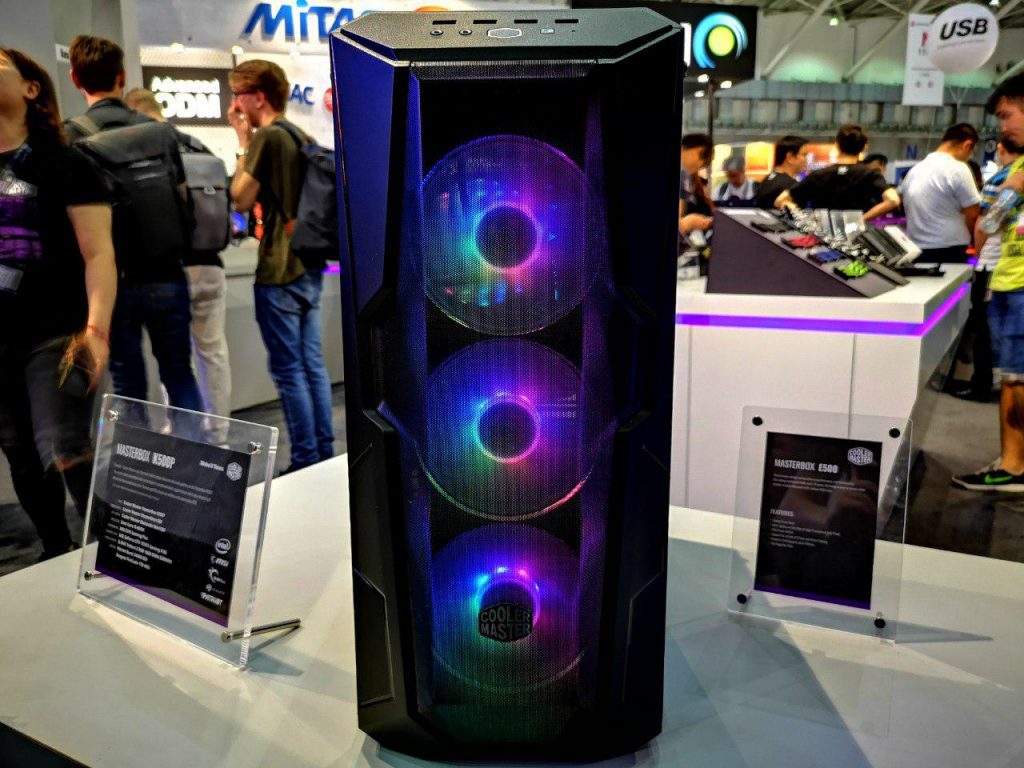 Cooler Master’s new fine mesh feature unique characteristics and qualities on the MasterBox K500P. The mesh is three dimensional and can be shaped to compliment bold, rugged designs but it also refracts light differently than conventional mesh. The fans and PSU shroud are outfitted with addressable RGB. 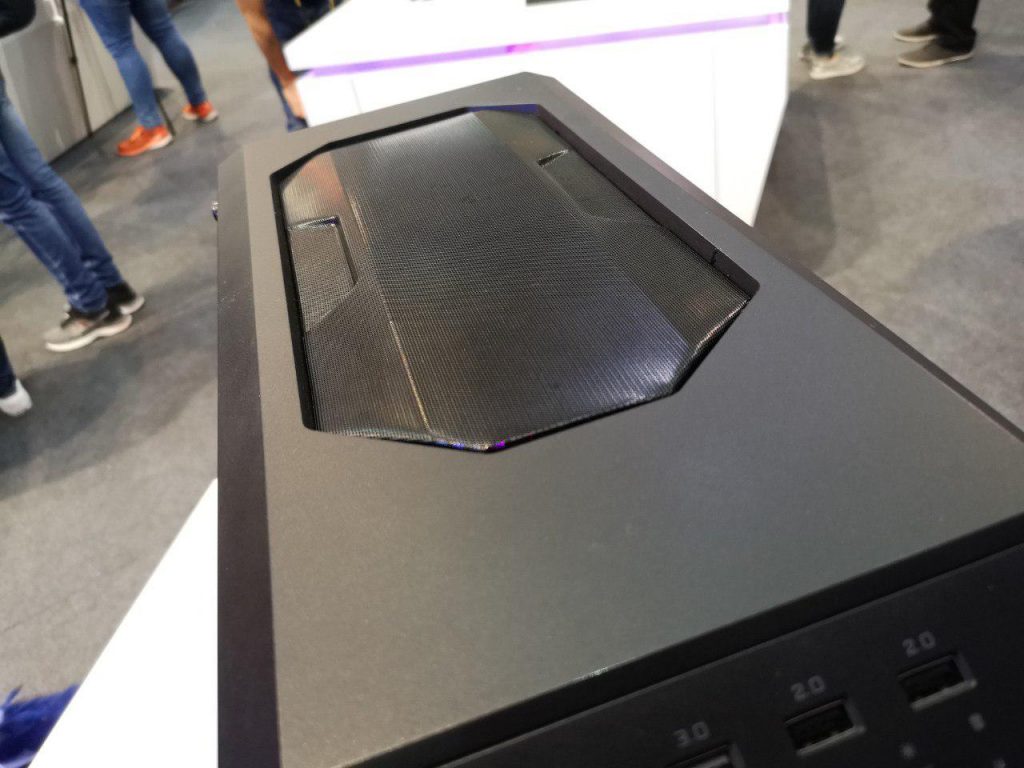 The Cooler Master booth will of course have mod projects on display. One such mod will be a collaboration project with modder, Nhenhopiohach, featuring a special modular design that was originally entered into the PlayerUnknown’s Battlegrounds™ BATTLEMODS Asia Tour 2017 with Project Crosshairs. This design, which could end up as a future in store product, allows users to swap their system between multiple Cooler Master cases in seconds without having to dissemble the build.

About Cooler Master: Cooler Master is a Taipei-based, global computer components company with more than a 20-year track record in releasing innovative products that truly advance the industry. We are driven by a passion for the things that make building a PC such a unique, rewarding experience, and sustained by a vision that we can reinvent the way these machines are designed, made and used. From our landmark release of the first ever aluminum PC case to our groundbreaking switch to the modular format, Cooler Master is committed to bringing our customers and fans the utmost in choice and control. For more information on Cooler Master, please visit www.coolermaster.com or follow us on Facebook www.facebook.com/coolermastersingapore