When we talk about Single Board Computers, what comes to your mind? For the less technical, most would probably not have a single clue. For the rest who deals with technology, perhaps Raspberry Pi or Arduino computers should ring a bell? Webopedia defines a Single Board Computer as “a complete computer that is built on a single circuit board and contains functional computer components including the microprocessor, input/output (I/O) and memory”. That is exactly what it is.

The ASUS Tinker Board S

Putting all the discussions aside, let’s not get distracted and get down to what we are here for. What is the ASUS Tinker Board S all about? Firstly, we would like to identify Single Board Computers as generic computing devices which can be programmed and customized to serve in specialized situations and usage scenarios. Most of these capabilities are enabled by the hardware that’s available on the Single Board Computer.
Today, we can see Single Board Computers that are so feature packed that they can almost perform as good as a personal computer. They have the ability to interact with many other devices to offer compelling solutions for the digitized world. In this article, we will take a look at the ASUS Tinker Board S, and compare it to the Raspberry Pi 3 Model B, in order to find out the differences between them. The comparison should also give you some thoughts on the selection of the right Single Board Computer for your project. So would the ASUS Tinker Board S or the Raspberry Pi 3 Model B be more suitable for you? Let’s find out!

Two years ago, ASUS introduced their first Single Board Computer for the market. This is the first generation Tinker Board. Initially, the Tinker Board was probably not as popular as compared to other Single Board Computers available on the market, due to the general lack of support and developer community. If you had a question regarding the development of the board, or you require specialized help in a certain feature, there is nowhere you can go to. However, as more developers came on board, and the knowledge base for the Tinker Board improved over time with the help of the community, especially on the dedicated Tinker Board forum, its popularity increased. The Tinker Board did manage to gain a sizable group of supporters who appreciated the high performance and connectivity. Let’s leave the talk on performance and features to a later part of the article.

Tinker Board S VS Raspberry Pi 3 Model B

Looking at the specifications between the Tinker Board and Tinker Board S, we realised that there are only minor improvements made. Both boards have the same microprocessor and memory. This means that we can expect almost identical performance out from the two boards. The largest difference was that the Tinker Board S now comes with the built in 16GB eMMC NAND chip. The eMMC should improve storage performance quite significantly, as MicroSD are somewhat limited to their read and write speeds.

Moreover, the Tinker Board S can now detect the plug-in and auto switching of audio I/O on the 3.5mm audio jack. This could be useful based on your usage scenario.

It is apparent that the Raspberry Pi 3 Model B will perform slower than the ASUS Tinker Board S. The processor on the RPi is clocked 600MHz slower. Not to mention, the Tinker Board S even has twice the amount of built in DDR3 RAM, while the RPi only uses an older and slower DDR2 RAM.

Connectivity is another important aspect for Single Board Computers. The Tinker Board S is equipped with Gigabit Ethernet, while the RPi 3 only has Fast Ethernet. This could affect the overall performance of the computers, when the network interface becomes the bottleneck of the system. For example, if the Single Board Computers are developed as File Servers, the RPi will be severely limited with its 100Mbps network speed. On the other hand, the Tinker Board S’s 1Gbps network speed will get the files through the network interface smoothly. Sadly, both computers only have USB 2.0 ports, rather than the faster USB 3.0 ports. If an external storage device is connected via the USB ports, they would again be limited by the 480Mbps bandwidth of the interface.

Both computers will work well in most scenarios that they are developed for. The Tinker Board’s ability to support 4K resolution right out of the box gives it an edge in driving high resolution displays in commercial/industrial applications. The RPi works as well, just that it lacks specific hardware acceleration for certain video codecs. The Tinker Board S includes H.264 and H.265 hardware accelerated playback support.

Oh yes. Since the Tinker Board S has adopted the same physical size of the Raspberry Pi 3, it is also compatible with all RPi 3 enclosures as well! 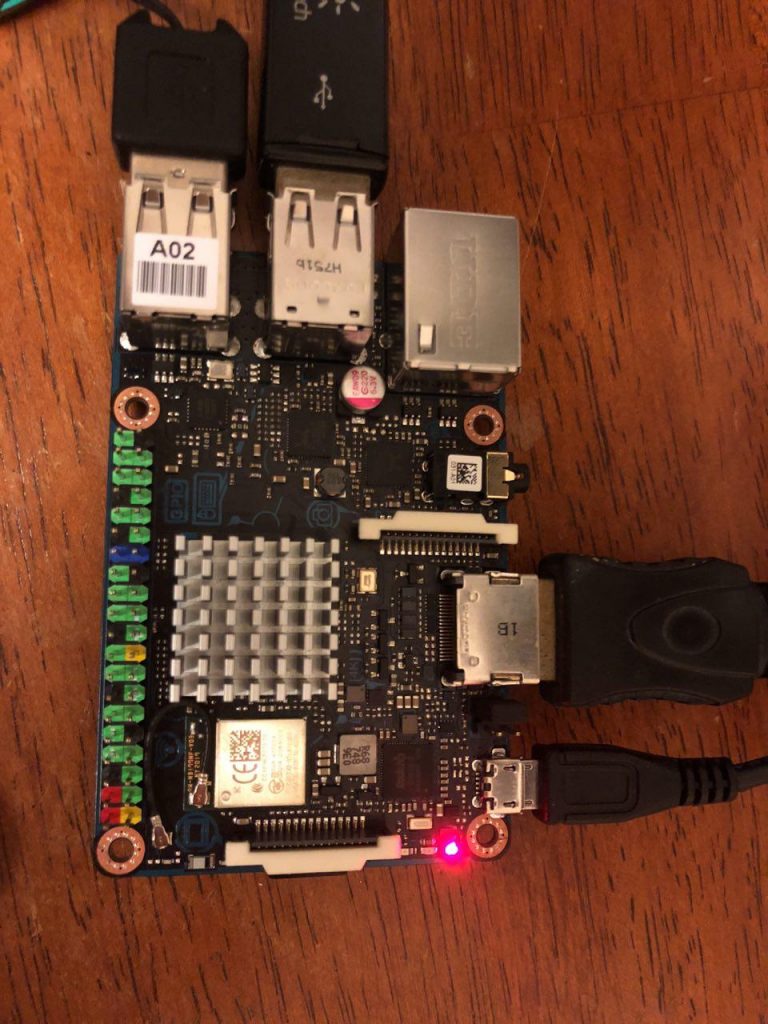 The following tests are done in these operating system:
Tinker Board S – TinkerOS
Raspberry Pi 3 Model B – Raspbian Stretch

Sysbench is a benchmark suite that allows linux users to quickly understand the performance of their system. They have 3 kinds of tests, i.e. CPU test, File I/O test and MySQL test. We will be focusing just solely on CPU test.

On the other hand, the RPi completes the same workload in 34.9834s, about 10s more than the Tinker Board S.

Taking the Frequency to Results ratio, if both microprocessors ran at the same frequency,

Therefore, in a perfect scenario where performance scale is directly related to frequency, the Raspberry Pi 3 Model B will be more efficient.

iPerf3 is a network benchmark tool that tests the throughput between two nodes. Since the Tinker Board S is equipped with Gigabit LAN, it will really be much faster as compared to the Fast Ethernet interface of the Raspberry Pi 3 Model B. We will also use iPerf3 to compare the wireless performance of both Single Board Computers as well.

The Gigabit LAN on the Tinker Board S performs as expected. Based on the iPerf3 test, it was able to sustain a throughput of 942Mbps.

Raspberry Pi 3 Model B’s wired connection speed works as expected as well. Since it only has a Fast Ethernet interface, it will perform up to 100Mbps. Comparing between the two Single Board Computers, the ASUS Tinker Board S will be about 10 times faster than the Raspberry Pi 3 Model B. The raw benchmark results also showed this.

However, we must also understand that most of the times, just raw connection speed could matter less, depending on the applications that will be running on the Single Board Computers. If we will be using either of these computers as a file server, the USB 2.0 interface that connects to an external drive will be the bottleneck. On the other hand, if we are using them as a media player, the processing capabilities of the GPU or CPU could be the limiting factor.

The iPerf3 test on the wireless speed would be more interesting, as both boards are equipped with similar wireless network interface. We tried our best to make sure that the tests are fair by placing both boards at the same location for the test.

As expected, the transfer rates of the wireless connection fluctuated throughout the 10s test. On average, it achieved a speed of 25.4Mbps for both upstream and downstream transfers.

Lastly, we ran the Octane 2.0 Javascript Benchmark on both Single Board Computers. The test covers various aspects of the system with the Javascript engine on the Chromium browser, and will be a good gauge for the overall performance of the computer board.

The Tinker Board S really shines when we tested the overall system performance. This is attributed to its CPU, which is clocked at a higher frequency as compared to the Raspberry Pi 3 Model B. Tinker Board S’s GPU system could have also attributed to some high scores in this test as well, as they could be directly hardware accelerated. Also, the difference in RAM speed and capacity could have also widened the gap between the scores of the two systems.

If you are a developer who just wants to develop something simple that requires little computational requirements, we would definitely recommend the Raspberry Pi 3, as it will be a more sensible choice. However, if you plan to do some local computation on the board, you will prefer the higher performing Tinker Board S instead. As such, the Tinker Board S is worthy of our Performance Award this month. 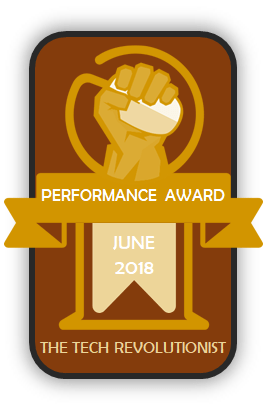 Interesting Use Case: The Tinker Board is also used for distributed and networked processing.

GIGABYTE's new B450 Aorus motherboard, and RGB RAM at half the price!