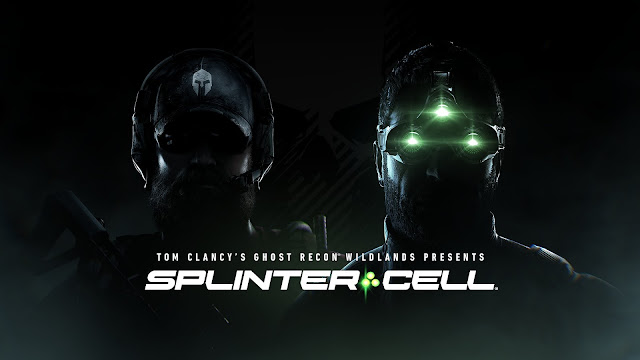 Tom Clancy’s Ghost Recon® Wildlands Celebrates Year 2 with a Free Weekend on all Platforms Starting April 12
Hong Kong — April 10, 2018 — Today, Ubisoft announced that Tom Clancy’s Ghost Recon® Wildlands will introduce a free special Tom Clancy’s Splinter Cell®–themed mission featuring the legendary Sam Fisher voiced my Michael Ironside as part of Special Operation I, the first major update of the second year of post-launch content for the game. Players will be able to team up with Sam in this special crossover event for free starting tomorrow, April 10, on next-gen consoles and Windows PC. Additionally, players will have full access to Tom Clancy’s Ghost Recon® Wildlands during the upcoming free weekend taking place from April 12 until April 15, 2018. The free weekend will be available on all platforms and will give newcomers the opportunity to try out everything including Ghost War PvP mode, Predator mission and Special Operation I.

Tom Clancy’s Ghost Recon Wildlands – Special Operation 1: Splinter Cell
From April 10, a wealth of exclusive Tom Clancy’s Splinter Cell® content will be introduced to the Tom Clancy’s Ghost Recon® Wildlands main game and Ghost War PvP mode, including a new PvE mission, exclusive customization items and a new Ghost War PvP class. Players* will be able to play alongside Sam Fisher, the iconic character from the critically acclaimed Tom Clancy’s Splinter Cell® espionage series, and help him complete his new high-risk infiltration mission in fictionalized future Bolivia. This new special challenge is playable solo or with up to four players in co-op and is one of the most difficult missions the Ghosts have ever faced. The nighttime stealth mission will require players to use all the tools at their disposal to succeed. 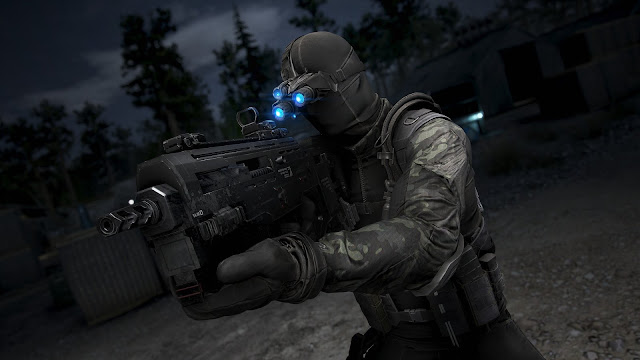 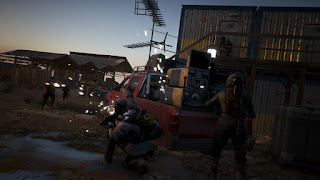 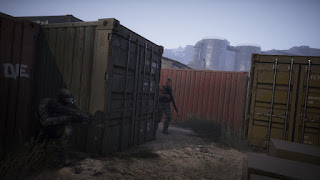 “We are all super excited to bring such an iconic character as Sam Fisher into Tom Clancy’s Ghost Recon Wildlands, said Nouredine Abboud, senior producer, Ubisoft. “Teaming up with Sam Fisher will require the Ghosts’ stealth, cleverness and tactics…we can’t wait to see the reactions of our players as they face this new challenge!”
Upon completing the mission, players will be rewarded with exclusive items such as Sam’s iconic sonar goggles with a new night-vision filter and more. Even though the mission will forever be available in-game, these rewards will only be available until the Special Challenge ends on May 16. In addition to the rewards for completing the challenge, players can further customize and arm their Ghosts with the Splinter Cell Gear Pack, which includes new customization items and weapons such as the Karambit Knife; an exclusive close-combat blade inspired by Splinter Cell® Blacklist®, or the fully customizable SC 4000 prototype Splinter Cell assault rifle.

Tom Clancy’s Ghost Recon Wildlands – Year 2 Announcement
Special Operation 1 will also bring the Echelon, a new assault class available in all PvP modes that will expand the Ghost War roster to 18 unique classes. The Echelon is a part of Sam Fisher’s Fourth Echelon team, and therefore has access to high-tech equipment as well as the Sonar Pulse ability that allows him to see enemies behind walls at short range and gain tactical advantage over the opposing team. Ghost War players will be able to get early-access to the new class by using their Prestige points or with the Year 2 Pass. 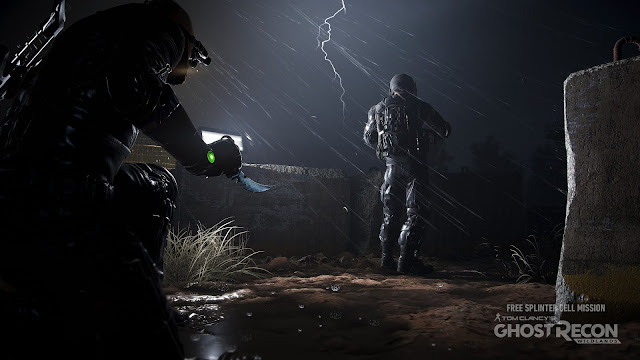 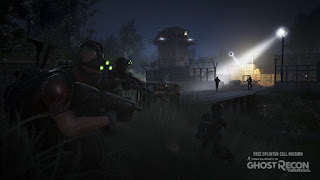 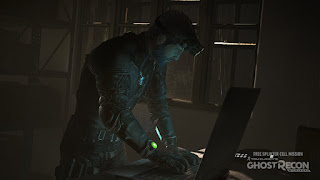 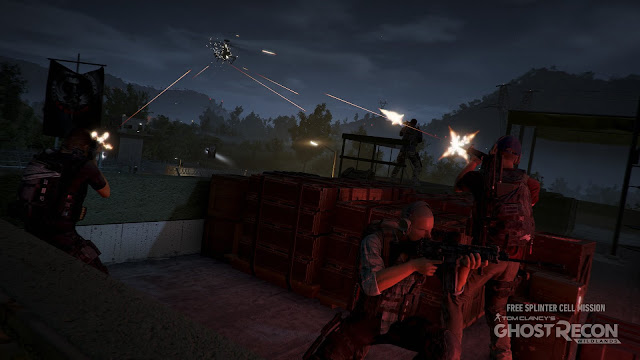 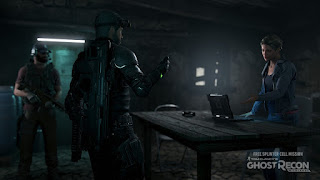 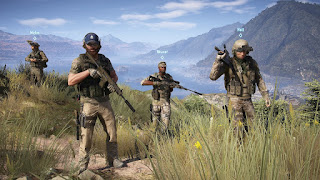 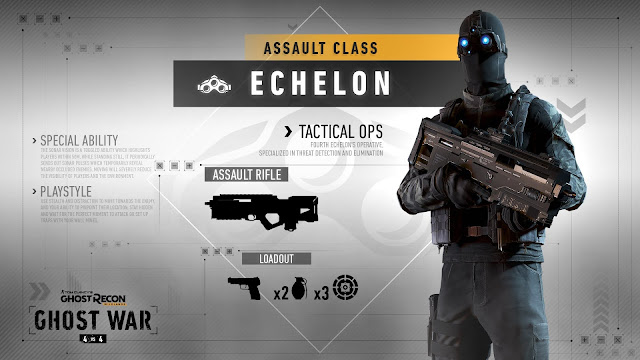 For more information about Special Operation I or free weekend, please visit: ghostrecon.com/freeweekend
Developed by Ubisoft Paris,* Tom Clancy’s Ghost Recon Wildlands is a military shooter entirely playable in up to four-player co-op or single-player from beginning to end. Players have total freedom to accomplish their missions how they want and watch as the world reacts to their actions. Players can choose to move quietly in the night, go in hot at dawn or work together to execute a sync shot that takes out enemies in one fell swoop. Each choice has a consequence, and players must improvise or adapt their plans to ensure the completion and success of each mission. Tom Clancy’s Ghost Recon Wildlands Ghost War allows players to live the ultimate co-op experience in 4v4 modes. Featuring a growing roster of classes, maps and PvP modes, Ghost War focuses on teamwork, strategy and tense tactical engagements.
For more information about Tom Clancy’s Ghost Recon Wildlands, please visit ghostrecon.com, follow us on twitter.com/ghostrecon or facebook.com/ghostrecon and join the conversation by using #GhostRecon.
Please follow us on Facebook at facebook.com/UbisoftSEA and on YouTube at youtube.com/UbisoftSEA for more Ubisoft excitements and updates.
*Xbox Live Gold and PlayStation Plus subscriptions required to play during the free weekend
**In collaboration with Ubisoft Annecy, Bucharest, Montpellier, Milan, Belgrade and Reflections studios.
About Tom Clancy’s Ghost Recon Wildlands
Launched in 2001 with critical acclaim from fans of the Tom Clancy’s world, the Ghost Recon franchise has since convinced 25 million players thanks to breakthrough releases and has become the best-selling Tom Clancy’s brand on the last generation of consoles and PC. Tom Clancy’s Ghost Recon Wildlands brings the franchise to the next level with an episode designed from the ground up for a new generation, featuring a massive and visually stunning open world, playable for the first time online in four-player co-op.
Tom Clancy’s Ghost Recon Wildlands is a work of fiction. Like similar Tom Clancy’s games from Ubisoft, the game takes place in a modern universe inspired by reality, but the characters, locations and stories are created solely for entertainment purposes. One of the reasons Bolivia was chosen as the background of this game was due to its magnificent landscapes and rich culture. While the game’s premise imagines a different reality than the one that exists in Bolivia today, we do hope that the in-game world comes close to representing the country’s beautiful topography, and that players enjoy exploring the diverse and open landscapes it moved us to create. Any resemblance to actual events or any real persons, living or dead, is purely coincidental.
About Ubisoft
Ubisoft is a leading creator, publisher and distributor of interactive entertainment and services, with a rich portfolio of world-renowned brands, including Assassin’s Creed, Just Dance, Tom Clancy’s video game series, Rayman, Far Cry and Watch Dogs. The teams throughout Ubisoft’s worldwide network of studios and business offices are committed to delivering original and memorable gaming experiences across all popular platforms, including consoles, mobile phones, tablets and PCs. For the 2016–17 fiscal year Ubisoft generated sales of €1,460 million. To learn more, please visit www.ubisoft.com.
© 2002–2017 Ubisoft Entertainment. All Rights Reserved. Tom Clancy’s, Ghost Recon, Splinter Cell, Blacklist, Sam Fisher, the Soldier Icon, Ubisoft, and the Ubisoft logo are registered or unregistered trademarks of Ubisoft Entertainment in the US and/or other countries.
For the LATEST tech updates,
FOLLOW us on our Twitter
LIKE us on our FaceBook
SUBSCRIBE to us on our YouTube Channel!