Huawei P20 Pro Review | Definitely Worth It For The Camera

Home » Huawei P20 Pro Review | Definitely Worth It For The Camera 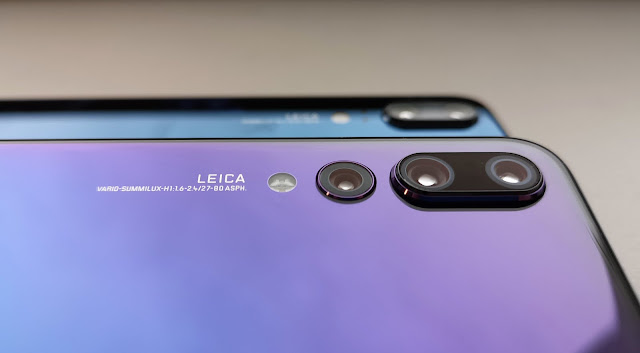 Huawei just released the world’s first triple-camera smartphone onto the global market – the P20 Pro. Like its older brother, Mate 10 Pro, its camera system is powered by AI through the use of a Neural-Network Processing Unit (NPU) in the Kirin 970 chipset. So, what makes it special in the world of ever-increasing number of lenses on a smartphone? After using it for nearly a month and having it as the daily driver in several overseas trips, let us go through our experience of Huawei’s latest flagship.

Like bread and butter, hardware and software have to work hand in hand to become something great. On the hardware front, the P20 Pro is said to have improved low light performance through an increased sensor size of 1/1.7″ by combining four individual pixels together to allow for better capture of light.

The P20 Pro not only has its hardware improved, but it also has an improved software to support it. The camera app now comes with an underrated function called Night Mode, which Huawei proudly claims to be the replacement of long exposure shots on a smartphone. Traditionally, the issue with it is that shots tend of produce a blurry mess without proper equipment as your hands are not perfectly steady.

But with the recently introduced function, clear photos in low light scenarios can be taken just by holding the phone steady for a few seconds. It works by stitching multiple photos, taken with various exposure levels, together through software. What is produced is a photo with reduced noise, and details in dark sections of the scene.

What if your hands shake during the process? That is where Huawei’s AI come into play. The software is able to identify which of the photos taken is the sharpest to be used for the initial reference frame. It is also even able to ignore the slight variations in the photos due to movement and combine the photos accurately enough in most scenarios.

Here are some more shots taken:

With all things said, we are utterly impressed with this phone’s ability to take unique photos in low light using its Night Mode.

The P20 Pro’s zooming capability are not to be scoffed at. The smartphone features a brand-new VARIO-SUMMILUX lens that is created through the continued partnership with LEICA. It features up to 3X Optical zoom, and up to 5X Hybrid zoom through the combination of both optical and digital zoom.

When taking it into the field, what we discovered was that the 3X zoom produced sharp photos. This is to be expected as the lens used is supposedly a true zoom lens.

Even at 5X hybrid zoom, photos are generally clear and are given some Leica touch. In places where details are lost, the blanks and noise are blended with neighboring pixels. This gives the photo an overall smooth look. Here is one more example with some cute ducks:

Like several competitors out there, Huawei also is capable of taking slow motion video of 960 fps at the Full HD resolution (720p). But unlike the former, Huawei’s implementation is different as the user has to manually time the capture perfectly to catch the moment. This is due to the lack of an automatic approach with an “area of interest” that Samsung has. Nevertheless, here’s a sweet looking example taken:

What about normal video performance? What you would expect for a flagship smartphone, pretty great. Taking videos of 1080p and below at 30fps also allows for the usage of Huawei’s video stabilization. This is a combination of Optical Image Stabilization (OIS), Electronic Image Stabilization (EIS) and AI Stabilization (AIS). With fancy words aside, the videos produced are largely stable and works wonders when used with a gimbal. Steps are noticeable but the video manages to stay sharp.

However, this stabilization feature is not available when taking 60fps or 4K videos, which is somewhat of a disappointment.

When it comes to the average joe, many would typically rely on the phone’s auto mode and seldom delve into the manual/pro mode. The P20 Pro supplements this behavior really well with its Master AI. There are now up to 19 different modes available that the phone will automatically switch around based on the identified scene, reducing the amount of effort needed on making photos look good.

It is also able to assist in the composition of photos before it is taken. If it recognizes that a group photo is needed, it will display a box on the screen, prompting the user to position everyone within it. Is the camera tilted on an angle unintentionally? The smartphone will recommend balancing the angle correctly. However, there are times where the wrong mode is hilariously chosen. 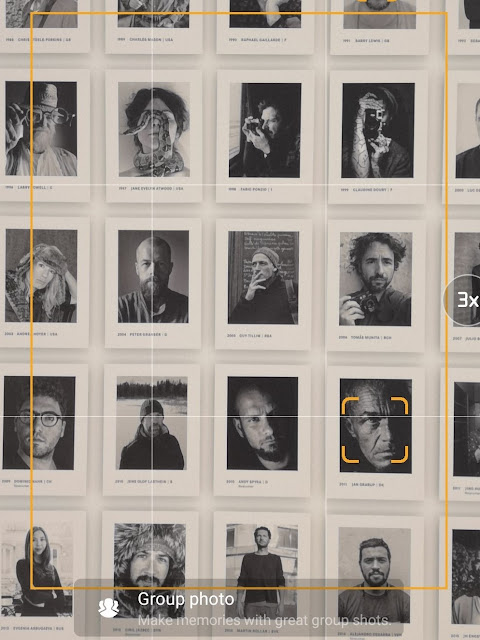 The P20 Pro also comes with Huawei’s own 4-in-1 Hybrid Focus System, allowing for 4D predictive focus that automatically focuses on moving subjects. This, in combination with the Master AI, results near zero effort when taking good photos. 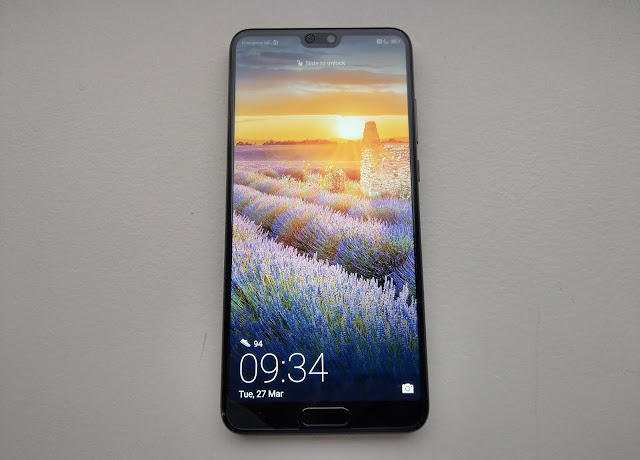 Unlike its younger brother, the P20 Pro comes with an 18:9 OLED display instead of a LCD one. In a world where higher saturation and deeper blacks reign, the P20 Pro definitely stands its own. Because of the OLED’s ability to produce stunningly deep blacks, black bars that appear when playing 16:9 videos are barely visible. The OLED also sips power from the 4000mAh battery, allowing the device to last the entire day on regular usage. If you do intend to take a ton of photos, do still bring a power bank as the battery does take a hit when using the cameras.

The speakers are pretty decent for a smartphone. The setup consists of the front earpiece, that acts as a speaker, as well as two downward-firing speakers. Switching the phone to landscape also activates the Stereo+ mode, which switches the speaker output to stereo mode. Although the difference is minor, the sound does seem to be directed more towards the user. 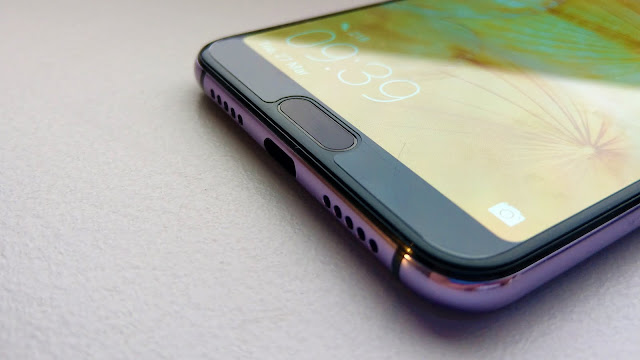 Not all is perfect in Huawei’s latest flagship. The notification LED is barely noticeable under most lightings. Furthermore, the lack of a 3.5mm headphone jack and expandable storage might be a deal-breaker for some.To supplement the lack of a 3.5mm jack, there now other ways to enjoy your personal music on the P20 Pro. Huawei introduced their version of Apple’s AirPod, the Huawei FreeBuds, for those often on the go. Additionally, they also introduced “audiophile-grade” options as well. The Active Noise Cancelling Earphones and Huawei DAC Headphone Amplifier both support hi-res audio, giving customers some choice in a world without a 3.5mm jack. 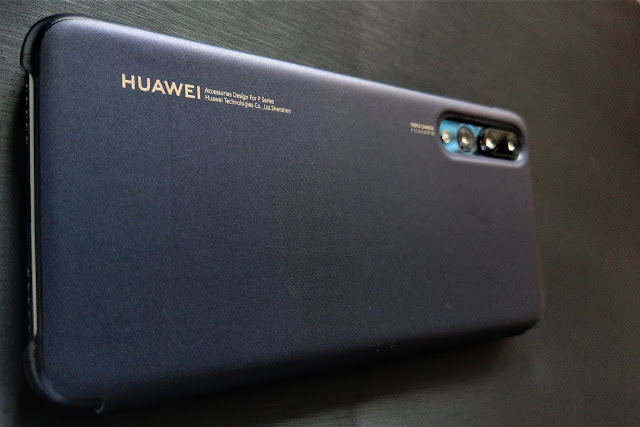 The camera bump is also slightly concerning, especially when this increases the likelihood that the cameras would be scratched. A case is highly recommended, and the one that both protects while bringing some functionality is Huawei’s Smart View Flip Cover. It allows for several types of interactions through its translucent window, such as alarms and phone calls. 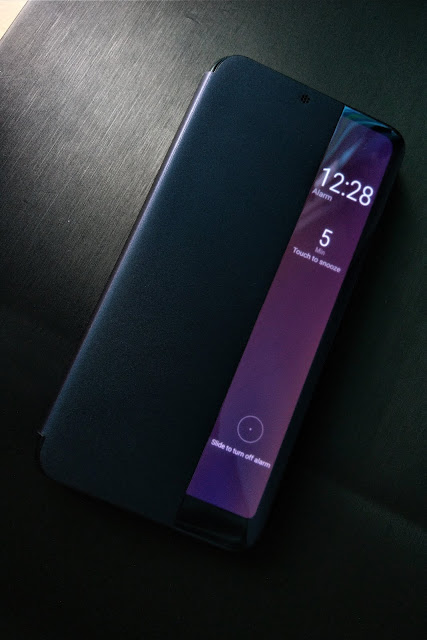 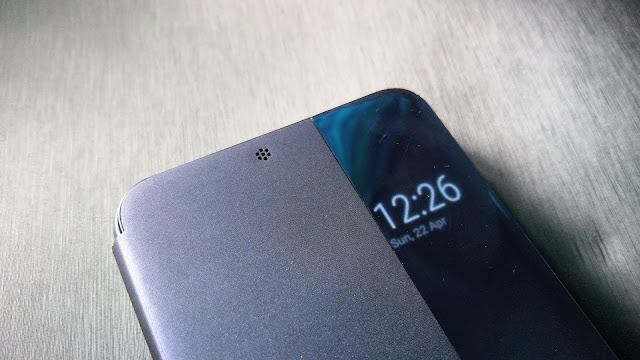 Moving onto software, it is not perfect either as with most new phones. The P20 Pro comes with a bunch of pre-installed apps, which some would call bloatware. Not to mention, Google Maps was unusable with crippling lag. Thankfully, this issue has been fixed as of version 8.1.0.107(C432).

Worth For The Camera?

With all things said, the cons gets drowned out by the outstanding camera performance. The P20 Pro is a proper flagship that meets the expectations of what a flagship should do with few exceptions, while mostly shining in the camera department. If you want to take great looking photos and do not intend to edit them on your PC, this phone is definitely for you.
For the LATEST tech updates,
FOLLOW us on our Twitter
LIKE us on our FaceBook
SUBSCRIBE to us on our YouTube Channel!