EARTH DEFENSE FORCE 5 Confirmed for This Summer! - The Tech Revolutionist 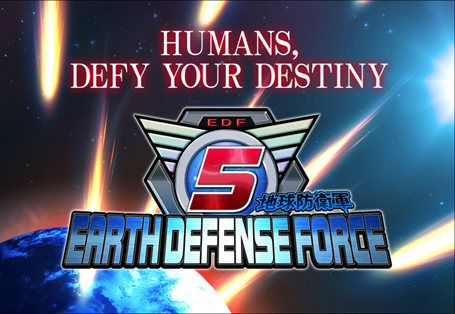 EARTH DEFENSE FORCE 5 is the latest title in the EARTH DEFENSE FORCE series, depicting a whole new worldview about humans rising up against unknown alien invaders from outer space. This is an action shooting game about the continuous battle for survival between unknown extraterrestrials invading earth and the Earth Defense Force.
You play as an EDF soldier, fighting in cruel battles against massive amount of giant monsters and killer machines. The game offers 4 unique soldier classes, nearly 1,000 types of weapons to choose from, and includes over 100 missions, breaking a series record.  The additional mission pack released earlier in Japan will become available as well.
All missions support multiplayer gameplay for up to 4 players. Additionally, the game features offline split-screen co-op. Control 4 types of soldier classes and fight along with EDF team members from around the globe. One of the most interesting features of the game is the voice communication between the EDF soldiers and the EDF headquarter. In order to capture the essence, the game will be fully voiced in English, Chinese and Korean. So enjoy the overwhelming presence on the battle field with the voice feature in different languages. 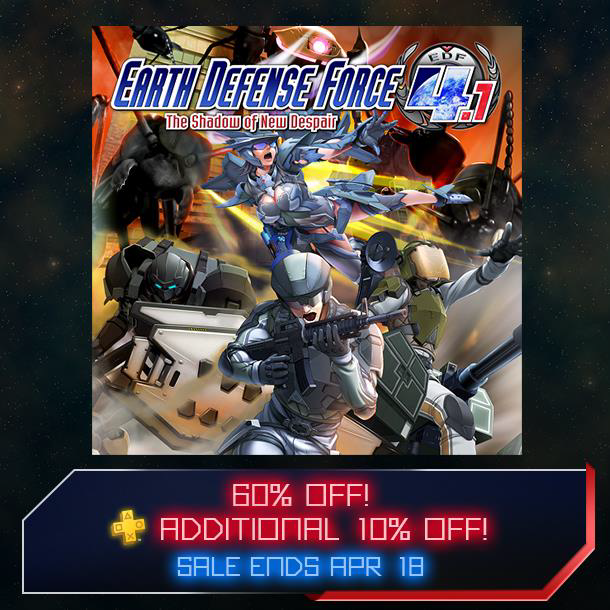 Discount sale from 12th to 18th April 2018
In order to celebrate the 2018 summer release for EARTH DEFENSE FORCE 5, a discount sale* (up to 70% off) will start today for a limited period for EARTH DEFENSE FORCE 4.1 THE SHADOW OF NEW DESPAIR. Enjoy the excitement of being a part of the EDF team in defending Earth with your friends and family before the release of the new game.
For the LATEST tech updates,
FOLLOW us on our Twitter
LIKE us on our FaceBook
SUBSCRIBE to us on our YouTube Channel!