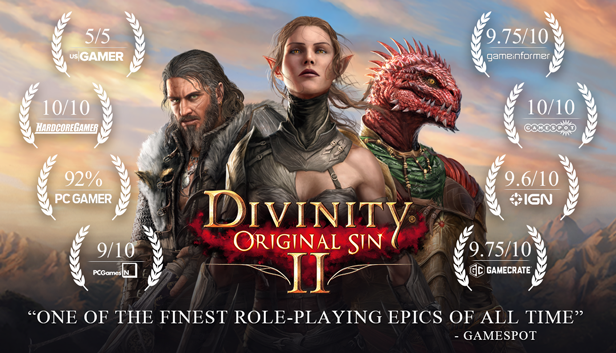 DIVINITY: ORIGINAL SIN 2 gives players the freedom of a sandbox RPG, encouraging improvisation and experimentation, with rules made to be bent rather than followed. The game takes place in the world of Rivellon where players can go anywhere, talk to anyone (living, dead, or non-human), and fully interact with the game world like no other RPG. 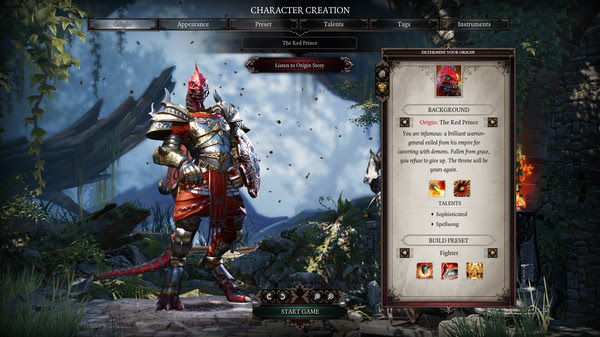 The game features six unique origin characters with full-fledged backstories, personalities, and questlines: Red Prince, a haughty but heroic lizard noble; Sebille, an elven assassin; Lohse, a possessed musician; Ifan ben-Mezd, a mercenary ex-soldier; Beast, a rebel-turned-pirate dwarf; and Fane, an undead member of the long-forgotten Eternal race. Console players diving into the world of DIVINITY: ORIGINAL SIN 2 for the first time will enjoy a user interface tailored for console play in both four-player online co-op and two-player split-screen co-op modes. Additional content updates and extra features will be announced in the weeks and months leading to the game’s launch later this year. 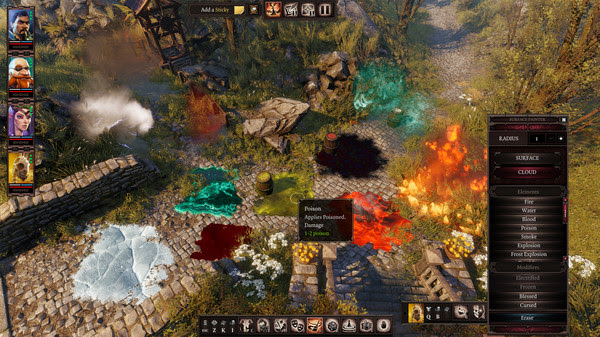 Development of DIVINITY: ORIGINAL SIN 2 began with a successful Kickstarter campaign in August 2016, raising over $2 million from more than 40,000 backers.
The PlayStation 4 version of DIVINITY: ORIGINAL SIN 2 will be available physically and digitally, and XBox One version will be available digitally in August 2018.
To learn more about the game, please visit: http://larian.com/, or see the game in action at https://www.youtube.com/user/LarianStudios, or follow the Larian development team on Facebook at https://www.facebook.com/LarianStudios/.
For more details about BANDAI NAMCO Entertainment Asia’s other products feel free to follow us on Facebook at https://www.facebook.com/bandainamcoent.asia or join the conversation on Twitter at https://twitter.com/BandaiNamcoSEA.
Title Information
Title: DIVINITY: ORIGINAL SIN 2
Platform: PLAYSTATION®4, XBOX ONE
Release Date: August 2018
Genre: Role-playing game
®Larian Studios.
“PlayStation” is a registered trademark of Sony Interactive Entertainment Inc.
Press Release © 2018 BANDAI NAMCO Entertainment Asia Pte Ltd.
All other trademarks are properties of their respective owners.
For the LATEST tech updates,
FOLLOW us on our Twitter
LIKE us on our FaceBook
SUBSCRIBE to us on our YouTube Channel!