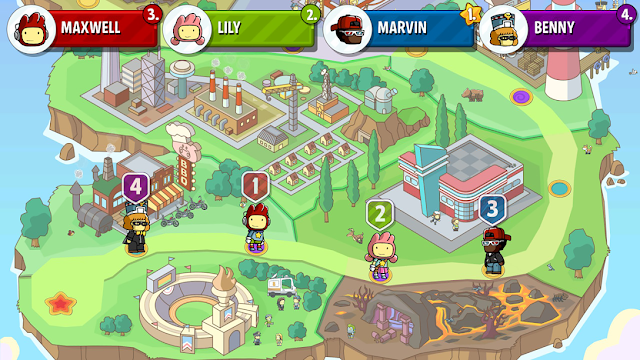 Up to four players can face off and imagine their way to victory in Showdown Mode, utilising Scribblenauts™ Showdown’s vast dictionary to outsmart their opponents. With over thirty-five thousand words, almost any object can be conjured as players travel across a board game style map taking part in over twenty-five mini-games. ‘Wordy’ games require imagination to utilise the best object or character in a variety of scenarios, while ‘Speedy’ games pit players against each other in a race to complete an assortment of humourous challenges. With card-based skills and strategies unleashed throughout Showdown Mode, each game is unpredictable, keeping the fun flowing until the end.
Launch Trailer: https://www.youtube.com/watch?v=WCXkITtrPqA