Singapore’s IT jobseekers the most honest globally: Survey

Home » Singapore’s IT jobseekers the most honest globally: Survey

Singapore’s IT jobseekers the most honest globally: Survey 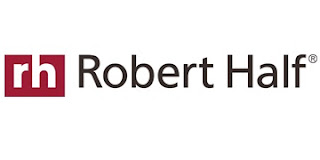 Singapore, 8th January 2018 – Despite the fact that Singaporean IT jobseekers have been caught lying on their CVs when applying for a job, independent research commissioned by specialised recruiter Robert Half shows that Singapore’s IT jobseekers are the most honest in comparison to global findings.
According to the research, which surveyed 1,117 CIOs globally, more than one in four (43%) Singaporean CIOs have disqualified a job candidate from consideration for a position after discovering dishonest or exaggerated information included on their CV – however, more than two thirds (69%) Brazilian CIOs expressed the same sentiment, followed by Australia (67%), Germany (66%), Hong Kong (63%), Belgium (60%), the UK (47%) and France (45%) – an indication that Singapore’s IT jobseekers are the most honest globally.
The most common areas where job applicants were dishonest on their CV as identified by Singapore’s IT leaders are: technical skills (63%), work experience (56%), previous job duties (38%), education/qualifications (31%), leadership skills (28%) and project management skills (28%).
Matthieu Imbert-Bouchard, Managing Director of Robert Half Singapore said: “Honesty is the best policy during the job application process. Even though a jobseeker might be the best person for the job, once untruthfulness has been discovered – with online transparency and social media making background checks much easier – the candidate’s professional credibility has been irreversibly damaged, and highly reduces their chance of successfully landing the job.”
“While jobseekers may not specifically intend to deceive potentially employers, even minor exaggerations can have serious consequences, not just for the position at hand, but also for throughout one’s career. If they’re successful in securing the job and are found to have lied on their CV, it will most likely result in termination, damage the candidate’s reputation, and eliminate the option of obtaining a positive reference for future employment.”
“Instead of falling foul of temptation, a more beneficial option is to seek guidance from a career expert who specialises in IT job applications, who can help build a CV that stands out amongst other candidates. “
##
About the research
The annual study is developed by Robert Half and was conducted in June-July 2017 by an independent research firm, surveying 1,117 CIOs/CTOs in Hong Kong, Australia, Belgium, Brazil, France, Germany, Singapore and the UK. This survey is part of the international workplace survey, a questionnaire about job trends, talent management and trends in the workplace.
About Robert Half
Robert Half is the world’s first and largest specialised recruitment consultancy. Founded in 1948, the company has over 325 offices worldwide providing interim management, temporary and permanent recruitment solutions for accounting and finance, financial services and technology professionals in Singapore. More information on roberthalf.com.sg.