Sea of Thieves - Closed Beta | Get Hooked On Some Doubloons! - The Tech Revolutionist

Sea of Thieves – Closed Beta | Get Hooked On Some Doubloons!

Home » Sea of Thieves – Closed Beta | Get Hooked On Some Doubloons!

Even though this is Rare‘s second test with the public, the Sea of Thieves almost feels like a well-polished title. Save for some occasional crashes and exceptionally long loading times (when first entering the game), the cooperative pirate themed adventure game surprised us in many ways.

Gimme Some Of That Booty 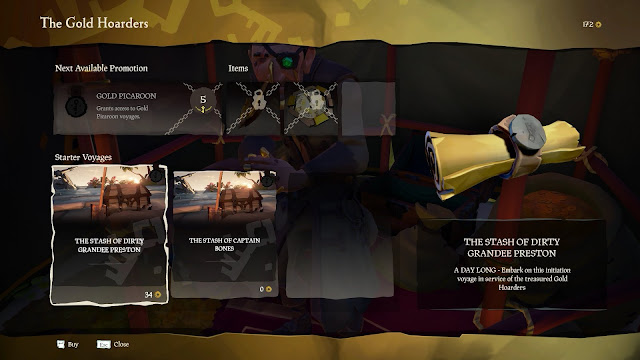 As the game is still in closed beta, there are still some kinks to sort out. The lack of tutorials or guide can be tough for some to learn the ropes. However, once the initial learning stage is overcome, the game’s mechanics is pretty simple yet interesting. 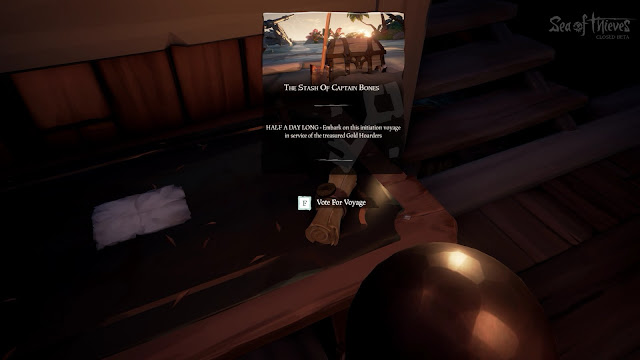 Instead of the typical quests that adventure games provide, players have to buy “Voyages“. These are objectives that players can suggest their crew to vote on and complete, with each voyage varying in complexity as well as risks (from monsters and rival pirates).

Aye, Pirates Do Plan Ahead

The next step to finding booty is locating one. Earlier voyages will see players playing a simple “match the pattern” to identify the booty isles, with later ones requiring more thought through the use of riddles.

Of course, you will be receiving your very own ship to embark on your journey. Although it is currently not possible to customize the look of your ship (and your character), it should be possible once the game is released.

To pass the time while on the sea, Rare has equipped each pirate with 2 different musical instruments. When played alone, it can feel like something is amiss. When playing together, both are able to produce something magical – just like playing the Sea of Thieves with friends.

Other than just dicking around with music, pirates can indulge in their favorite past time – drinking grog!

While travelling around in the Sea of Thieves, you may come across a sunken ship with a ton of seagulls circling above. ‘Tis a sign fer more treasures! Do be careful for sharks, as they will appear as soon after you disembark your vessel.
Do take care to not travel across the unmarked territory as your ship will be attacked by unknown forces, with no way to fend them off. Not to worry, as Mr. Merman will be there to take you back home if you are shipwrecked. 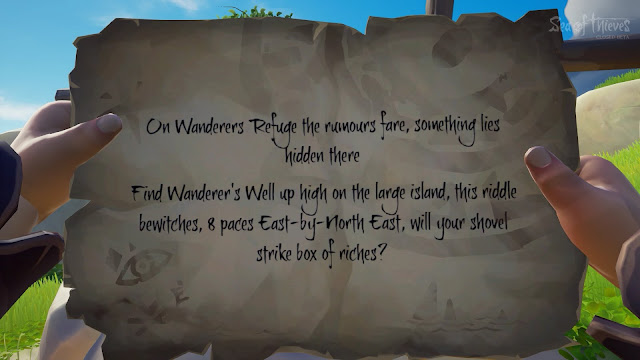 Once you are actually on the marked island, the map (or riddle parchment) will have the instructions to locate the booty. 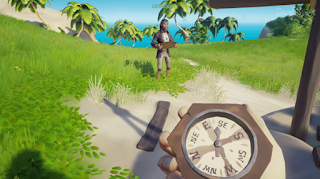 Beware of skeletons, as they will spawn randomly and periodically on each island, with bigger islands being host to even more dangerous undead.
With all things said, there is no need for players to perform voyages. Anyone can simply be a vicious pirate and commandeer other ships’ treasures. Being on the receiving end of this can be pretty heartwrenching.

Being a veteran at sea, we have faced a ton of naval warfare and managed to (sometimes) survive and see the light of day. Sea combat is pretty intense and requires a ton of teamwork, with boat management being key. Opposing pirates will also be near your vicinity, so be on a look out.

You can also use the environment to your advantage. Hide behind rocks, or use explosive barrels to quickly take out your adversaries.

Dying is not as bad as you think. It gives players some time for a breather, while allowing players to be on-board an epic ghost ship that is somewhat similar to Davy Jones’s Flying Dutchman. 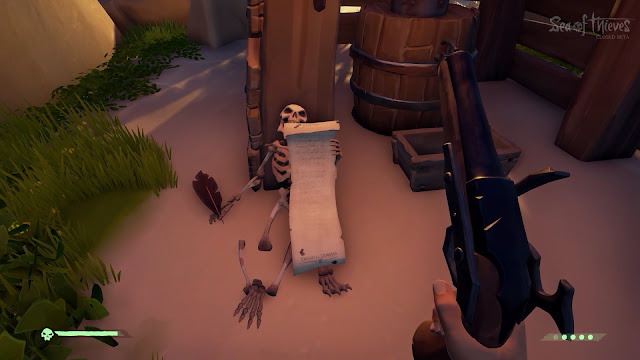 The Sea of Thieves is looking to be one of the best multiplayer cooperative game in 2018. Not only does it encourage communication between the crew, sufficient thought has been put to the game’s core mechanics. Furthermore, it also has one of the best-looking seas.
For the LATEST tech updates,
FOLLOW us on our Twitter
LIKE us on our FaceBook
SUBSCRIBE to us on our YouTube Channel!