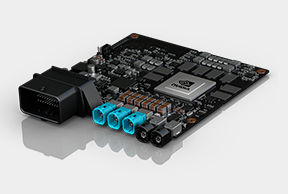 SINGAPORE—January 11, 2018—NVIDIA today unveiled details of its
functional safety architecture for NVIDIA DRIVE™, its
AI autonomous vehicle platform, which uses redundant and diverse functions to
enable vehicles to operate safely, even in the event of faults related to the
operator, environment or systems.
The NVIDIA DRIVE architecture
enables automakers to build and deploy self-driving cars and trucks that are
functionally safe and can be certified to international safety standards, such
as ISO 26262.
“Safety is the most important feature of a
self-driving car,” said Jensen Huang, founder and chief executive officer of
NVIDIA. “It is imperative that it operate safely, even when things go wrong. NVIDIA’s
investment into this functional safety platform is one of the most important
ones we’ve ever made, and it provides a critical ingredient for automakers to
bring self-driving cars to market.”
NVIDIA DRIVE provides a holistic
safety platform that includes process, technologies and simulation systems, as
described below:
•
Process:
Sets out the steps for establishing a pervasive safety methodology for the
design, management and documentation of the self-driving system.
•
Processor Design
and Hardware Functionality: Incorporates a diversity of processors to
achieve fail operation capabilities. These include NVIDIA-designed IP related
to NVIDIA Xavier™ covering CPU and GPU processors, deep learning accelerator,
image processing ISP, computer vision PVA, and video processors – all at the
highest quality and safety standards. Included are lockstep processing and
error-correcting code on memory and buses, with built-in testing capabilities.
The ASIL-C NVIDIA DRIVE Xavier processor and ASIL-D rated safety
microcontroller with appropriate safety logic can achieve the highest system
ASIL-D rating.
•
Software:
Integrates world-leading safety technology from key partners. NVIDIA DRIVE OS
system software integrates BlackBerry QNX’s 64-bit real-time operating system,
which is ASIL-D safety certified, along with TTTech’s MotionWise safety
application framework, which encapsulates each application and isolates them
from each other, while providing real-time computing capability. NVIDIA DRIVE
OS offers full support of Adaptive AUTOSAR, the open-standard automotive system
architecture and application framework. The NVIDIA toolchain, including the
CUDA® compiler and TensorRT™, uses ISO 26262 Tool Classification Levels to
ensure a safe and robust development environment.
•
Algorithms:
The NVIDIA DRIVE AV autonomous vehicle software stack performs functions like
ego-motion, perception, localisation and path planning. To realise fail
operation capability, each functionality includes a redundancy and diversity
strategy. For example, perception redundancy is achieved by fusing lidar,
camera and radar. Deep learning and computer vision algorithms running on CPU,
CUDA GPU, DLA and PVA enhance redundancy and diversity. The NVIDIA DRIVE AV
stack is a full backup system to the self-driving stack developed by the
automaker, enabling Level 5 autonomous vehicles to achieve the highest level of
functional safety.
•
Virtual Reality
Simulation: A self-driving car is an extremely complex system with
stateof-the-art technologies. Proving that the system does what it is designed
to do — captured by the term SoTIF, or safety of the intended functionality —
is a great challenge. And it must do so in a wide range of situations and
weather conditions. Road testing is not sufficiently controllable, repeatable,
exhaustive or fast, so a realistic simulation environment is essential. NVIDIA
has created a virtual reality simulator, called NVIDIA AutoSIM, to test the
DRIVE platform and simulate against rare conditions. Running on NVIDIA DGX™ supercomputers,
NVIDIA AutoSIM is repeatable for regression testing and will eventually
simulate billions of miles.

“The deep learning capabilities that
NVIDIA provides combined with BlackBerry QNX’s safety- critical real-time
operating system are exactly what automakers want and need,” said John Chen,
executive chairman and CEO, BlackBerry. “Our partnership with NVIDIA will
provide the automotive industry with a functionally safe AI self-driving
platform that is secured to the highest standards.”
“We are excited to team up with
NVIDIA, the leader in automotive AI technologies, and to contribute our
series-proven safety software framework MotionWise for autonomous systems in
close partnership with our joint customers,” said Georg Kopetz, CEO of TTTech.
“This strategic world-class partnership will jointly bring a complete solution
fast to market, ready for the high safety and security requirements for Level 2
to Level 5 – fully fail-operational autonomous systems.”

NVIDIA’s (NASDAQ: NVDA) invention of the GPU in
1999 sparked the growth of the PC gaming market, redefined modern computer
graphics and revolutionised parallel computing. More recently, GPU deep
learning ignited modern AI — the next era of computing — with the GPU acting as
the brain of computers, robots and self-driving cars that can perceive and
understand the world. More information at http://nvidianews.nvidia.com/.