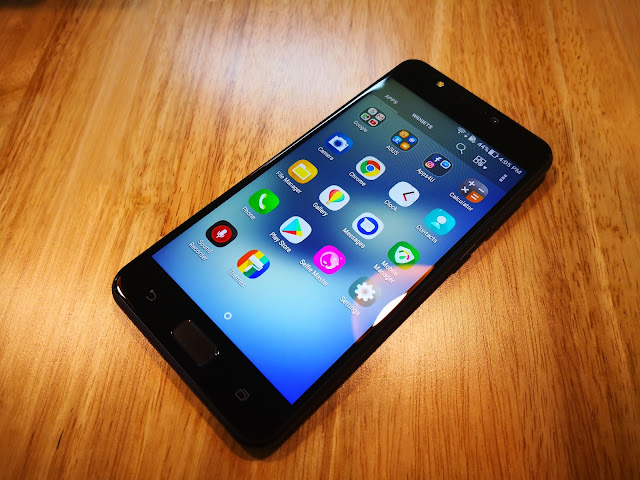 When it comes to smartphones of today, there is usually nothing much to talk about. New flagship offerings usually promise better specifications and small incremental improvements from previous generations. But honestly speaking, new phones fall into the “not much difference” category.
To really stand out in the market, value proposition and differentiation of a smartphone matters. We were really excited when ASUS first announced the new Zenfone 4 Max series as the lineup seems to have provided what the mainstream/entry level market wants – affordable smartphone with premium features. The Zenfone 4 Max, as its name suggests, promises maximum battery life to users.
Moreover, inheriting other features from the Zenfone 4 lineup, it even features two rear camera (one wide angle, one normal) for high quality photos and videos. Not to mention, all these features only costs your S$258?! This phone screams value and affordability 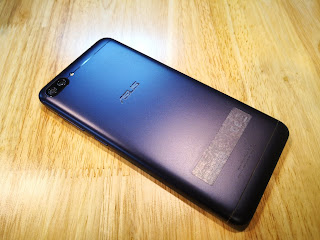 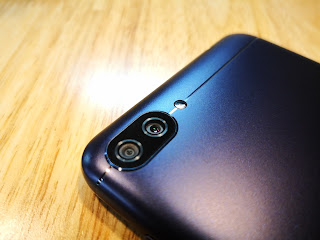 With some analysis on the design of the Zenfone 4 Max, we start to understand what the designers are thinking about when coming up with the Zenfone 4 series. We can see that the overall design largely focuses on pretty curves and showing a sense of completeness and roundness. The sides and edges of the phones on both the front and the back are beautifully curved at an angle, allowing users to have a good grip of the device. Many other aesthetic features on the phone also show hints of circles or ovals. This definitely looks singular and sophisticated. 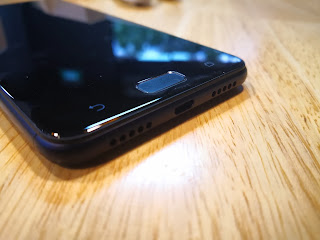 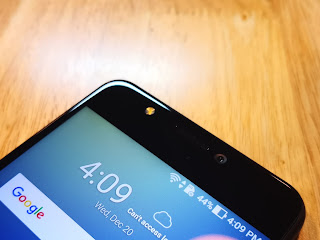 Moreover, the front of the phone is also covered with a 2.5D (curved at the sides) Corning Gorilla glass, giving the phone a premium feel. We really loved the slim side bezels on the whole Zenfone 4 series, which was much of an improvement from previous generations. 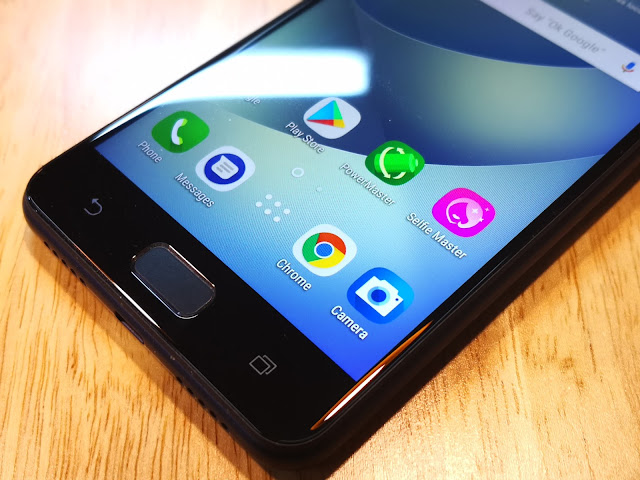 The front of the phone has the standard back and recent apps button. The middle fingerprint sensor also acts as the home button. However, we disliked the fact that the back and apps buttons are imprinted on, preventing the ZenUI from customizing the placement of these keys. For someone who is used to having their back button on the right side of the phone, you may find yourself requiring some time before getting used to the new layout. However, this is not a huge issue as it does not majorly affect the usability of the phone. 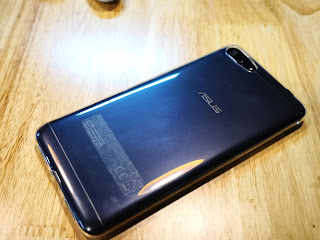 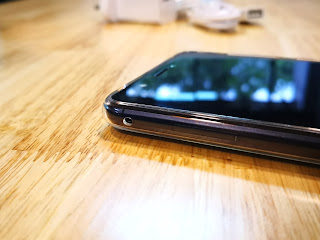 We were happy to see that ASUS has included a simple clear case for the ASUS Zenfone 4 Max. This case looks pretty on the smartphone, as it does not cover any of the aesthetic features that are meant to be showed off to others, while effectively protecting the phone from any falls or bumps.

A huge step forward for ZenUI 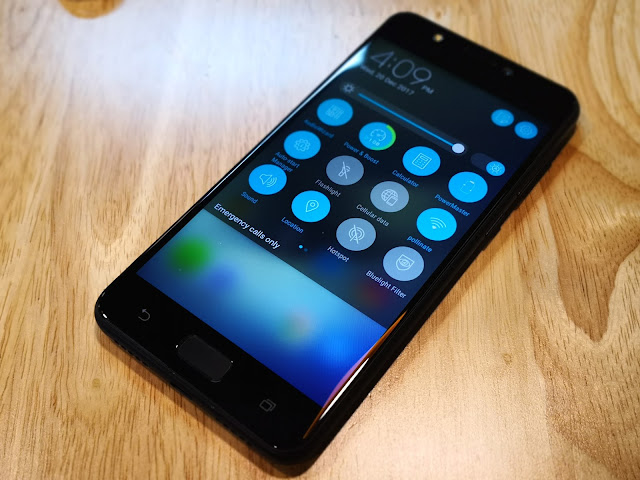 In our past reviews of other Zenfones, we have always complained about the fact that ZenUI fails to deliver a positive experience because of its built-in bloatware. We were glad that ZenUI has been revamped, and the new ZenUI has all their bloatware removed! Gone were the days where the UI actually served annoying ads directly through the home screen. The power is now back with the consumers, as they can have a phone that they truly own. This has essentially made ZenUI as one of our most favorite Android UI in the market, because of its easy to use interfaces and customization options. 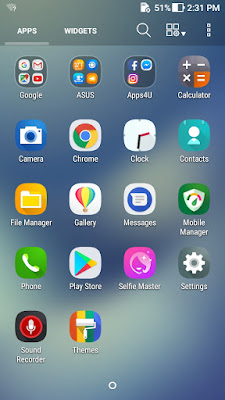 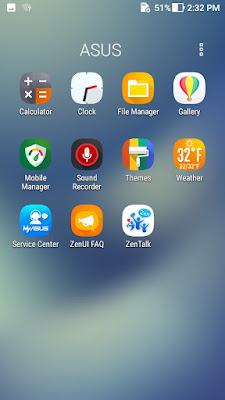 The ASUS ZenUI has a very clear icon focused app drawer and homescreen design, which should be generally familiar to most users. Apps can also be arranged into folders, or if you prefer to access apps via search, there is an option for that too.

Performance and Hardware – Adequate for everyday use

Honestly, speaking, the Snapdragon 425 chipset that is featured on this phone may turn some buyers away. Instead of agreeing to what the crowd thinks, and after testing the phone for a couple of weeks, we have to say that the Snapdragon 425 performed better than our expectations. This could also be due to software optimization from ASUS for the chipset, as we thought that the phone remained responsive and snappy in general usage scenarios such as web browsing, phone calls, social media browsing and also video streaming.
Please do not expect to play any graphically intensive games on the Zenfone 4 Max, as it is simply not made for this purpose. In fact, it did not even make sense for us to run performance benchmarks on this smartphone, as the scores will probably be too low to make an adequate comparison with any other higher tiered phones. 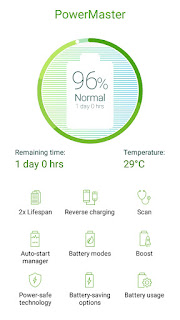 Despite lacking in certain aspects of performance, the Snapdragon 425 does wonders when it comes to battery life. As the processing units within the chipset do not require as much power than its bigger brothers, it was able to effectively maximize battery performance on the smartphone. With added software optimization from ASUS, we found ourselves enjoying more than a day of usage on the Zenfone 4 Max before another charge was required. The battery life was so good that ASUS has even enabled the “reverse charging” feature, which essentially allows you to use the Zenfone 4 Max’s battery to charge another USB enabled device!
Even though our experience on the ASUS Zenfone 4 Max was a pleasant one, it does not feature the latest technology available. Most glaringly, it lacks 802.11ac wireless, and only performs on 802.11n. This chipset also fails to support the 5GHz wireless band, and has its wireless network bandwidth limited to 300Mbps. It also lacks the fast charge technology that is enjoyed by other smartphones, as the chipset simply does not support it.

A partial reason of why the Zenfone 4 Max was able to sustain such a long battery life could be because it features only a 1280 x 720 resolution display. In fact, this could be quite a deal breaker for some, as the display simply looks quite grainy and unappealing. Nonetheless, a lower resolution display could fit more adequately for a entry level chipset, as the Snapdragon 425 will be able to handle the graphics and display workload more effectively. 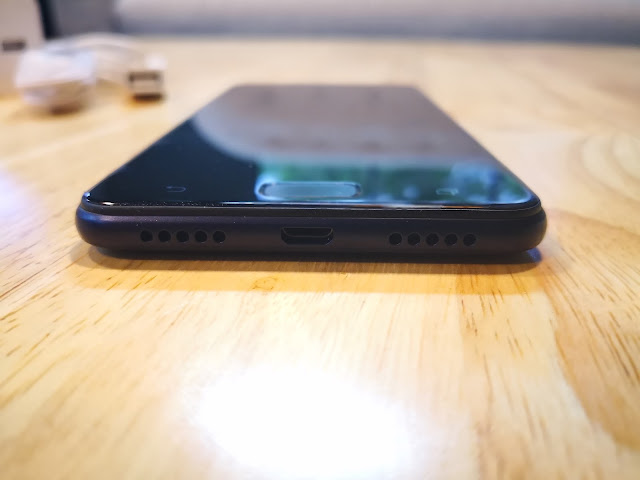 ASUS designed the Zenfone 4 Max with a single mono speaker at the bottom phone. This design ensures that sounds will not be muffled regardless of how you place the phone. In terms of audio quality, we can say that it is above average with the focus on the highs and the mids. The lack of bass could turn some users away, but it is nothing major. We enjoyed ballads and solos, as it was able to bring out the distinct features of each instrument/vocal.
ASUS has got a “outdoor” mode for the speakers. We recommend that you never toggle that switch, as it worsens the audio quality significantly.

The two rear cameras from the ASUS Zenfone 4 Max allows the phone to stand out from competition in the market. Unlike other flagship models from other brands which uses dual lens technology to enable bokeh effects or better picture quality, the rear cameras on the Zenfone 4 Max functions independently. One of it has a wide-angle lens, while the other features a normal lens.
Based on the tests, we can see that the wide-angle lens does make a lot of difference, as it was able to capture a lot more of the scenery in a single shot. We have also taken note that the wide-angle lens on the Zenfone 4 Max does include some “fish-eye” effects, which may not be totally intended as a usual wide-angle lens.
Of course, when we do our comparisons, we want to compare the device with one of the best. In comparison to the Huawei Mate 10 Pro, we can see that the ASUS Zenfone 4 Max lacks details and sharpness. However, when comparing to other smartphones, we got to say that the ASUS Zenfone 4 Max was not too shabby at all. It was still able to capture the colours in low light conditions, and present them beautifully to the user. 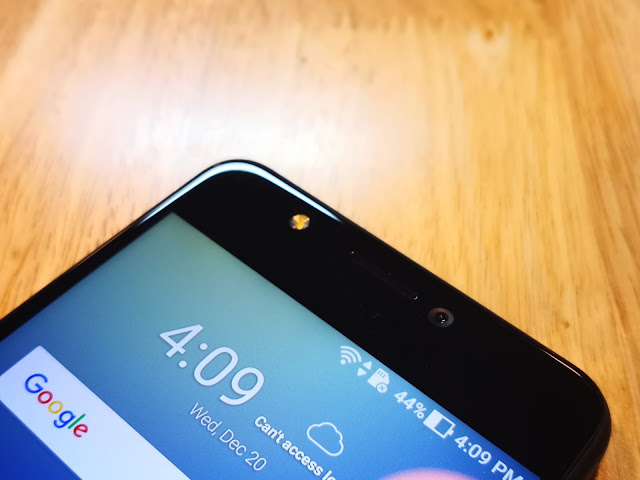 When it comes to the battle for affordability and value, the Zenfone series does stand out well above Xiaomi’s Redmi. With its unique design, great features and amazing battery life, it is definitely a first pick over its competitors.
However, it does sacrifice features to get to this price range. Its dual camera system could have been done better, perhaps follow the Google Pixel 2’s approach and have a single wide-angle lens with a decent camera resolution? With that, pictures would be able to crop to the users’ desire. Nevertheless, the cameras were still of good value for that price. Screen resolution was also sacrificed to keep the affordability up.
All in all, we would still recommend it for a great entry-level pick!

Looking For A Way to Restore Deleted Partition on Windows? Try Disk Drill.