The MasterKeys MK750 is a mechanical gaming keyboard that comes with the obligatory RGB lighting, and the well-known Cherry MX Blue keys for a tactile typing experience. With an estimated 50 million keystrokes lifespan for its switches, and a Hybrid key rollover that combines N-key and 6-key rollover, the MK750 has the top-of-the-line specs on paper. With the specs promising so much to buyers, we’ll find out if the MK750 is worth its weight in gold. 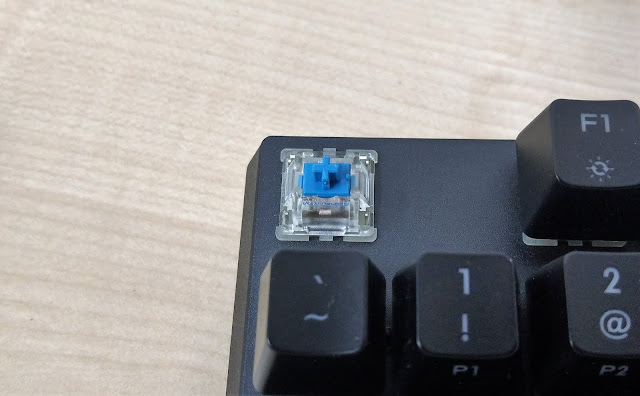 The unboxing experience is as intuitive as unboxings can go, with several easily accessible finger-sized holes for pulling the contents out its cover. Not to mention, the entire package has plenty of space to store all its components while still being slim and portable enough to be carried around by hand. 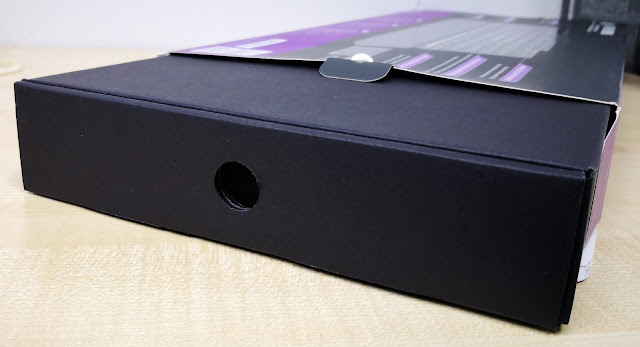 The entirety of the MK750 is plated with an anodized cobalt-aluminum material. As a result, there is a certain heft to it, making it feel and look premium. 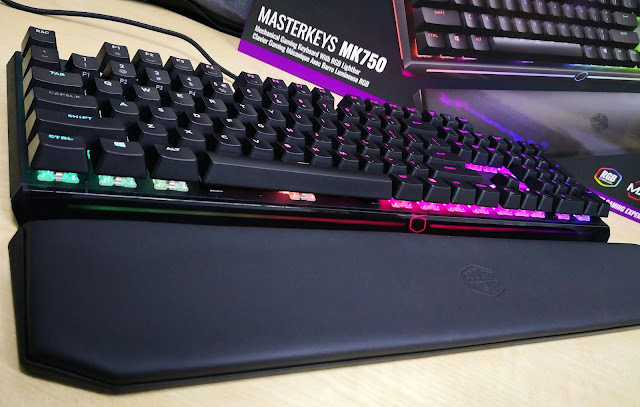 The MK750’s switches also features a Floating Switch design, making its RGB goodies easily viewable. Additionally, dust and gunk would also not easily get stuck, unlike other typical keyboards with switches that are sunk into the body. This results in a low-maintenance keyboard, with the right tools. 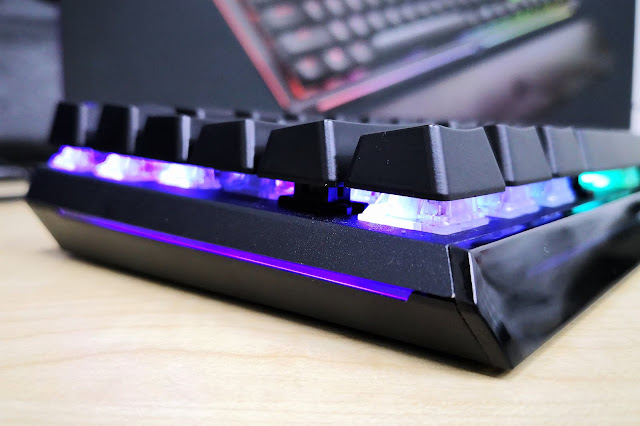 Included in the box is a magnetically detachable wrist rest, which was initially thought to just be used as another selling point for the MK750. After using it with the keyboard for a couple of days, the wrist aches that usually came with hours of sitting in front of the PC were missing. It was a huge realization that the wrist rest’s cushions played such an important role in everyday computing usage, and is definitely a heaven-sent in a world where such an accessory is normally seen as unnecessary. My wrist is surely thankful for the delay or even prevention of the onset of arthritis.The only design flaw with the wrist rest is the blocking of the sexy RGB Lightbar which accents the bottom of the keyboard. 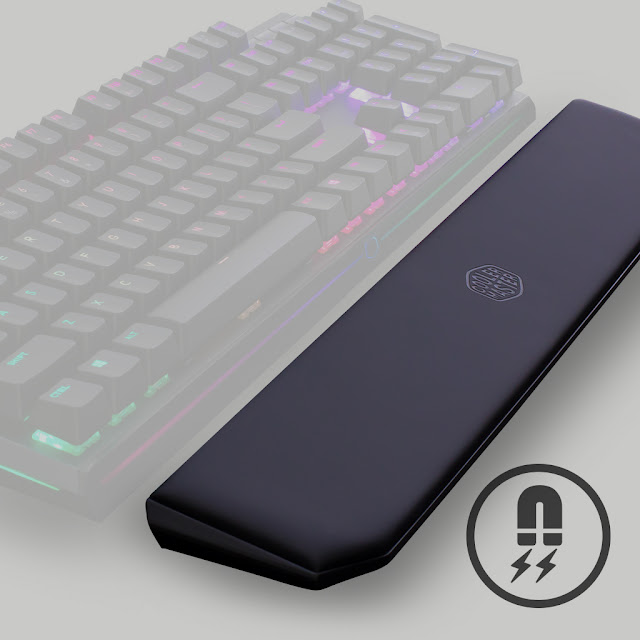 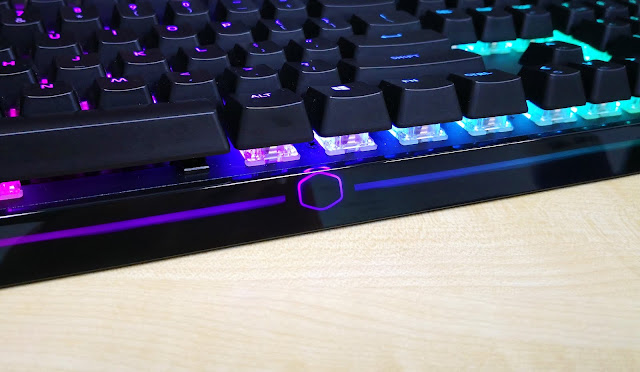 By default, the MK750 only uses ABS keycaps which are normally seen as inferior with PBT keys, that are often seen in premium keyboards. This is because of how the ABS keys “shine” after a couple or months/years of usage, while PBT keycaps do not suffer from this issue. However, the production of PBT keys are a lot more expensive.To keep the price of the keyboard low, while wanting to keep the superior quality of PBT keys, 9 PBT keys were included in the package. These keys include WASD, ESC and arrow, where most of which are the keys that normally develop the “shine” or have their symbols faded out. All of which are also double-shot to improve durability. 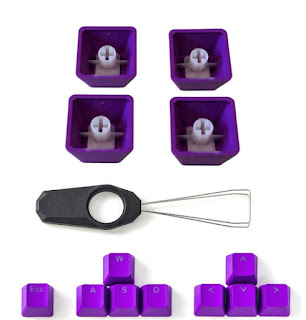 Following the trend of Type-C cables for everything, the MK750 is powered by a USB to Type-C cable. It is theoretically possible to use any USB to Type-C cable to power the keyboard, in possible future cases where the included wire got damaged. As compared to other keyboards that do not feature any detachable cable, or those that uses proprietary ports, the lifespan of the MK750 is definitely longer in respect to the cable. 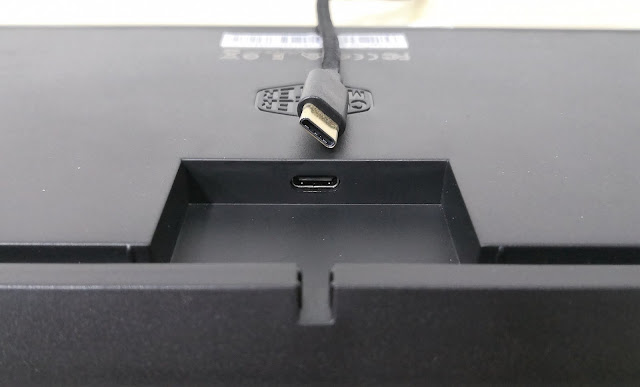 When it comes to the features that the keyboard itself has, the MasterKeys MK750 does not fall short. It features four easy to reach media control buttons, that can be pretty handy when playing music or watching a movie. However, adding a volume scroller would make this aspect a lot more perfect. 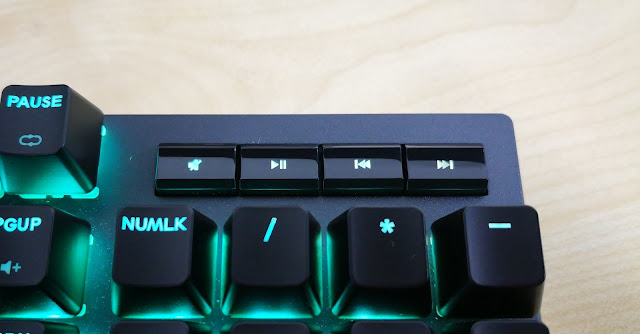 What makes this keyboard stand out is in its onboard 32-bit ARM Cortex processor and memory. These enables the control over the RGB profiles and macros without the need for software, and Cooler Master calls it the On-the-Fly shortcuts. Essentially, this removes the need for installing any software and the reconfiguration of your profiles when switching around PCs.Have a RGB setting that is too flashy for the night? Simply switch to your “night” profile with “FN + 1/2/3/4” and you are ready to go. There is no need to open up any program just to perform this meager action. Everything can be done with the On-the-Fly shortcuts. 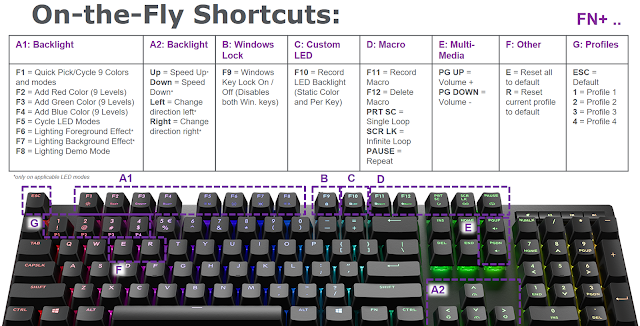 Even with the On-the-Fly shortcut system, remembering the key combinations can be a pain in the ass for the lazy, myself included. Even with the handy cheat sheet that Cooler Master provided, a software approach can be better. As such, Cooler Master has a program just for people like us. 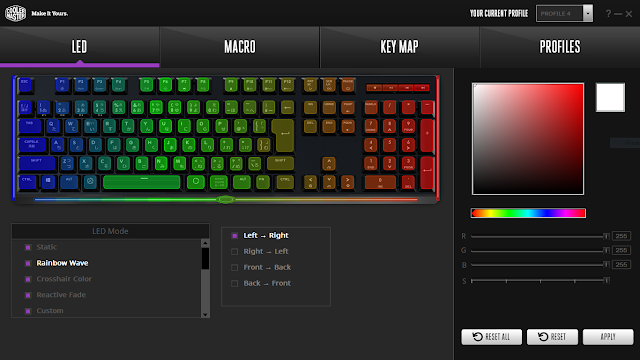 With the various modes available for users to preview and play around with, and control over the RGB color, the software is the superior option. It even features the creation of macros, and even remapping of any key on the keyboard. 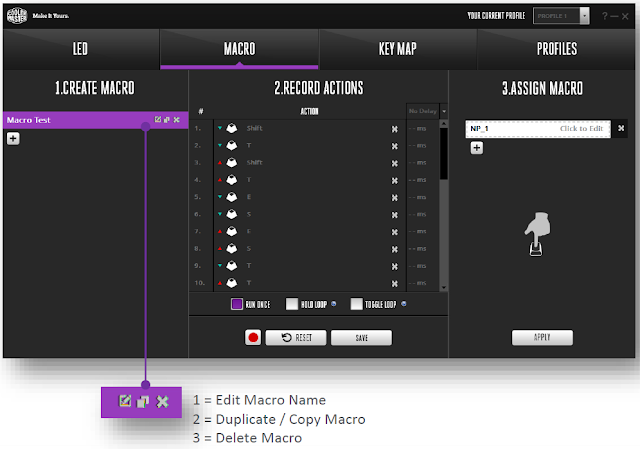 Ever wanted to remap that useless right Windows button that have been forgotten? Now you can replace it with a handier key, and give some love to that sad and unloved button. 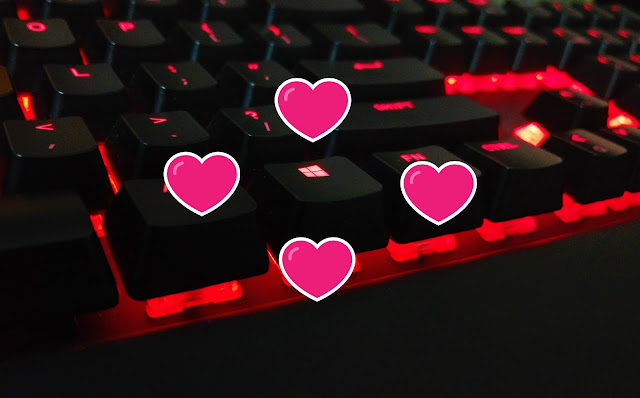 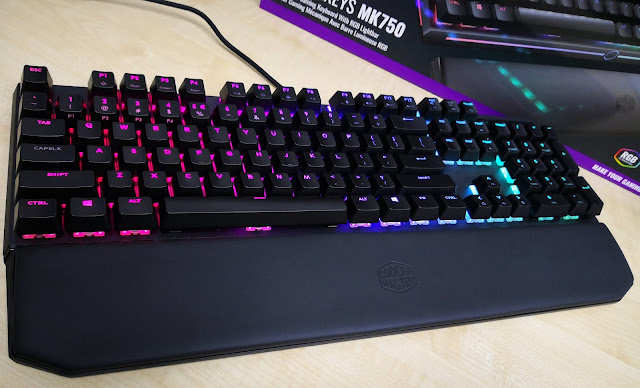 The Whole is Greater than the Sum of its Parts. Cooler Master’s MasterKeys MK750 is the best mechanical keyboard that have ever entered the market. It has all of the features that one would expect from a mechanical keyboard, while increasing its value proposition by adding a detachable wrist rest and its On-the-Fly shortcuts. Taking all these as into account, the extra features makes the already great mechanical keyboard feel even more complete. Additionally, Cooler Master also provides 2 years of warranty, extending the longevity of the MK750.It does however, lack a full set of PBT keys and wireless functionality that some might find a deal-breaker. This was probably done to keep the price sub $200, while wireless connectivity can cause some complications with gaming where latency and speed is of high importance.
If you are looking for a great gift for a gamer friend, or someone who is often on the computer, the MasterKeys MK750 is a perfect choice. 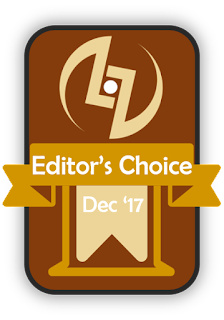 2018 Technology Predictions: Insights-Driven Enterprises Will Emerge as Winners in 2018