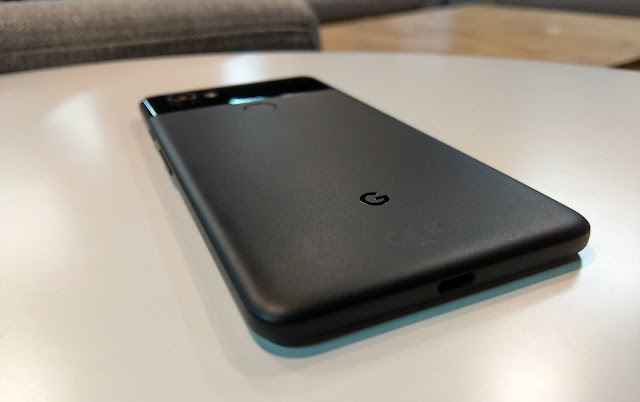 In our previous article, we covered our early impressions of the Pixel 2 XL. Next, we will go through the device more comprehensively, with regards to everyday use.

Android Oreo feels very polished, with a multitude of little improvements like smoother and quicker animations, and better responsiveness when navigating around the OS in general. Every action feels a lot quicker, with fluid transitions between apps and games. This could be due to how optimized Android Oreo is, and it is also possible that Google had made several optimizations to this specific ROM that the Pixel 2 XL is running.
Small improvements do not just end there. Even the volume control has a whopping 25 steps, preventing situations like the audio being either too loud or soft. Android Oreo also comes with a new feature called Autofill with Google that works like the Autofill in Google Chrome. Essentially, the user will be prompted whether he/she wants the details in the form to be remembered, even outside the browser. This can be especially useful when reinstalling an application, and the login details are forgotten. 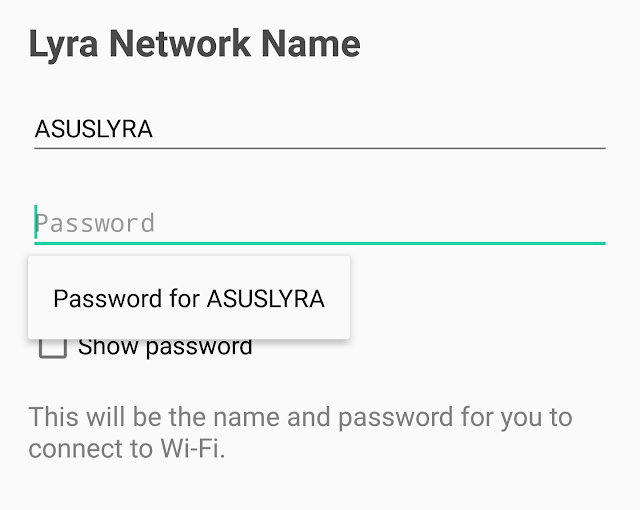 Another exclusive feature that the Pixel 2 XL has is the Now Playing mode. This allows for the identification and displaying of songs that are currently being played in the background – basically a lazy man’s Shazam. Practically, it does recognize most mainstream songs, but it works half of the time when not so well-known songs are being played. On the other hand, the device is able to pick up songs that are played off even the most horrendous speakers, which was barely noticeable by even an actual person. 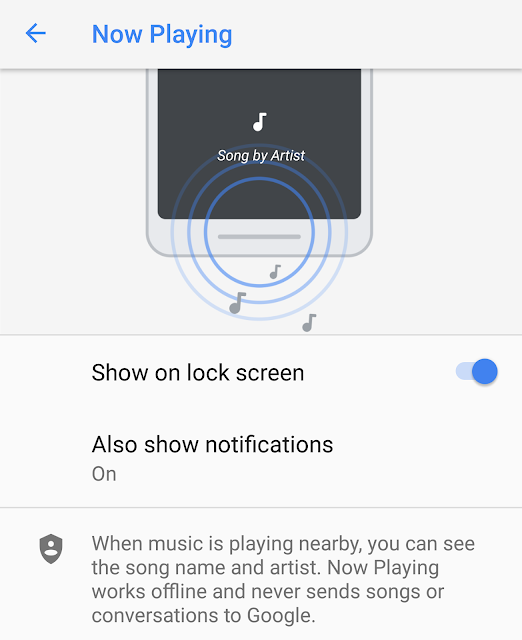 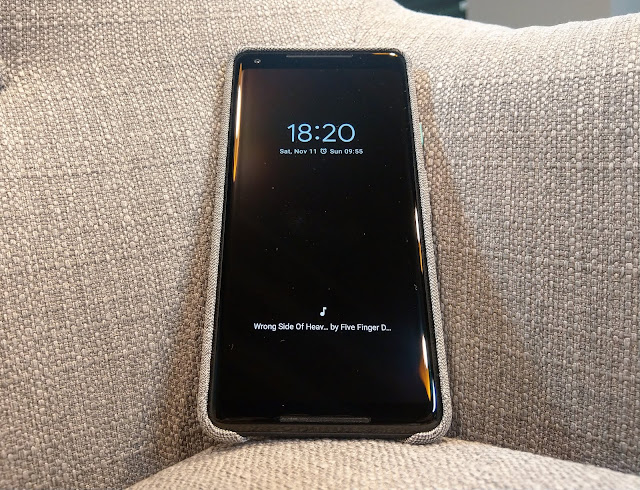 Pixel 2 XL also features an Active Edge that allows the user to squeeze to active Google Assistant, similar to the HTC U11’s Edge Sense. This can be handy for those who are frequent users of the voice assistant, but it would have been much better if the squeezes could be used for other features. Furthermore, the configuration of squeeze sensitivity does not show how hard the user is currently pressing, unlike the HTC U11. This is a minor complaint, but it would have shortened the amount of time needed to adjust the Active Edge’s sensitivity to one’s liking.

Google Lens is a hit and miss, but can be really useful at times where the phone no. or email is obvious in the image. Hopefully with future improvements, either on Google’s end or through software updates, the image recognition software becomes smart enough to identify what the user expects Google Lens to understand. Until then, at the very least there is less manual work involved, yay! 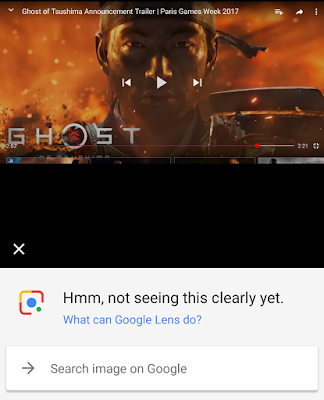 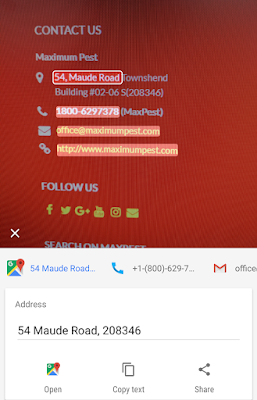 With a 3520mAh capacity for its battery, many would be wondering if the Pixel 2 XL is able to handle a full day of usage with such a large display size. Not to worry, as the device comes with Android Oreo’s battery optimization techniques, such as Background Service Limitations. You can also further improve your battery life by limiting the background activity of misbehaving applications in the Battery Usage settings as shown below. 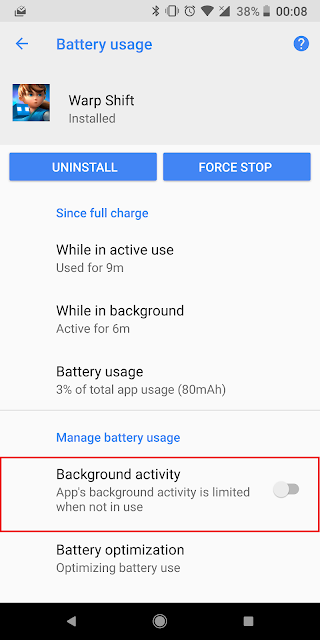 Because of all these additional optimizations to the battery, the Pixel 2 XL is able to last me the entire day with nearly 30% remaining. This is taking to account the fact that the device is connected to an Android smartwatch through Bluetooth, with the display being set to 50% brightness and adaptive brightness is enabled. Not to mention, the WiFi and Location is turned on the entire time. 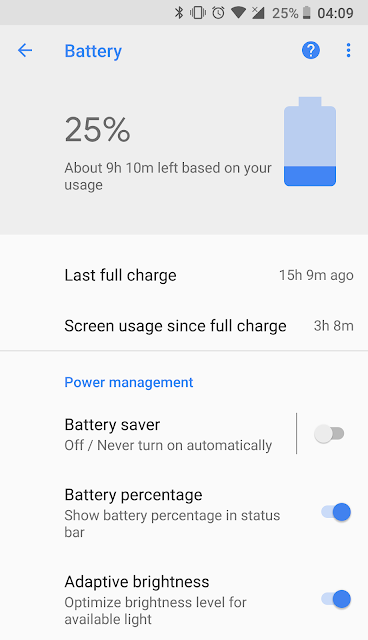 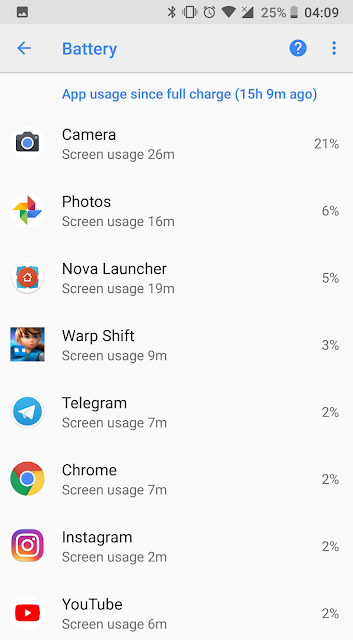 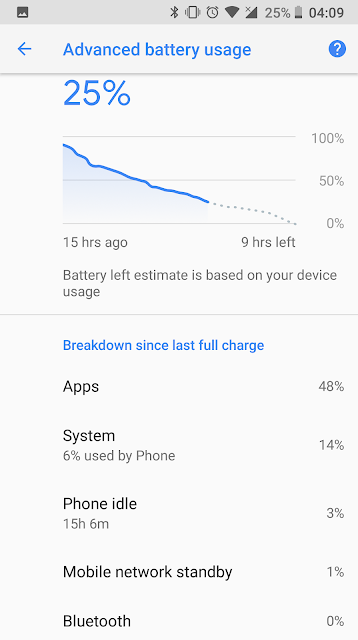 On light usage, it was able to last nearly 2 full days with over 4hrs of SOT. The device also has the exact same settings enabled as the previous test, just without Bluetooth. 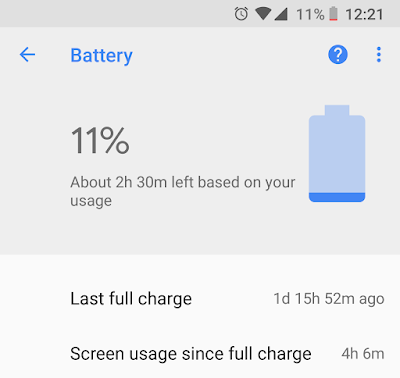 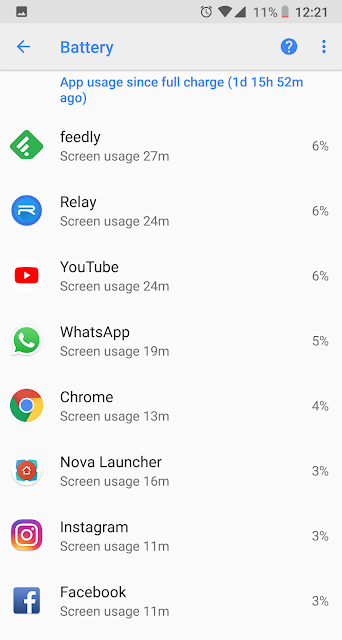 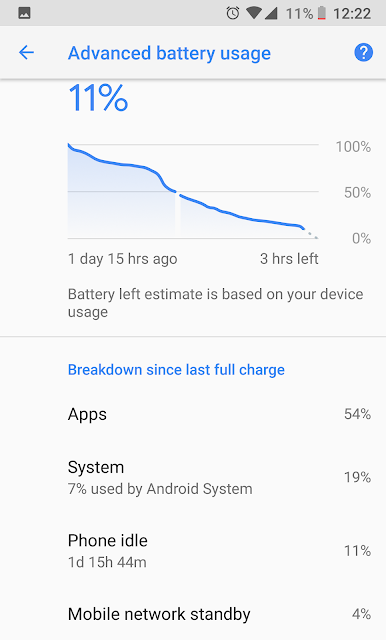 When it comes to charging, the 18W charger included in the box does a decent job. Charging did not heat up device’s body all that much. However, it can be due to the device not being charged at full power during the entire charging period. This is obvious as the increase in battery percent slows down significantly after 50%, with the timer suggestion increasing as well. This could be due to the choice made to prevent overheating of the battery. 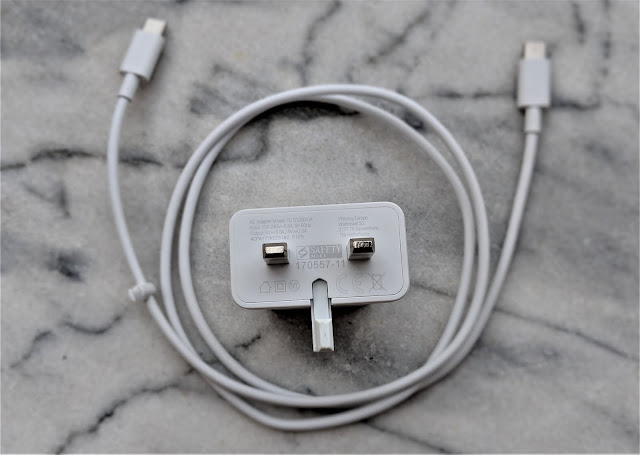 Yes, that is a USB-C to USB-C cable. It can be pretty handy when transferring data from your previous android smartphone. That is a really smart move by Google to build it into the charger. Do take note that the Pixel 2 XL is not compatible with Qualcomm’s Quick Charge, as the “Charging rapidly” note is not prompted. 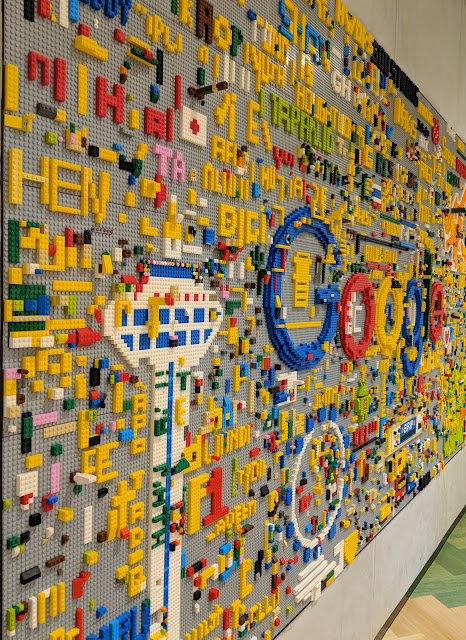 Taking pictures is instantaneous, and it handles the spamming of photo button like a champ. Post -processing with HDR+ is also a lot quicker than many other smartphones. One thing to note is that the post-processing can take a few seconds to complete. This is a minor annoyance for those who wants to immediately zoom into the freshly taken photo (take note of the spinner at the bottom left).

Camera UI has also greatly improved, with more options readily accessible without delving into the camera settings. This is one of the many benefits due to the increase in screen real estate, with the 18:9 aspect ratio. As shown below, the changing of the recording FPS is merely a two-tap process.

Portrait mode is also amazing, as compared to the iPhone’s portrait mode, as it was able to identify objects of interest pretty well. This can mean animals to even inanimate objects, instead of merely humans. Not to mention, the mode works with the front-facing camera on multiple subjects, not just a single person. 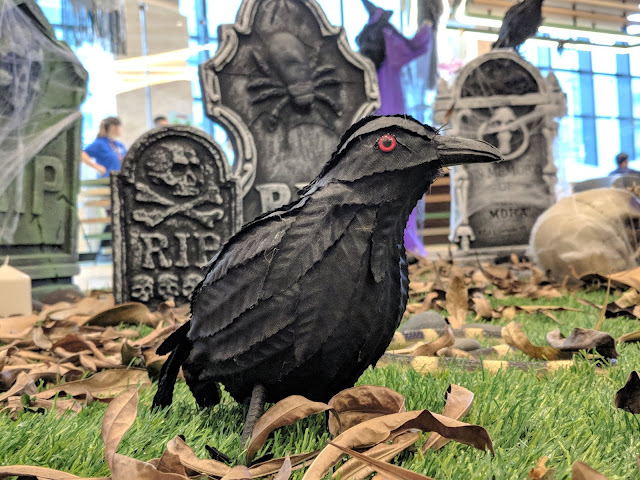 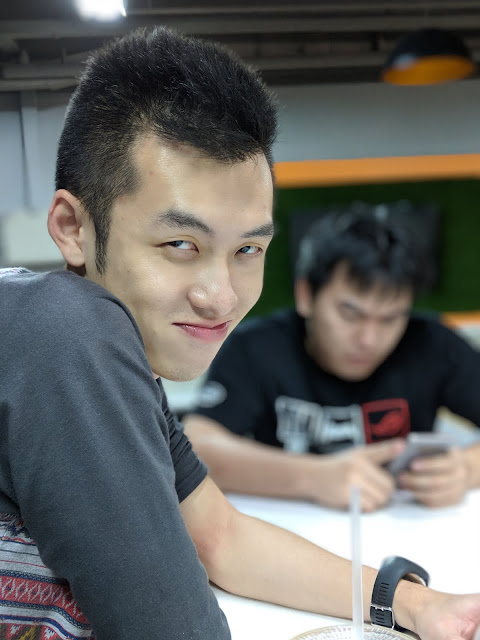 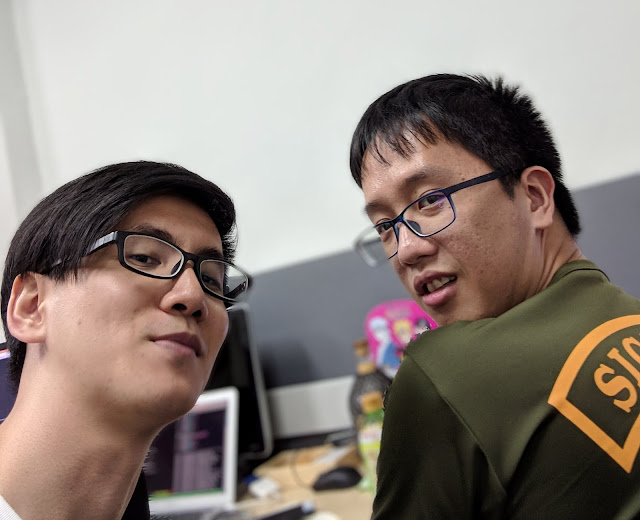 Take note of how the spectacles are blurred out, as if it was part of the background. This was the only issue that was experienced with the software-enabled Portrait Mode. The software was unable to identify that the glasses were in the foreground, and not the background. As this is powered through the software, here’s hoping that Google pushes an update to improve its Portrait Mode.
When it comes to low-light scenes and harsh lighting, the camera is able to handle them really well. Not to mention, it is also able to keep the details in low-light parts of the scene. 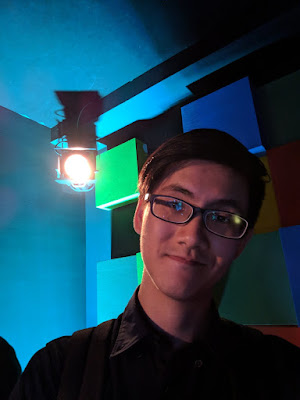 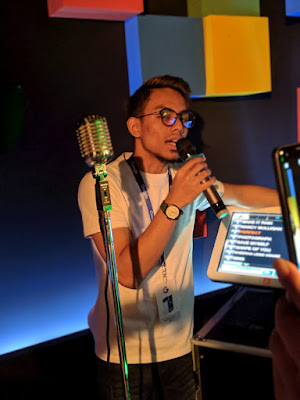 In conclusion, the Pixel 2 XL the best Android smartphone that have ever fallen onto my hands. With top-of-the-line SoC, amazing design direction and practical way an AI is actually used, the Pixel 2 XL almost has a seductive vibe to it. Even with the novelty wearing off, and a lack of headphone jack, Google’s finest still has a place in my heart. 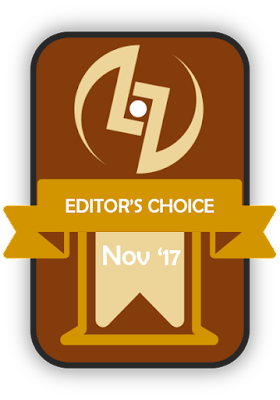 With the reasons said above, I feel that the Pixel 2 XL deserves our Editor’s Choice award as it doing well for all of the factors that we have tested the device on.