Smart city initiatives in Asia are building the future for better quality of life in the region, according to MIT Technology Review

Home » Smart city initiatives in Asia are building the future for better quality of life in the region, according to MIT Technology Review

Smart city initiatives in Asia are
building the future for better quality of life in the region, according to MIT
Technology Review 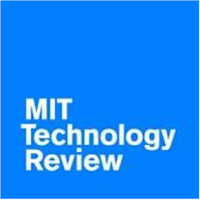 This is the conclusion of MIT
Technology Review’s latest report in collaboration with global media and
digital marketing communications leader, Dentsu Aegis Network. The report, “Connectivity
and QoL” looks at how digital consumer
habits and ubiquitous technology are driving smart city development in Asia
Pacific.
The report is based on extensive
in-market research efforts across eight key markets in the region – Australia,
China, Hong Kong, India, Japan, Singapore, South Korea and Taiwan. It includes
some two dozen in-depth interviews with senior executives in the economic
development, communications services, information technology, and advertising
and media industries. Key findings include:
•       Asian
governments and businesses are in many ways more willing to invest in
experimental models that exploit new technologies, business models, and urban
planning design, with “anchor” service sectors such as health care that can
serve wider communities.
•       Municipal
governments in Asia are engaging the private sector in uniquely collaborative
ways to build smart cities, based on a ‘value exchange’ where firms can meet
their own branding and marketing objectives, while still contributing to the
efficiency and quality of public service delivery.
•       Leading
Asian technology firms such as China’s Alibaba or Japan’s Panasonic are also
using smart cities as R&D platforms, to experiment with new technologies –
such as big data analytics or IoT and business models.
•       Smart cities
in Asia still face some development challenges:
“greenfield” smart cities with no established commercial or social
infrastructure often suffer from a lack of people willing to live in them,
while making existing cities ‘smarter’ can prove extremely complex.
•       Yet,
concurrently pursuing both “green-” and “brown”-field initiatives means that
economies in Asia will be able to develop urban environments which are more
compelling for their current and future knowledge workers.
Examining the smart city efforts of eight Asian economies,
the report found several best practices emerging in specific markets,
including:
•       Leveraging the cloud: Cloud computing infrastructure
that enables fast and cost-effective application development is an essential
foundation for smart cities is being developed regionally, particularly
Mainland China, Hong Kong, Singapore and increasingly India.
•       Creating “open” ecosystems: Sydney, Australia, has been a
leader in the promotion of public data as a common resource for smart city
developers, as has Singapore.
•       Consumer-driven application development: Creating
open “sandbox” environments is a key to creating and prototyping applications
that a city’s residents would find useful, many involving existing services
like public transportation “powered” by advertising.
•       IoT and sensor-based platforms:
Established technology and device exporters such as Korea, Japan, and Taiwan
are investing heavily in sensor- and device-based management to detect leaks,
theft, or security breaches and to facilitate better, more personalized
services for all consumers.
•       Cashless economies: Efforts to migrate transaction
payment to mobile platforms or frictionless card- or chip-based applications
are emerging in Singapore, Taiwan, and India, and are growing particularly fast
in China, driven by pervasive and powerful social media applications like
WeChat.
Download
full report here: mit–tr.co/ConnectivityQoL

Cities in the Asia Pacific region have served as the
catalysts for economic growth. Asia’s economies have grown at roughly twice the
speed of the rest of the world for nearly a quarter-century, through strong coordination
of government and business agendas around regional and global trade, focused
infrastructure investments, and a willingness to adopt leading-edge
technologies.
Asian cities grew by nearly one billion people between 1995
and 2015 – more than all other regions in the world combined. Urban growth has
also brought challenges; fast-expanding cities have strained transportation
systems, power and sanitation infrastructure are particularly problematic in
Asia’s poorer cities. Increased energy consumption, deforestation and car
ownership in the region has turned Asia into the world’s largest contributor to
greenhouse gas levels.
These challenges mean that, just as
Asian cities have been critical platforms for accelerating economic growth,
they are also serving as the region’s crucible for innovation on sustainable
growth. A report by MIT Technology Review in collaboration with Dentsu Aegis
Network, “Connectivity
and QoL”, states that increasingly, smart
city initiatives in Asia are being developed and driven to improve quality of
life for the region’s citizens and consumers, to manage cities’ growth
sustainably, and to maintain their global competitiveness. It is based on
extensive in-market research and nearly two dozen in-depth interviews with
senior executives in the economic development, communications services,
information technology, and advertising and media industries. The report
includes eight case studies which review the smart city development efforts of
eight leading economies across Asia, including Australia, China, Hong Kong,
India, Japan, Singapore, South Korea and Taiwan.
The need to fuse the commercial
motivations of the private sector with the civic and governance
responsibilities of municipal governments and the state will continue to
present a coordination challenge. Smart urban spaces can become magnets for
creativity, talent, and innovation, thus making them more globally competitive.
Smart cities in Asia have set their sights far beyond basic efficiency gains,
to increasing their overall competitiveness as an economy.
Each of the Asian economies approaches smart city
development with a unique mix of policies and “natural resources” – technology
sector talent, existing industry clusters, and communications and Internet
infrastructure assets.
“While no two Asia Pacific markets
have the exact same mix of smart city strategies or “assets”, we have
found that nearly all such projects attempt to use smart cities to serve two
goals simultaneously: address immediate infrastructure or service delivery challenges
while “future-proofing” their economies against threats looming on the
horizon,” says Elizabeth Bramson-Boudreau, CEO and Publisher at MIT Technology
Review. She adds:
“Asia’s most innovative smart city efforts also open
themselves up to collaboration with the private sector to not only address
these issues but to create exportable technologies and applications.”
The opportunities to be found in
testing and refining concepts – in part to “export” successful ones to other
markets – adds to the natural gravitational pull of cities rich in technology
businesses, such as Shenzhen, Seoul, or Bangalore.
But the greater opportunity for enterprises and consumers in
Asian cities lies in the larger ecosystem of connectivity and collaboration
created by the platforms and applications that smart cities make possible.
Using ubiquitous mobile broadband networks, frictionless payment systems, and
deep analytics fueled by cloud computing, brand owners and marketers, it can
engage consumers in ways that make cities more sustainable, and city life more
equitable, for everyone.