MUSIC MATTERS 2017 PRESENTED BY TENCENT:
STREAMING FORCES MUSIC INDUSTRY REVOLUTION IN ASIA
With new reports reaffirming its worth to Asia’s music industry, streaming is set to be one of the key talking points among industry leaders when All That Matters returns to Singapore this September. 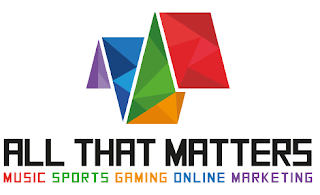 SINGAPORE, 31 August
2017 – The record-breaking Music Matters 2017
presented by Tencent will see a huge focus on streaming and how the technology
has permanently altered the industry.
The complex predictive
algorithms behind the seemingly simple playlists are now enabling
personalization, garnering unprecedented engagement and therefore, generating
revenues in billions. In its Global Entertainment & Media Outlook 2017-2021
report, PwC predicted that internet streaming will become the largest source of
global recorded music sales in 2017 as revenues from services including Spotify
and Apple Music surpass sales of CDs and vinyl records for the first time.
The report goes on to
say that streaming revenues will rise an impressive 37 per cent to $9.1bn in
2017, driven by further adoption of streaming around the world.
Streaming is one of
the hot topics to be debated at All That Matters (ATM), Asia’s leading music,
sports & entertainment industry festival, which takes place from September
9-13 at The Ritz-Carlton Millenia, Singapore.
Part of the award
winning ATM festival and now in its 12th year, Music Matters 2017 boasts 12
keynotes, 35 speakers new to the event, plus a stellar line-up from the music
industry’s glitterati including Cussion Pang (CEO, Tencent Music Entertainment
Group), Lyor Cohen (Global Head of Music, YouTube), Hartwig Masuch (CEO, BMG),
Alex Zhu (CEO, Musical.ly), Charles Caldas (CEO, Merlin), Joshua Burke (Global
Head of Music Sourcing, The Coca-Cola Company), Jeremy Wineberg (Co-founder,
Heard Well), Norman Halim (Group CEO, KRU Music), Paras Sharma (SVP and GM,
Viacom International Media Networks), T. Jay Fowler (Director, YouTube), Tom
Windish (Senior Executive, Paradigm Talent Agency), and Will Page (Director of
Economics, Spotify), attendees will have the opportunity to hear from, and pose
questions to, some of the leading players who are driving the industry.
Streaming is helping
drive growth in developing music markets, with total annual music revenue in
China up by 20.3% and India by 26.2%. According to The Economist, consumers in
China have begun paying for music. Digital-music revenues, driven mainly by
steaming has quadrupled to $195 million over the past five years in China, the
report said.
The dominant player in
the music streaming industry in China is Tencent Group. Keynote speaker at All
That Matters, Cussion Pang, CEO of Tencent Music Entertainment Group, said:
“The unprecedented growth in recent years has made the Chinese music
industry the most exciting market in the world. As the leader for the online
music industry in China, Tencent Music Entertainment Group is at the forefront
of this development.”
“We’re proud to be the
presenting sponsor of Music Matters at All That Matters this year, where we’d
love to share our insights with the global music industry and take the
conversations around digital music and streaming to a new level, said Pang.”
Streaming has led to
the growth of the music industry in markets that were not necessarily viewed as
profitable or mainstream in the past. According to Charles Caldas, CEO at
Merlin, the emergence and global growth of streaming services has created a
truly global marketplace for its labels, regardless of where they are from.
“Not only are we
seeing labels from the West discovering significant new audiences in South
America, Asia and Russia, we are equally seeing labels in South America and
Asia finding audiences in the West. We are only just starting to understand the
impact of this global marketplace, but we feel strongly that for our labels,
the streaming market is delivering revenues from previously untapped markets,
and opening the market to new players in a way that is unprecedented in the
music business,” he added.
According to the IPFI
Global Music report, year-on-year streaming revenue saw a growth of 60.4
percent in 2016 driven by the 112 million users of paid music streaming
subscriptions. Growth in streaming more than offset a 20.5% decline in downloads
and a 7.6% decline in physical music revenue over the same period.
Record companies have
continued to fuel this revenue growth through ongoing investment, not only in
artists, but also in the systems supporting digital platforms, which has allowed
for the licensing of over 40 million tracks across hundreds of services.
[Source: IPFI Global Music Report 2017]
Jasper Donat,
Co-Founder & CEO of All That Matters organiser Branded, said: “The music
business has recorded one of the most stellar comeback stories of all time and
Music Matters will be celebrating its renaissance. From almost zero to digital
hero the music industry is driving the entertainment agenda, causing other
media and entertainment industries to sit up and take notice.”
“The Music Matters
conference is presented by Tencent and this year showcases the game-changers
in China plus the global streaming platforms that have driven growth
alongside  multi-national brands,, we’ve got the entire music ecosystem
covered and fully expect their cousins in sport, online entertainment and
gaming to learn a lot from the music programme this year,” he added.
Tickets to All That Matters are available to buy, priced from
US$599 at http://www.allthatmatters.asia/main/.
Attendees can also sign up to All That Matters Weekly Trends for the latest
programme announcements and updates at: http://eepurl.com/bcVDiv
Information Source:
IPFI Global Music Report 2017; The Economist