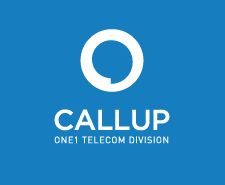 Apache Cassandra is an Open Source,
“NoSQL” distributed database management system designed to handle
large amounts of data across many servers quickly and reliably, whether running
in the Cloud or in a hybrid data store.

“We are very pleased to join numerous
companies, in many industries, that power demanding applications with Apache Cassandra,” said Alon Roth, CALLUP’s
CEO.  “The combination of CALLUP SMSC and Apache Cassandra results in a
most advanced SMS center, with unparalleled performance which can help carriers
enter a new era in SMS management.”

CALLUP SMSC is a feature-rich, high-performance
and high quality SMSC platform. Utilizing state-of-the-art technology, it
offers high capacity traffic and supports all network messaging technologies –
including GSM MAP, SIP/IMS and IS-41. CALLUP SMSC is protected from overload, by constantly measuring the
success rates, response times from other elements (STPs, HLRs etc.), and other
algorithms, to maintain the best service level possible even under high loads.

SMSC 5.0 includes an advanced dashboard providing quick insights on the
status and performance of the SMSC. Other improvements implemented in the
messaging gateways provide higher throughput per node, making the system
capable of managing tens of thousands of transactions per seconds (TPS) with
minimal hardware requirements.

Founded in 1999, CALLUP provides Value Added Services (VAS) and Mobile
Device Management (MDM) Solutions. CALLUP is a subsidiary of the One1 Group,
headquartered in Israel and listed on the Tel Aviv Stock Exchange (TASE: ONE).
CALLUP’s customer base spans the globe and includes fixed, mobile, VoIP telecom
operators, MVNEs and MVNOs, as well as leading telecom providers that CALLUP
serves as an OEM. For more information, visit www.callup.net

“Apache”, “Cassandra”, and “Apache
Cassandra” are registered trademarks or trademarks of the Apache Software
Foundation in the United States and/or other countries.