Little Nightmares: The Depths DLC Review | How Scary Can Swimming With Grandma Be? - The Tech Revolutionist

Little Nightmares: The Depths DLC Review | How Scary Can Swimming With Grandma Be?

Home » Little Nightmares: The Depths DLC Review | How Scary Can Swimming With Grandma Be?

The Depths is the first chapter into Little Nightmare’s expansion, Secret of The Maw. In the game, you are put into the shoes of The Runaway Kid, one of the many child prisoners in the Maw. Like Six, you will be tasked with only one single objective – to escape the Maw.

One interesting thing that will be noticed is that The Runaway Kid’s escapade is actually around the same time period as Six’s journey! Even though the new chapter mostly takes place in other sections of the Maw, there are several areas that will be familiar to players. Furthermore, furniture that were fastened down or hanging on the ceiling may seem to be an artistic choice by the developers at first. In The Depths, it is found out that the rooms seemed to be often flooded, thus the need to secure the furniture in place. 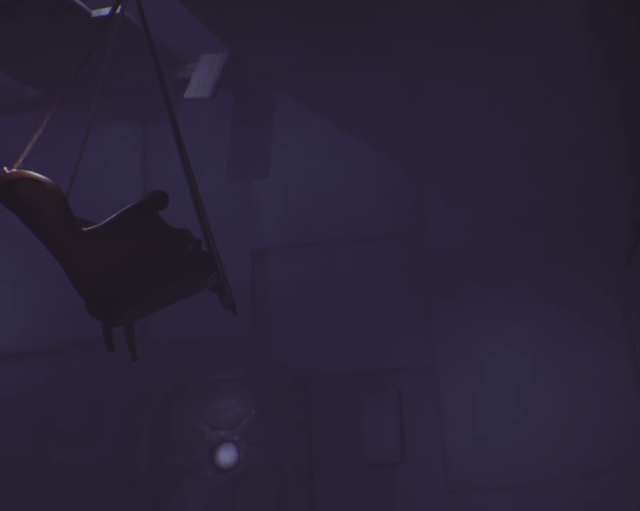 The first chapter of the Secret of The Maw also ends satisfyingly by tying everything back to the main game. If you have not played the main game, Little Nightmare, do check out our review here. 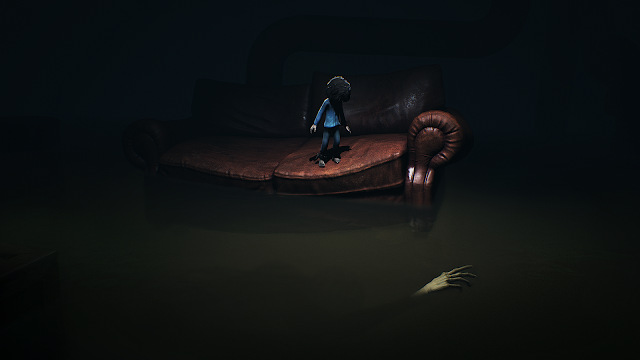 Like the main game, the developers also managed to recreate a hair-raising atmosphere throughout the entire DLC chapter. This is done through featuring an unnerving soundtrack, that is also coupled with an unknown yet frightening Granny – who is lurking about in the deep depths of the murky water. 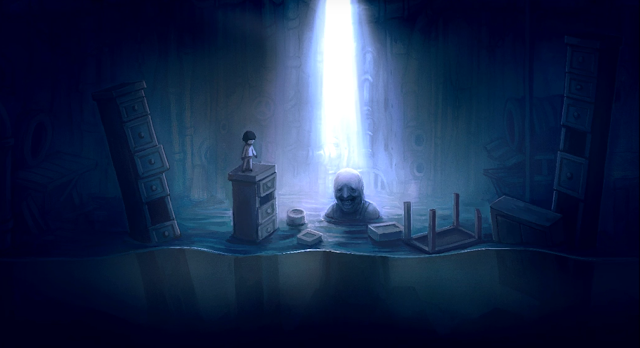 Unlike the main game, The Depths is focused more around flooded rooms and a single foe, the Granny. The main mechanics of the DLC is based around the idea of the ‘Floor is Lava’. You will be forced to get in and out of the water as fast as possible to avoid her. Moreover, to keep you on your toes, the controller will start ramping up its vibration whenever she comes too close for comfort. The feeling of helplessness is also doubled when you realize that she can knock you back into the water if you stay on a floating platform for too long. Not to mention, swimming is also super slower.

The only issue with the game is the noticeable lag at one particular area (running on a PS4). Thankfully, it was only for a short moment and did not affect the gameplay in a major way. As always, your mileage may vary when it comes to performance.

The Depths spine-chilling ambient, new gameplay mechanic, and a new foe makes the game a very compelling and worthwhile experience. Because of how well the first chapter of the Secret of The Maw is put together, I am definitely looking forward to the next one coming this November. You can get it from the PlayStation®Network, Xbox Live Store and STEAM®.