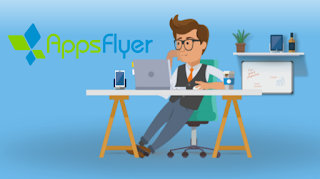 JAKARTA, Indonesia,
July 5, 2017 – AppsFlyer, the leading global mobile marketing
attribution analytics company, today announced its partnership with Indonesia’s
largest social commerce platform KASKUS to integrate its industry-leading
solutions with KASKUS’ popular social platform.
The strategic tie-up will streamline KASKUS’ ad performance,
increase measurement capabilities and offer KASKUS access to AppsFlyer’s extensive
advertiser network base. In addition, AppsFlyer’s capabilities will enable KASKUS
to effectively and accurately track ad traffic and filter out fraudulent
activities for more impactful business results.
KASKUS is known
in Indonesia for its various forums and online marketplace where users can buy
and sell items. Founded in 1999, KASKUS prides itself on its community-driven
roots and to date, has amassed over 9.8 million users, and
more than 20,000 communities on its platform. Kaskusers (KASKUS members) can
now access KASKUS through website, mobile website and mobile apps which can be
downloaded in both Apple and Android devices.
“Prior to engaging AppsFlyer, we did
not have a concrete way of tracking our digital advertising efforts within our
extensive online ecosystem,” said Ronny W. Sugiadha, Chief Marketing Officer of
KASKUS. “We are excited and pleased with what AppsFlyer brings to the table
with its solutions. It will not only help to track our traffic and ensure ad
quality, but will also connect us to the its large base of global advertisers.”
“This partnership
represents an exciting time in Indonesia’s mobile app marketing landscape and
we are absolutely thrilled to be working with one of the largest social
e-commerce platforms in Indonesia to maximise their digital advertising
efforts,” said Paul Michio McCarthy, Director of Sales, APAC, AppsFlyer. “We
are registering strong advertiser interest from our network in Indonesia and globally as well and foresee tremendous
opportunities in supporting KASKUS in achieving business success with current
and potential advertisers.”
Since 2014, AppsFlyer
has worked with many of Indonesia’s largest digital native companies to track
their mobile ad campaigns and improve the quality of advertisements that are
delivered to their users. AppsFlyer has also built a strong presence in
Indonesia’s e-commerce industry, counting 17 of the top 20 shopping apps in
Indonesia as its partners. Recently, AppsFlyer released its first ever
Indonesian Performance Index which measures and ranks the top media
sources in mobile advertising by combining retention and scale.
About AppsFlyer
AppsFlyer’s
technology is found on over 98% of the world’s smartphones, making it the
global leader in mobile attribution and marketing data analytics. Data-driven
marketers rely on AppsFlyer for independent measurement solutions and
innovative tools to grow their mobile business. AppsFlyer’s platform processes
billions of mobile actions every day, empowering mobile marketers and
developers to maximize the return on their marketing investments. With AppsFlyer’s
NativeTrack TM Attribution, Marketing Analytics Data, OneLink’s Deep linking
capabilities and the Active Fraud Suite featuring DeviceRank, AppsFlyer is the
go-to resource for the most successful mobile apps in the world. Trusted by
Facebook, Google, Twitter, Pinterest, Tencent, HBO, Playtika, Waze, Alibaba,
Kayak, Activision, Tokopedia, Go-Jek and 10,000+ other leading brands and
partners, AppsFlyer has 12 global offices to support every app marketer around
the world. To learn more, visit www.appsflyer.com.
About KASKUS
KASKUS is Indonesia’s largest social commerce
platform. It was founded in 1999 by Andrew Darwis while studying in Seattle,
USA. In 2008, KASKUS was officially became a company under PT. Darta Media Indonesia.
KASKUS provides discussion forums and facilitates commerce
(JB) in its diversified portfolio of services. It has more than 9.8 million
registered members and
approximately 20,000 communities with 2.5 million Twitter followers and more
than 1 million Facebook followers. It
currently has more than 150 employees at its Jakarta headquarters.

How Agile Technology Could be the Key to Manufacturing Prosperity