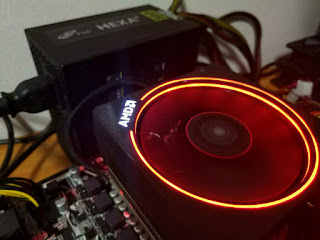 When we first tested the AMD Ryzen 1600X, we were simply surprised at its rather high overclocking headroom as compared to the other Ryzen models we had on hand. We decided that we should push this chip to its limit on the AMD Wraith Max cooler that was included in the review set and find out how much more Cinebench cb scores we can get out from this hexa-core part.
As the Ryzen 1600X is a hexa-core processor, it is in fact already much cooler than the Ryzen 7 series out of the box. This allows us to apply more voltage across the processor for a higher clock without worrying too much about temperatures. We managed to squeeze out an additional 0.2GHz on the system, allowing all 6 cores to run at 4.2GHz to complete the Cinebench R15 run. Do note that this setup may not be 100% stable, and was tweaked specifically to complete the Cinebench R15
benchmark. 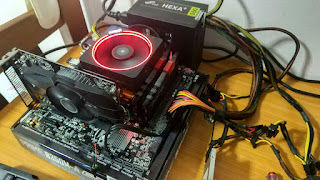 As seen, our Ryzen 5 1600X setup was able to clock in a score of 1440cb for the multi-threaded test when overclocked, while the stock the Ryzen 7 1700 was just a little slower at 1419cb. This has also shown how well the Ryzen processors scales according to their frequencies. There was quite a significant increase in performance when clock speeds were increased, until even the fact that a hexa-core Ryzen processor was able to outperform the more expensive octa-core variant. 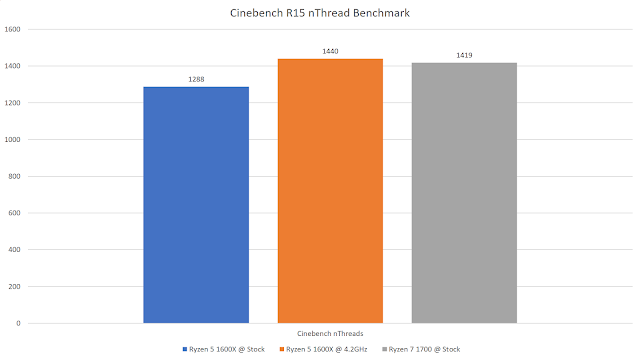 However, it must be taken into consideration that not all processors will have the ability to be overclocked to reach the settings as stated above. It largely depends on your luck and on the quality of yield of the processor. We were considered fortunate to have a 1600X that was able to reach 4.2GHz on air. In fact, we even managed 4.3GHz with only 2 cores enabled and SMT disabled. This gave us a single core thread score of 179cb.

THE EXTREME GLOBAL SPORT OF RALLYCROSS HURTLES INTO PROJECT CARS 2